As Zimbabwe reports first coronavirus case, fears are rising over the country’s capacity to cope with a major outbreak. 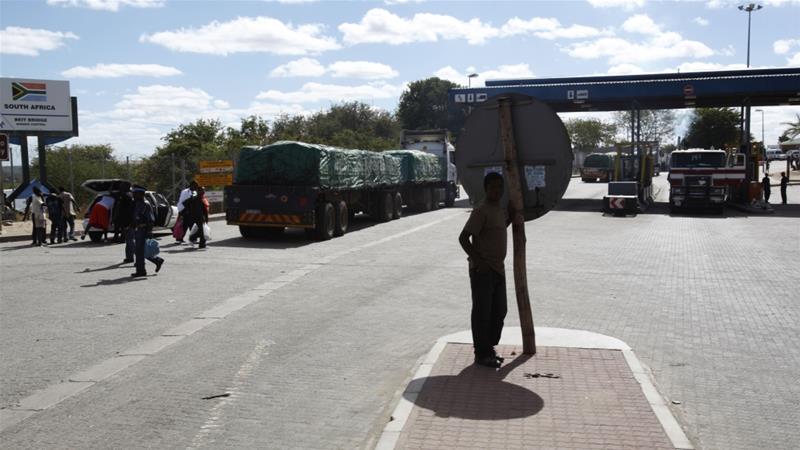 Harare, Zimbabwe – Officials in Zimbabwe have reacted indifferently to South Africa’s announcement that it planned to erect a fence along the border with its neighbour as part of measures to stem irregular migration and contain the spread of the new coronavirus.

“Some people build durawalls around their houses, fields or properties and some put up fences. This is a choice people make on how to show their boundaries,” Nick Mangwana, spokesman for Zimbabwe’s government, told Al Jazeera on Friday.

“The type of demarcation they choose is their sovereign right. The same applies to international boundaries.”

His comments came as Zimbabwe on Friday confirmed its first case of COVID-19, the highly infectious disease caused by the new coronavirus. South Africa has reported 202 cases to date.

The planned 40km (25-mile) fence is to be erected on both sides of the Beitbridge Land Port of Entry to “ensure that no undocumented or infected persons cross into the country”, Patricia de Lille, South Africa’s public works minister, said in a statement on Thursday, adding that the move could not be viewed as xenophobic.

“At the border post now, you’ve got health inspectors and you’ve got environmental professionals and they are doing the testing and screening at the border. But if somebody just walks over the border, there are no such facilities,” she said.

Thousands of Zimbabweans have for years been entering South Africa, the continent’s most industrialised country, via undesignated and other points along the border to escape a deepening economic crisis at home.

With unemployment hovering around 30 percent, South Africa has long been meaning to reduce what it perceives as irregular migration from Zimbabwe and a threat to local jobs – but it has been hesitant to take bold action on the issue.

Zimbabweans interviewed by Al Jazeera in the capital, Harare, were unperturbed by South Africa’s announcement.

“I don’t think there is a problem if they [South Africa] are trying to ensure that people use designated border points to enter,” Anesu Gutsa said.

“I think we will have a problem when they close the border completely to us. Should the border be closed, that could affect Zimbabweans in a big way. We rely on South Africa products as a country.”

In recent weeks, an increasing number of countries have been tightening controls at borders, or outright sealing them off, as well as banning travel from certain countries in a bid to curb the spread of the coronavirus pandemic.

More than 271,000 people worldwide have been confirmed as having contracted the coronavirus and 11,280 have died, according to figures by Johns Hopkins University. Some 87,000 people have recovered.

The outbreak reached Africa later than other continents, but almost 40 countries have now confirmed cases.

In Zimbabwe, fears are rising that the country could descend into crisis amid a major outbreak owing to a lack of preparedness and a collapsing healthcare system. The country’s nurses and doctors have been striking since last year.

Zimbabwe’s economy plunged in the aftermath of its controversial land reform exercise at the turn of the new millennium to correct what the government of the late Robert Mugabe viewed as historical imbalances on land ownership.

Norman Matara, secretary of the Zimbabwe Association of Doctors for Human Rights, expressed dissatisfaction over the country’s COVID-19 preparedness, saying only 16 people have been tested to date.

Commenting on South Africa’s announcement, Matara said its decision “could be informed by the fact that there are no diagnostic kits at Beitbridge border post”.

“By limiting people coming into the country, the South African government is trying to protect their own people. That is the mandate of any government.”