Tensions in Asia soared this week as US speaker Nancy Pelosi visited Taiwan, triggering several live-fire military drills from China. Ms Pelosi made the journey as part of her tour of Asia despite numerous warnings from China to avoid the island. Even those in the US, including President Joe Biden, suggested that the visit may be passed-on. Beijing has since responded to the trip by launching military exercises in areas surrounding Taiwan, with Taiwan reporting missiles being shot near its waters just off the island.

Taiwan responded by placing its military on alert.

Tensions could yet further escalate after five Chinese missiles were fired into Japan’s exclusive economic zone.

China views Taiwan as a breakaway state and aims to one day reunify it with the mainland.

In recent years, many security experts have feared that Beijing could grow frustrated and invade Taiwan.

While China has a far larger and better equipped military, one expert claimed an invasion would not be straightforward.

In July, CNN spoke to various military experts about how a Chinese invasion of Taiwan could pan out. 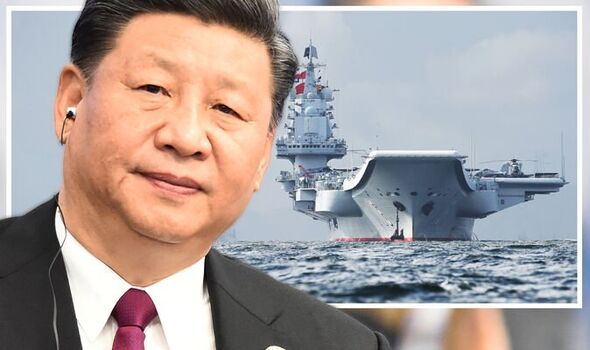 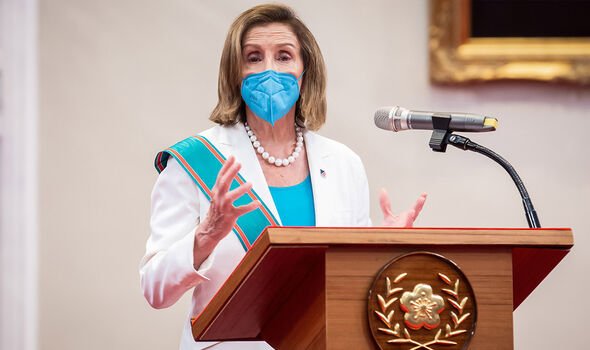 Phillips O’Brien, professor of strategic studies at the University of St. Andrews in Scotland, made surprising remarks.

He said: “The thought about China invading Taiwan, that’s a massacre for the Chinese navy.”

Mr O’Brien argued that Taiwan’s investment in cheap but effective anti-ship missiles will make it difficult to penetrate their defences.

He continued: “Taiwan is mass-producing these things. And they’re small, it’s not like (China) can take them all out.

“What’s cheap is a surface-to-ship missile, what’s expensive is a ship.”

Thomas Shugart, a former US Navy submarine captain, also agreed that China would take a lot of fire. 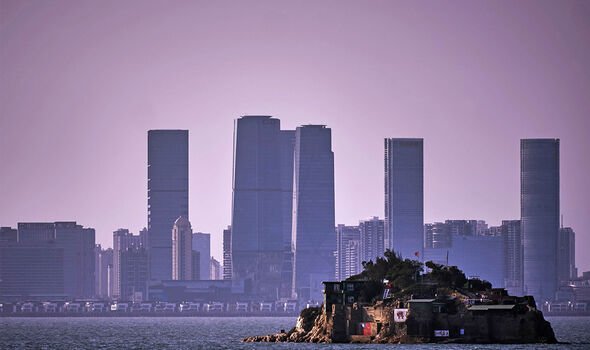 But he says China’s huge numerical advantage could feasibly be too much for the Taiwanese, as long as Beijing is willing to lose a lot of ships.

Mr Shugart added: “There’s gonna be hundreds if not thousands of (Chinese) vessels there to soak up those (Taiwanese) missiles.”

Howard Ullman, a former US Navy officer, wrote an article on the same issue for the Atlantic Council in February.

He said: “With a potential defending force of 450,000 Taiwanese today, China would need over 1.2million soldiers (out of a total active force of more than 2 million) that would have to be transported in many thousands of ships.”

Mr Shugart concluded that China “simply lacks the military capability and capacity to launch a full-scale amphibious invasion of Taiwan for the foreseeable future.”

Any invasion would not only be decided by battles at sea, as the contest in the air is also important. 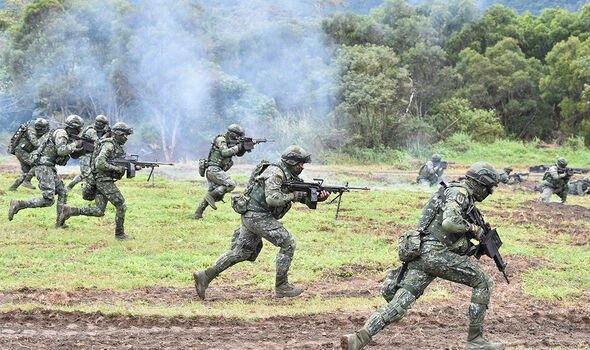 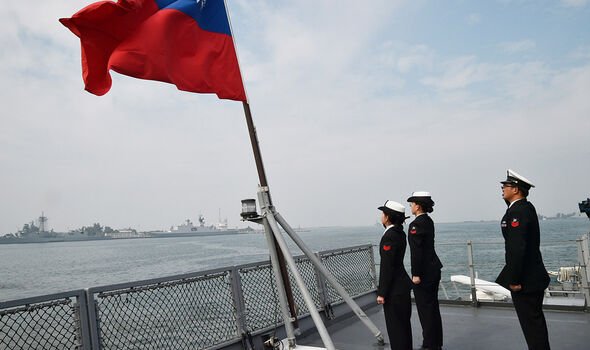 While China would once again have the advantage, experts say Beijing’s troops would yet again face big challenges.

Taiwan has a deal with the US which would see Washington provide anti-aircraft weaponry, and according to Janes, a company specialising in military, national security, aerospace and transport, Taiwan’s investment into its own weapons means its missile production capabilities have tripled in recent years.

The country last fought in active combat in 1979, in a border conflict with Vietnam.

Bonnie Glaser of the German Marshall Fund of the United States also told CNN that, in the 1979 battle, China “really got a bloody nose, it was not a very successful operation.”

She added: “So China’s military today is not battle tested, and it could suffer great losses, if it indeed attacked Taiwan.”

The war in Ukraine has also shown how difficult invasions can be.

Russian forces entered the country in late February with the aim of seizing the capital Kyiv and toppling the government led by president Volodymyr Zelensky.

Five months on, Russia holds around 25 percent of Ukrainian territory, mainly in the south and the east of Ukraine.

Ukraine is now launching a counteroffensive in the hope it can drive the Russians away from key cities.