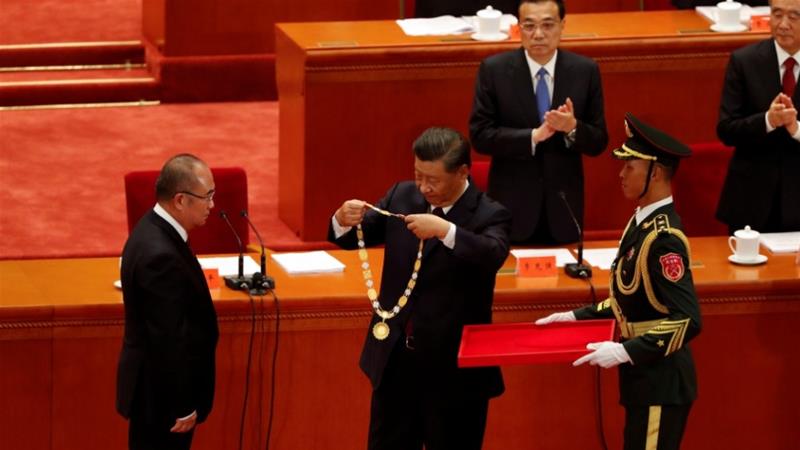 Chinese President Xi Jinping has defended his country’s handling of the coronavirus saying Beijing acted in an open and transparent manner, and that it had taken concrete efforts that helped save tens of millions of lives around the world during the pandemic.

Speaking at a ceremony honouring those at the forefront of the fight against coronavirus, Xi declared on Tuesday that China was the first large economy to return to growth during the pandemic – a fact he said demonstrates the country’s strong abilities and vitality.

China has been facing intense criticism by several countries, including the United States and Australia, over its response to the disease, which first emerged in Wuhan late last year and has now spread around the world with some 27.3 million confirmed cases and a death toll exceeding 892,000.

Lockdowns imposed to curb the virus have also ravaged economies, and with no effective vaccine yet developed, the disease continues to spread worldwide raising the risk of further disruption.

Xi has also been criticised within China over the coronavirus outbreak, with one outspoken professor, Xu Zhangrun, accusing him of ruling “tyrannically”.

Xu, who was arrested in July, also blamed the culture of deception and censorship fostered by Xi for the spread of the disease.

Beijing has been trying to reframe the story of COVID-19, with top government officials declaring it too soon to conclude that the deadly disease originated from China.

State media and officials are also emphasising the recovery in Wuhan as a success story in the fight against the virus.

They are also touting progress on domestic vaccines as a sign of Chinese leadership and resilience.

Neither vaccine has hit the market yet but the makers hope they will be approved after all-important phase-three trials as early as year-end.

A Sinovac representative told AFP news agency on Tuesday that his firm has already “completed the construction of a vaccine factory” able to produce 300 million doses a year. 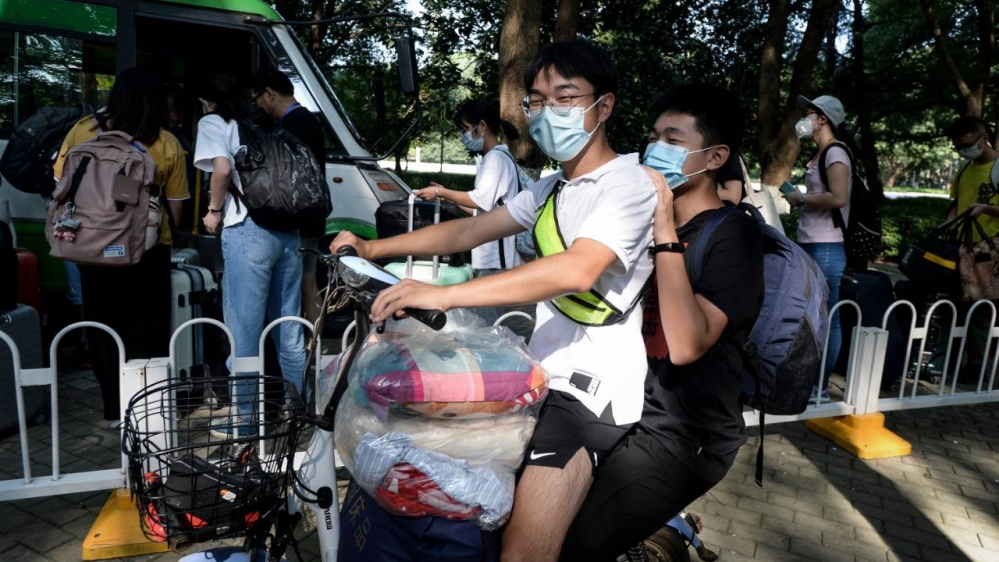 On Monday, people at the trade fair crowded around booths showing the potential game-changing vaccines.

In May, President Xi pledged to make any potential vaccine developed by China a “global public good”.

The potential vaccines are among nearly 10 worldwide to enter phase-three trials, typically the last step ahead of regulatory approval, as countries race to stamp out the virus.

Sinopharm said it anticipates the antibodies from its jab to last between one and three years – although the final result will only be known after the trials.

China’s state-owned Global Times reported last month that “the price of the vaccines will not be high”.

Every two doses should cost below 1,000 yuan ($146), the report said, citing Sinopharm’s chairman, who told media he had already been injected with one of the candidate vaccines.

China’s official Xinhua news agency also reported on Monday that another vaccine candidate, developed by Chinese military scientists, was able to deal with mutations in the coronavirus.

As of last month, at least 5.7 billion doses of the vaccines under development around the world had been pre-ordered.

However, the World Health Organization has warned that widespread immunisation against COVID-19 may not be on the cards until the middle of next year.