Home » World News » Would you report a lockdown rule-breaker? 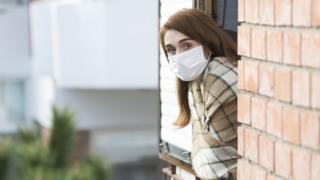 Much of the world is in some form of a coronavirus lockdown. So if you saw someone breaking the rules, would you report them? Is it a civic duty – or spying on your neighbours? And what determines this difference?

Jenny and Veronika noticed the bar next door was open.

Like a prohibition-era speakeasy, it was letting people slip in the back, operating during the coronavirus lockdown.

They scowled at the drinkers who were flouting Chicago’s rules – a city suffering one of America’s largest outbreaks.

But, later, when a city official knocked on their door to ask about the bar, they had nothing to say.

“He had a huge shiny silver star badge like a sheriff,” Jenny said. “But when we had the chance, we decided we ain’t snitches.”

Around the world people have obeyed orders to stay home – but many like housemates Jenny and Veronika have faced a dilemma over when, if at all, to report the rule-breakers. Is it their civic duty – or should they mind their own business?

Many nations and cities have passed emergency laws to make breaking the lockdown a crime punishable by fines or jail. Some have promoted hotlines to gather intelligence

In the Australian state of Victoria, friends who gathered to play video games were reported to the police – and guests at an “illegal” dinner party were fined.

And as infections escalated across New South Wales – while crowds flocked to the beaches – that state’s premier, Gladys Berejiklian, urged people to report lockdown breakers.

More than 5,000 calls were made to the police in the week that followed.

But some callers had the wrong end of the stick. Police were alerted to a couple’s holiday pictures on Facebook – only for officers to discover on a doorstep visit that they were more than a year old.

In Singapore, where the law does not prize personal freedom over collective responsibility, an official app to report things like cracked footpaths has been updated to receive alerts of people out and about.

So many people filed reports – 700 in two days – the government urged the public to only tell them about things they had actually witnessed.

Outside of official hotlines – thousands have also engaged in online shaming forums. The largest Singaporean “Covidiot” group on Facebook has over 26,000 members. It’s littered with grainy pictures of alleged breaches – usually taken from some distance – the safety of one’s apartment balcony.

Is it unusual to report on others?

So is “dobbing in” – how it’s known in Australia – the right thing to do? Is it more ethical to report or not report someone sitting on a park bench?

People in their everyday lives – at the supermarket, at the park – are grappling with this, says moral philosopher Dr Hannah Tierney from the University of Sydney.

“I do understand the impulse to talk, especially in this situation,” says Dr Tierney. “Until a vaccine or treatment comes along, the only thing keeping people safe is social distancing.

“Even if it’s just a small percentage of people who fail to socially distance- that could well undermine everyone else’s hard work.”

Thus it can be extremely galling, she says, if people feel that others aren’t keeping their side of the bargain.

Minzheng Hou, a psychology researcher at the National University of Singapore, and his colleague, Associate Professor Lile Jia, have been studying what leads people to report their friends and families for crimes.

They’ve found that a strong community conscience threads through this decision-making.

Associate Prof Jia says: “It’s not like there are all these despicable people sitting at home, bored in quarantine, so they want to rat someone out and get someone in trouble.

“Overwhelmingly, the people reporting are people who want to do the right thing for the group.”

As the Australian holiday couple’s tale shows, however, there is the risk that people will project blame when they don’t know the full story. And that was partly behind Jenny and Veronkia’s decision not to report the illegally-opening bar in Chicago: they didn’t know for certain what was going on.

Moral philosopher Dr Hannah Tierney says the ambiguities around what is wrong and right to report in a lockdown could also have unintended consequences for both people – and the officials charged with maintaining it.

“I worry about the impact on vulnerable and marginalised populations in this kind of system where police are left to exercise discretion,” she says. 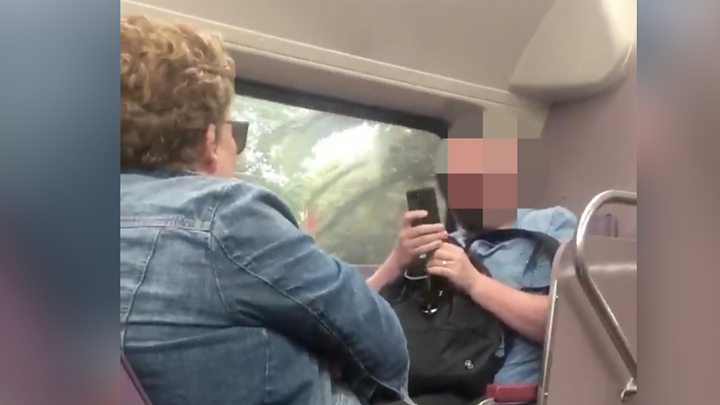 This ambiguity over what is permissible has led to a hot debate in the UK – police forces have asked for reports of breaches – but there are also grey areas in the lockdown law.

Secondly, British policing is based on the legal concept of “policing by consent” – that officers only have their exceptional powers to arrest and detain because the public wish them to act on their behalf.

After some weeks of debate over whether people could go for country walks – with some rural communities demanding a stop to it – police chiefs forces clarified it wasn’t a crime to drive a short distance for a rural walk.

Dr Tierney says for authorities it’s always a tricky to manage the balance between condescension and social empowerment.

“Punishing people who violate the rules is just one way of getting compliance. But it shouldn’t be the only thing we have in our toolbox.”