Barack Obama has condemned US President Donald Trump’s handling of the coronavirus pandemic, labelling it an “absolute chaotic disaster”. The former president launched a scathing attack on his successor in audio leaked from a private conference call with his former White House administration staff. Mr Obama said the Trump administration has a mindset of “what’s in it for me” and “to heck with everybody else”.

The dramatic intervention from Mr Obama did not draw a direct response from the President, but Donald Trump did attack the former president on Twitter this morning.

President Trump tweeted: “We are getting great marks for the handling of the CoronaVirus pandemic, especially the very early BAN of people from China, the infectious source, entering the USA.

“Compare that to the Obama/Sleepy Joe disaster known as H1N1 Swine Flu. Poor marks, bad polls – didn’t have a clue!” 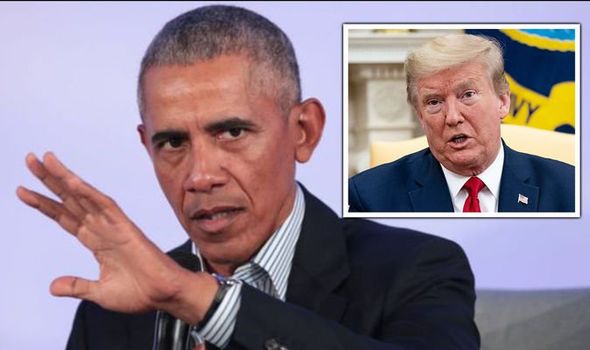 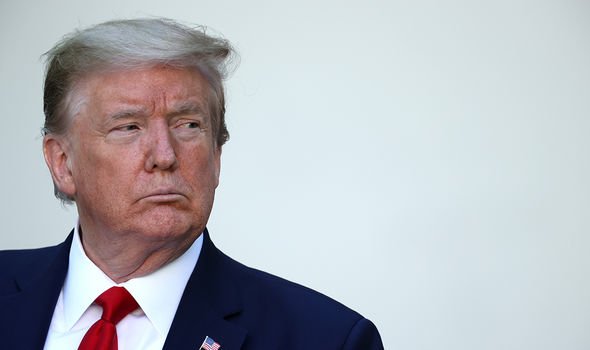 In the leaked call, the ex-president said: “What we’re fighting against is these long-term trends in which being selfish, being tribal, being divided, and seeing others as an enemy.

“That has become a stronger impulse in American life.”

Mr Obama said that the global response to the COVID-19 outbreak had been “anaemic and spotty”.

He said: “It would have been bad even with the best of government. 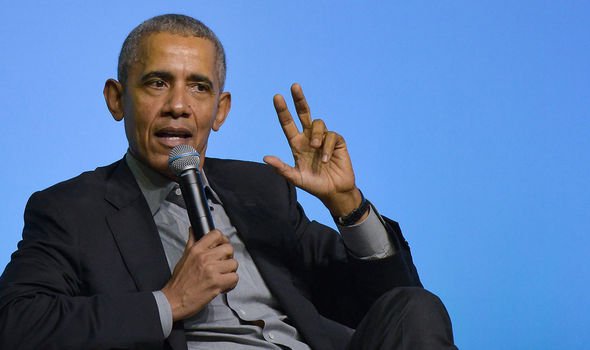 The US has suffered more fatalities from COVID-19 than any other country with more than 77,000 deaths.

Almost 1.3 million people have been infected in America so far.

Boris’ long-term plan exposed – severe lockdowns imposed on regions [VIDEO]
George Galloway claims this is why US is on the cusp of WW3 with China [VIDEO]
End lockdown?: Nine out of ten Brits want Boris to KEEP curfew [POLL] 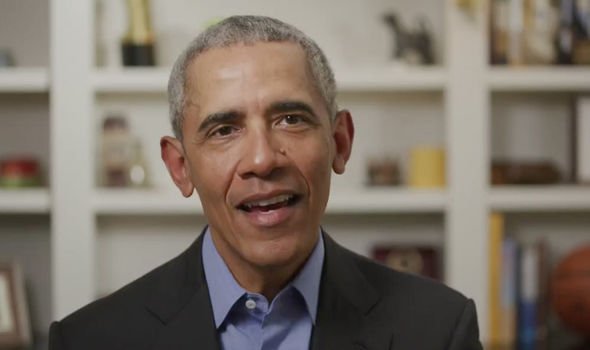 Later in the leaked audio, obtained by Yahoo News, the former president urged his former staffers to join him in working for Joe Biden ahead of November’s presidential election.

The former president vowed he will be “campaigning as hard as I can for Joe Biden”.

Mr Obama’s office has declined to comment on the leak.

Earlier in the crisis, President Trump accused the Obama administration of failing to stockpile adequate supplies.

Many states in the US introduced lockdown measures in March but have since lifted restrictions, allowing people to return to work.

Despite this, US health officials have warned that this may lead the virus to spread further.