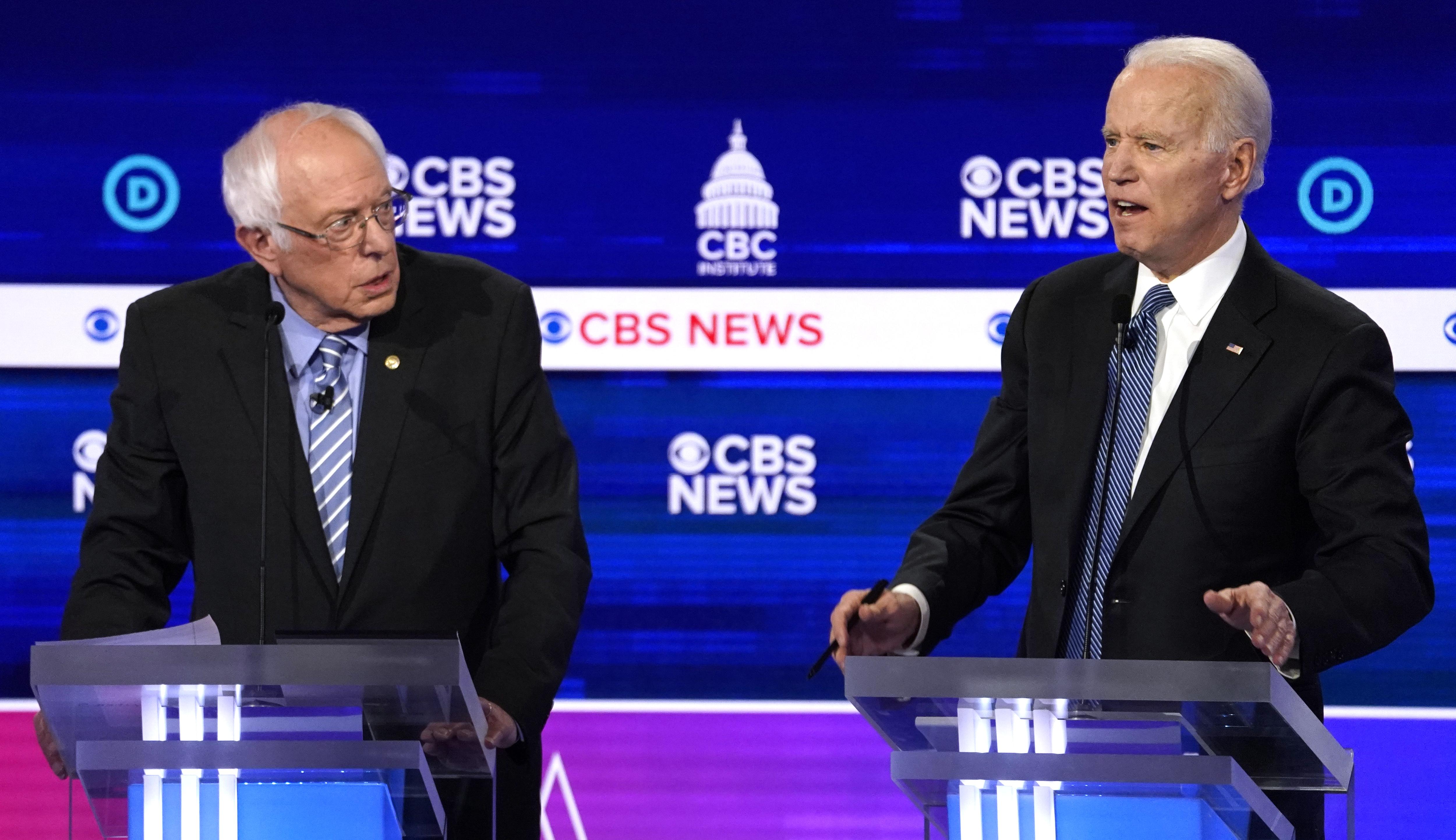 The similarities end there.

Sanders wants to end fossil fuel use completely in power and transport in less than 10 years. Biden, meanwhile, sees traditional power sources like natural gas still having a role to play, with the help of technology to deal with emissions.

Here are the climate strategies of the two candidates:

Joe Biden, who was vice president under Barack Obama, touts a $1.7 trillion plan to set the United States on a course to achieve 100% clean energy and net-zero emissions by 2050.

The plan, dubbed the Clean Energy Revolution, calls for the installation of 500,000 electric vehicle charging stations nationwide by 2030, ending fossil fuel subsidies, and providing $400 billion for research and development in clean technology.

Biden’s plan, however, sees some role for fossil fuels during the transition to a clean energy economy: It would invest money in carbon capture and sequestration, for example, a potential lifeline to coal- and natural gas-fired power plants.

Biden would also decline to impose a ban on fracking, a drilling technique that pumps water and chemicals into rock formations underground and has allowed the United States to vastly expand its production of oil and gas over more than a decade.

Biden has been silent, however, on whether Washington should ban U.S. oil exports – unlike Sanders, who has vowed to reinstate the ban. The United States initially banned oil exports in the 1970s to shore up domestic energy security, but lifted the ban in 2015 as U.S. output soared.

Biden’s critics say he needs to be tougher on fossil fuel interests to achieve his decarbonization goal.

In his plan, U.S. Senator Bernie Sanders of Vermont makes a nod to fossil-fuel executives he sees as blocking action on climate, saying, “We need a president who welcomes their hatred.”

His plan – dubbed the Green New Deal after a resolution sponsored by progressives in Congress and meant to evoke Democratic President Franklin Delano Roosevelt’s 1930s New Deal – would mobilize $16.3 trillion in public funding to power all U.S. transportation and generate all electricity from renewable sources by 2030.

He would do so in part by creating publicly owned utilities. Gasoline-fueled cars, meanwhile, would be phased out, while electric car-charging stations and public transport would get government support.

Meanwhile, Sanders would crack down on fossil fuels interests. He calls for a nationwide ban on fracking and for a ban on oil exports – moves that would hit the U.S. drilling industry hard.

Sanders, a democratic socialist, would also direct his Justice Department to bring lawsuits, both criminal and civil, against oil and gas companies for evading taxes, desecrating tribal lands, exploiting workers and poisoning communities.

The Sunrise Movement, the influential youth climate activist group, endorsed Sanders, saying he “grasps the scale of the climate crisis.” But Republicans and some labor leaders worry his plan is too extreme and would hurt the economy.

Sanders says the plight of fossil fuel workers in the energy transition has been neglected by companies and politicians. His plan would guarantee those workers five years of their current salary, housing assistance, and job training, among other things.