Mr Verhofstadt took to Twitter after US President Donald Trump confirmed his decision to pull almost 12,000 US troops out of Germany, which he branded “delinquent” for their failure to pay a minimum of two percent of GDP annually into NATO. The MEP, a frequent critic of the US President, posted: “Germany and EU continue to be bullied by @realDonaldTrump. “The problem is not money. EU countries combined are second biggest military spender (with China).

“Time for a real European defense market, strategy and army.”

Mr Habib, who was elected in the European Parliamentary elections in May 2019, suggested a reality check was in order.

He replied: “Guy we know you want an Empire. 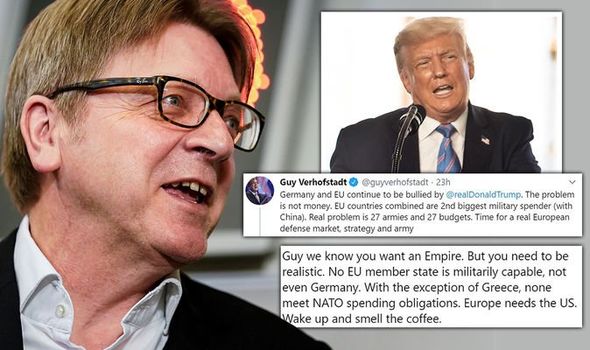 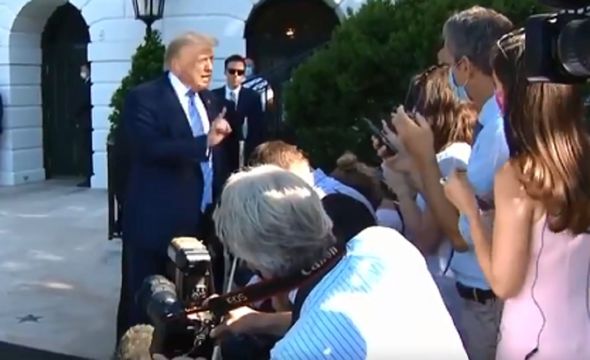 Europe needs the US. Wake up and smell the coffee

“But you need to be realistic. No EU member state is militarily capable, not even Germany.

“With the exception of Greece, none meet NATO spending obligations.

“Europe needs the US. Wake up and smell the coffee.”

He commented: “Guy, a quick reality check for you.

“1) The EU is not one sovereign entity. If you declared it one, it would fall apart overnight.

“2) No matter how capable, armed forces are no better than the willingness of their leaders to fight and the rapidity & agility their decision making.”

Another Twitter user added: “We remember you telling us this was a nonsensical fantasy during the referendum campaign.

“As ever your answer is ‘More EU’ but the EU did nothing about Nord Stream 2 of course.” 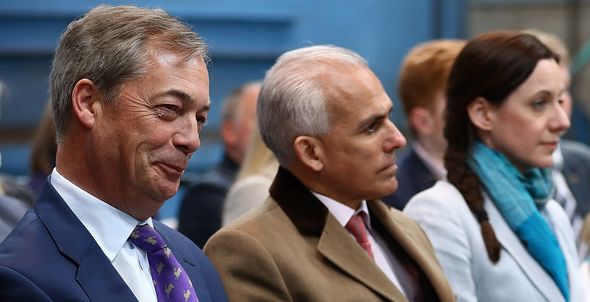 Another said: “I suspect that even among those of us who voted to remain this sort of proposal causes dismay.

“Had ideas such as this not been put forward the United Kingdom might still be within the European Union.”

“They’re way off. And they’ve been off for years and they have no intention on paying it.

“The United States has been taken advantage of.

“US troops are there to protect Germany, right? And Germany is supposed to pay for it.

“Germany’s not paying for it. We don’t want to be the suckers any more.

“The United States has been taken advantage of for 25 years, both on trade and on the military.

“So we’re reducing the force because they’re not paying their bills.” 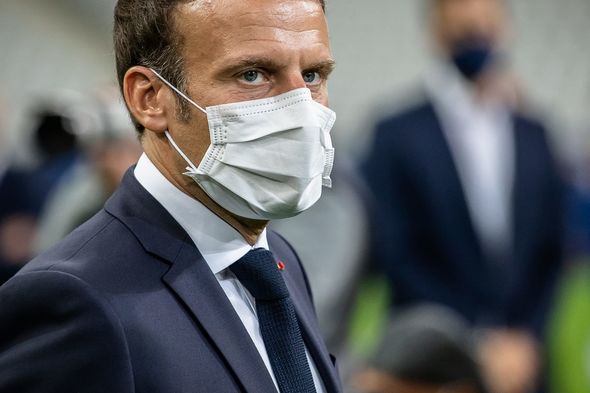 Mr Verhofstadt is not the only EU figure to float the idea of a European army.

French President Emmanuel Macron is known to be keen, and, speaking in November, European Commission President Ursula von der Leyen – herself a German citizen – said: “We must go our own European way with confidence.

“Soft power alone won’t suffice today if we Europeans want to assert ourselves in the world.

“Europe must also learn the language of power.” 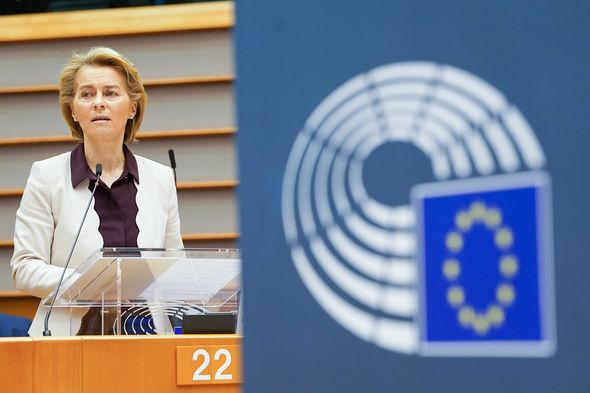