VATICAN CITY (Reuters) – People attending Masses in St. Peter’s and other papal basilicas in Rome will have their temperature checked as part of measures to contain the spread of coronavirus, the Vatican said on Thursday. 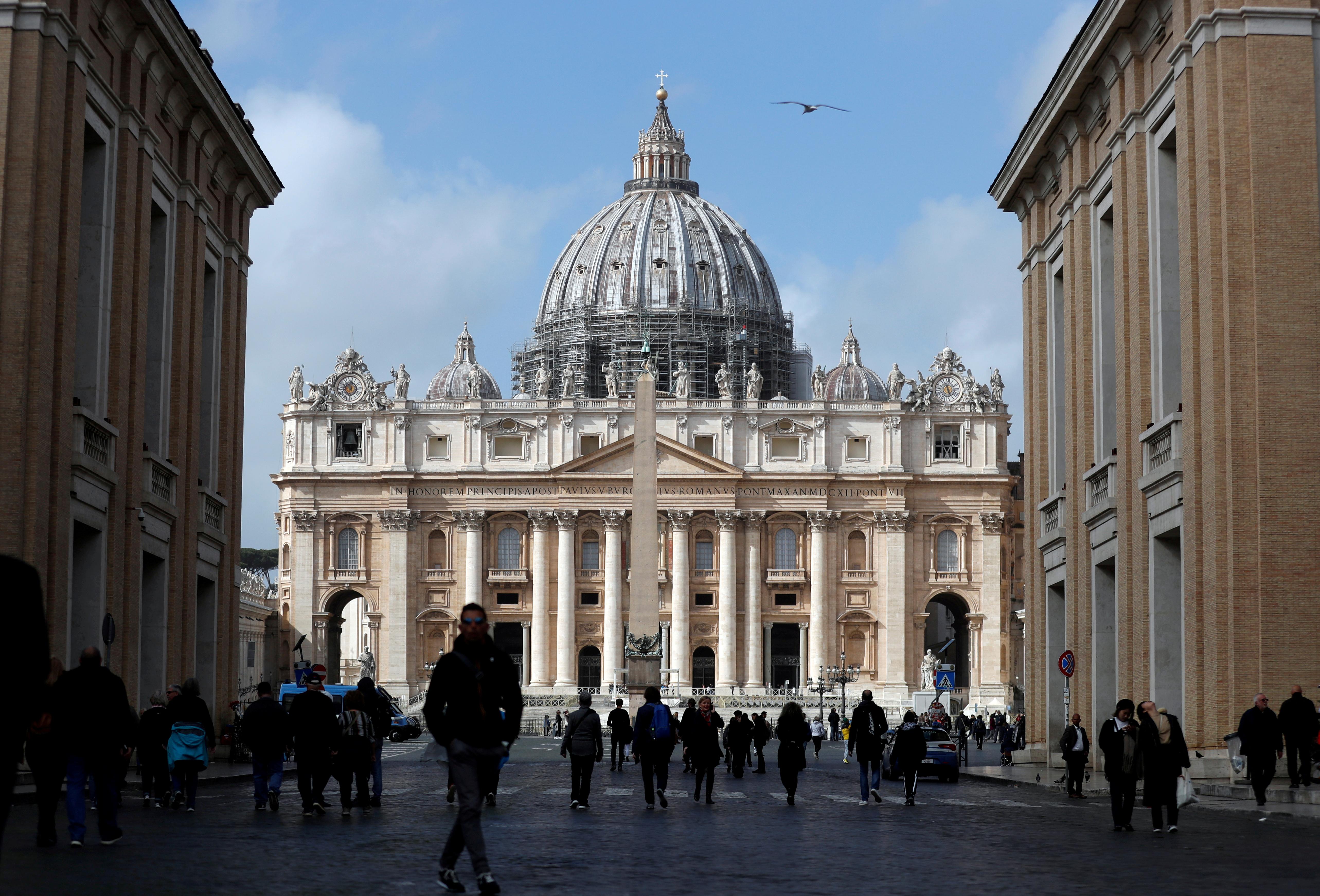 It did not say when the new measures will take effect. Public Masses will resume in churches in Italy on Monday under strict conditions outlined in a protocol signed last week by Italy’s bishops conference and the government.

St. Peter’s is on Vatican territory and the other three papal basilicas – St. Paul’s Outside the Walls, St. John’s In Lateran and St. Mary Major – have sovereign, extra-territorial status and so technically are not part of Italy.

The new rules for churches in Italy include limiting numbers, distancing and masks but they do not impose thermal scanning, meaning the papal basilicas will have even stricter rules.

He said officials at each basilica will decide the maximum number of people who can safely enter and that Vatican police, Italian police and volunteers will control the flow.

Bruni did not say when the new provisions would take effect and when Pope Francis would next say a Mass from the main altar of St. Peter’s.

He is due to say a private Mass on Monday at a side chapel where the St. Pope John Paul is buried, to commemorate the 100th anniversary of John Paul’s birth.

Thousands of people usually attend major papal events in St. Peter’s and the other basilicas but it is unlikely that those numbers will be allowed in again for some time.

The pope has been saying Masses in either an empty St. Peter’s or the chapel in his residence and the faithful have been watching on television or the internet.

Technically, St. Peter’s has remained open during the Italian lockdown, which began in early March, although only for private prayer and few people have entered because of increased security.

It was still not clear when it and the other basilicas will be reopened to tourists.

Italian museums will reopen on Monday but the reopening of the Vatican Museums, which received 7 million visitors last year, will likely be further delayed while safety measures are put in place, according to a Vatican source.