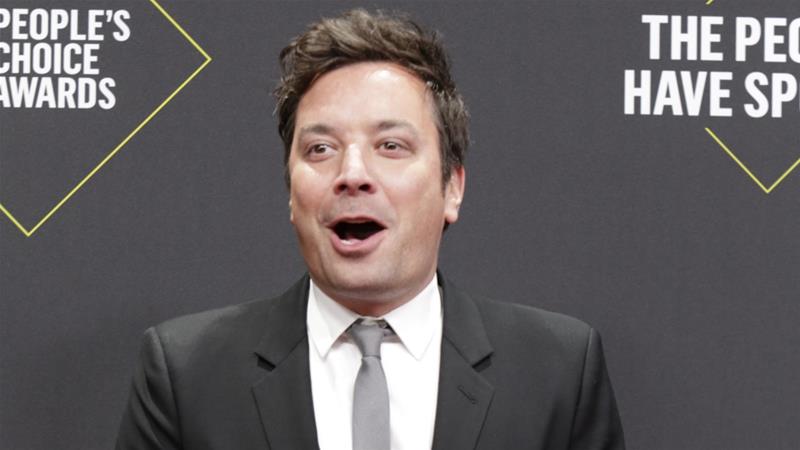 US talk show host Jimmy Fallon has said he is “very sorry” for wearing blackface in a resurfaced skit from 20 years ago.

The Saturday Night Live (SNL) clip from 2000 went viral after being shared on Twitter on Monday by a user. It featured Fallon wearing blackface as he impersonated African American actor and comedian Chris Rock, making a joke about crack cocaine.

Social media users reacted furiously to the clip, and the hashtag #JimmyFallonIsOverParty soon trended, with calls for Fallon to quit NBC’s Tonight Show, which he is currently hosting.

On Tuesday, Fallon issued an apology on Twitter, thanking the public for “holding me accountable”.

“There is no excuse for this,” he wrote. “I am very sorry for making this unquestionably offensive decision and thank all of you for holding me accountable.”

Blackface started in the United States in 19th-century minstrel shows where white actors donned black makeup to portray caricaturish characters that demeaned African Americans. The practice was accepted as mainstream US entertainment and became a cultural export.

Blackface characters in Europe, including “Black Pete” in the Netherlands and Belgium’s “Le Sauvage”, have sparked protest from anti-racism activists and raised questions over how these traditions impact their respective communities of colour.

In recent years, a number of celebrities and politicians have been embroiled in blackface scandals.

During his re-election campaign last year, Canadian Prime Minister Justin Trudeau sparked uproar and was forced to apologise after three instances of him wearing blackface and brownface when he was younger surfaced.

In February 2019, Ralph Northam, the governor of the US state of Virginia, resisted calls to resign from his position despite admitting to wearing blackface after a photo in his 1984 medical school yearbook was released.