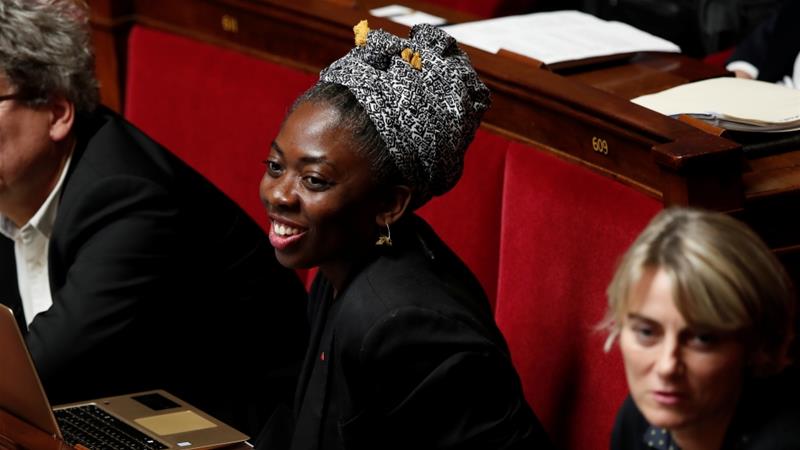 A French far-right magazine’s drawing of Black lawmaker Danielle Obono as a slave with chains around her neck has triggered an uproar, prompting anti-racism campaigners to consider legal moves to counter rising hate speech in the country.

In a Twitter post, Obono blasted the illustration in the latest issue of the Valeurs Actuelles publication as “racist s***” and described the country’s extreme right as “odious, stupid and cruel”.

The legislator from the far-left France Unbowed party later told the BFM broadcaster that, “I hurt for my republic, I hurt for my France” and called the depiction a political attack on her and others who fight against “the racism, stigmatisation that millions of our compatriots are subjected to”.

Prime Minister Jean Castex tweeted on Saturday that the drawing deserves “unambiguous condemnation”, while President Emmanuel Macron called Obono and “expressed his clear condemnation of any form of racism”, according to his office.

The head of the National Assembly, Richard Ferrand, wrote on Twitter: “At her side in the fight against racism and for the respect due to all elected representatives of the republic.”

Justice Minister Eric Dupond-Moretti, for his part, said, “One is free to write a putrid novel within the limits fixed by the law. One is free to hate it. I hate it.”

The junior minister for equality and the only Black member of the French government, Elisabeth Moreno, tweeted that, “I don’t share Danielle Obono’s ideas, but today I offer her all my support.”

A similar refrain came from politicians from multiple parties, including an official from France’s far-right National Rally party, Wallerand de Saint-Just, who said the story was “in absolute bad taste”.

Meanwhile, the anti-racism body SOS Racisme deplored rising hate speech against Black politicians and those of Arab descent and said it was mulling what legal measures could be taken to tackle this.

Valeurs Actuelles defended the illustration by saying it was featured as part of an annual summer fiction series in which characters from politics, art or the media travel through time.

The magazine rejected having racist intentions but said in a statement it understood how Obono was “personally hurt”.

“We regret it and apologise to her,” it said.

France saw multiple protests in June and July against racial injustice and police brutality inspired by the Black Lives Matter movement and George Floyd’s police killing at the knee of a white policeman in the United States.

Macron, a centrist who raised eyebrows when he gave an interview to Valeurs Actuelles last year, has pledged to root out racism. But he also insisted that France will not take down statues of figures linked to the colonial era or the slave trade, as has happened in other countries in recent months.