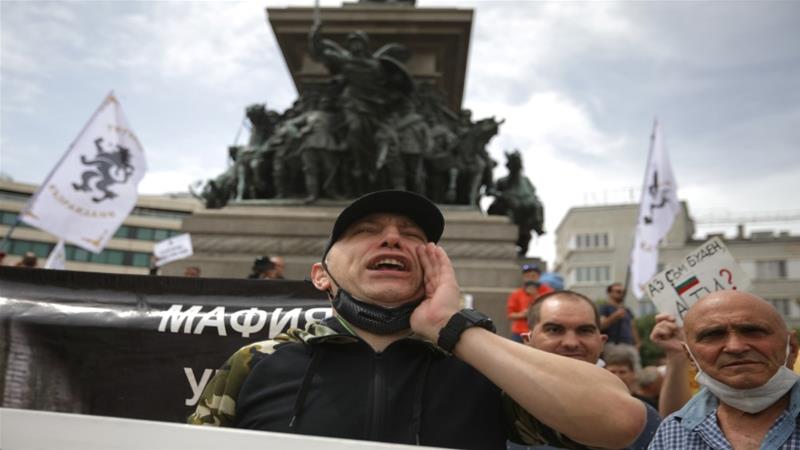 Some 2,000 supporters of a fringe ultranationalist and pro-Russian party marched through central Sofia on Thursday accusing the government of imposing confusing restrictions aimed at combatting the coronavirus pandemic.

Protesters waved party and national flags and chanted “resignation” and “mafia”, to express their frustration that the centre-right government of Prime Minister Boyko Borissov extended restrictions until June 14.

This is the first public protest after the Balkan country introduced a state of emergency two months ago that closed schools, restaurants and bars and prompted many businesses to limit or halt operations due to restrictions and reduced demand.

The protest by the Vazrazhdane party, which has about 1 percent support nationally, was largely peaceful, but several people were detained when they tried to break through a police cordon around the country’s parliament.

The protesters accused the government of providing confusing information and incompetent handling of the COVID-19 crisis.

“We do not think we should live as slaves, we should live a normal life,” said Kostadin Kostadinov, chairman of Vazrazhdane. “Оur patience is over and we want this government to go.”

Borissov returned to power in 2017 for his third term since 2009, promising that his coalition government would spur economic growth and increase incomes in the European Union’s poorest member state.

His GERB party remains the most popular political formation, according to the latest opinion polls with most of Bulgarians approving of the measures that have largely contained the spread of the infection.

As of Thursday, Bulgaria has 2,100 registered cases, including 99 deaths.