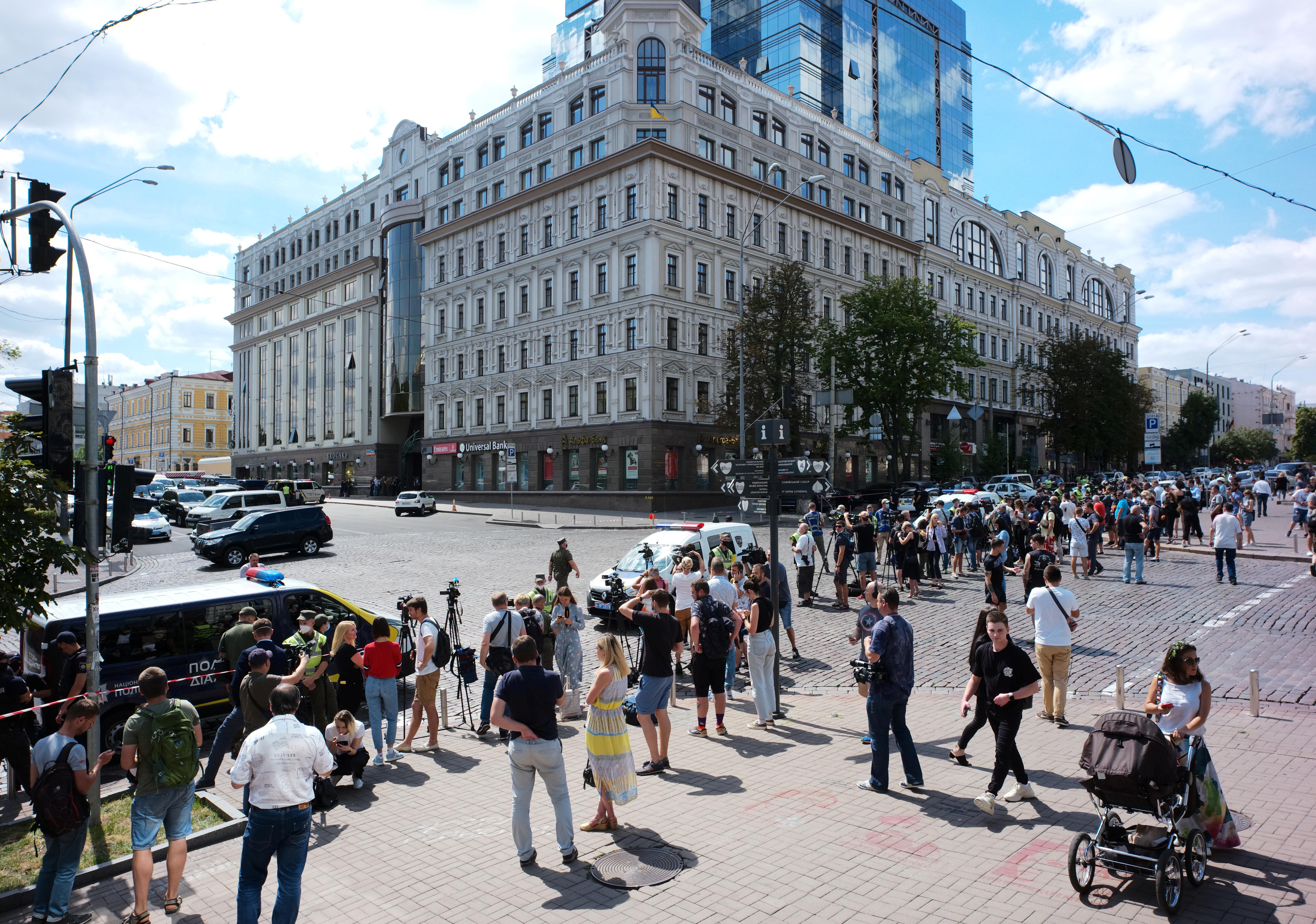 KYIV (Reuters) – Police detained a man who took a hostage in a bank in the Ukrainian capital Kyiv on Monday, deputy interior minister Anton Gerashchenko said. The hostage was released unharmed.

Gerashchenko wrote on Facebook that the man had entered the bank at midday, told employees he had a bomb in his backpack and asked them to call police.

“Employees of the banking institution left the office while the head of the branch remained there (as hostage),” Gerashchenko said. He said the hostage taker was a citizen of Uzbekistan but gave no indication of his motive.

Later Gerashchenko told local television that the man demanded to give interviews to journalists. Police allowed several reporters to talk to the hostage taker before storming the building.

In an encounter broadcast live on Ukraine’s 112.ua television channel the man was heard to claim to be a holy spirit and criticized the authorities, saying President Volodymyr Zelenskiy had not delivered on his promises.

“The terrorist was captured alive. The explosion did not happen. Explosives technicians are working on site,” Gerashchenko wrote after the storming.

It was Ukraine’s third hostage incident in recent weeks.

Last month, an armed man was arrested after holding 13 people captive on a bus for hours before freeing them..

On July 23 another man took a senior police officer hostage in the central Ukrainian city of Poltava before being shot dead by police on Saturday. The hostage was unharmed.