General Alexander Dvornikov, also known as the “Butcher of Aleppo” for his ruthlessness while leading Russia’s intervention in the Syrian war, is said to be the latest in a long list of top commanders sacked by Russia – suggesting Putin is unhappy with how the war is working out. 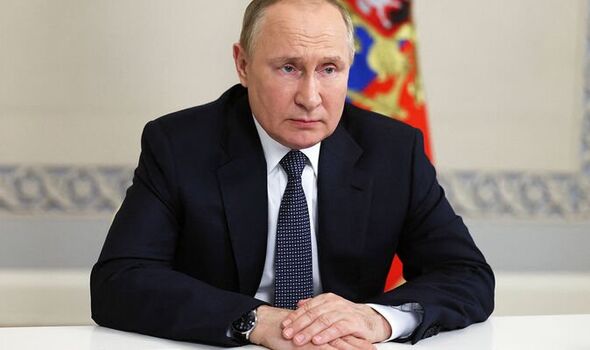 Russia’s defence ministry has not commented on the reported sacking but it comes after weeks of rumours about the Russian leader’s dissatisfaction with his performance.

Mr Dvornikov, 60, has been in charge of the Russian forces in Ukraine since April but he has not been seen in public for over a month.

Samuel Ramani, an associate fellow at the Royal United Services Institute in London, believes the reason for the General’s dismissal, if confirmed, is because he took too long to capture Donbas, following his failure to capture Kyiv in March.

Meanwhile, Christo Grozev, an investigative journalist for Bellingcat, said in a YouTube video earlier this month: “The reputation of Dvornikov from Syria within the army was not very high. They presented to the public that he was a tough strategist, but they already knew that his ability to coordinate different types of troops was not very high.

“He drinks alcohol to excess and decides on situations, such as when to start war, in the middle of the night without any intelligence support.”

Search and rescue operations are ongoing.

In a Telegram post, Klitschko said people may still be trapped under rubble at a residential building in the Shevchenkivskyi district.

Good morning. I’m Rosie Jempson. I will be bringing you the latest Ukraine developments. Please feel free to get in touch with me as I work if you have a story to share! Your thoughts are always welcome.