On Monday, Ukraine citizens in the city of Enerhodar spoke about their experience of living near the Zaporizhzhia nuclear power plant which is currently under Russian control. Both Ukraine and Russia have accused each other of firing at the nuclear facility, which has raised fears of a nuclear accident happening during the current conflict.

The plant provides electricity to Ukraine as well as several nearby countries.

Both Russian and Ukrainian forces are fighting near the plant, and the international community has expressed fears of a potential nuclear disaster happening if any shelling were to hit the nuclear facility.

In the last month, a number of rockets and shells have landed near the plant according to satellite imagery analysed by CNN.

However, the news organisation was unable to verify if any strikes occurred or who was responsible for the attacks. 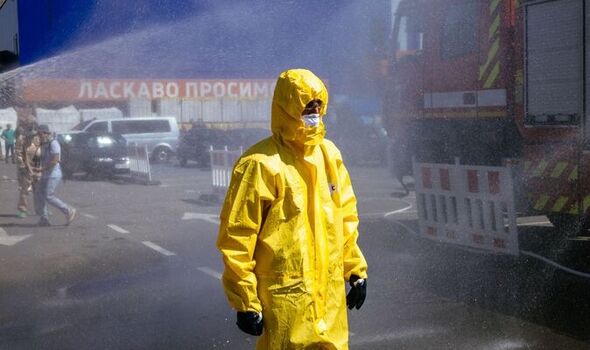 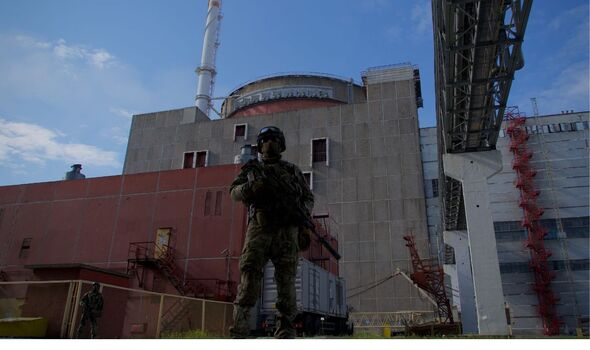 The power plant is located in the city of Enerhodar, which was captured almost six months ago at the beginning of the Russian occupation of Ukraine.

Ukraine employees continue to work at the Zaporizhzhia plant but the facility and surrounding area are currently controlled by Russian forces.

Citizens have expressed fear of a nuclear accident happening in their home city.

One Enerhodar resident, Alexander Lifirenko said “Of course, we are worried. … It’s like sitting on a powder keg.”

“In case a reactor is hit, it will be not a local, but a global catastrophe,” said Alexander Volga, another resident.

A local businessman told the BBC: “Every morning we wake up and see that they have hit only residential homes.” 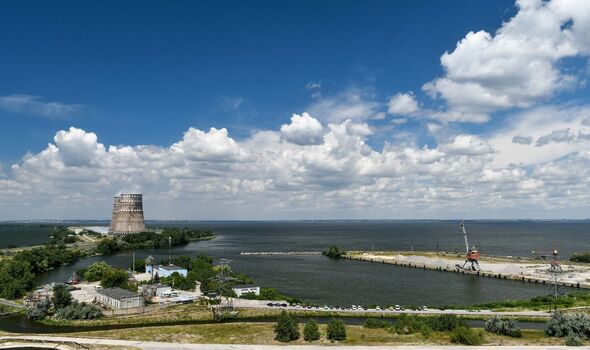 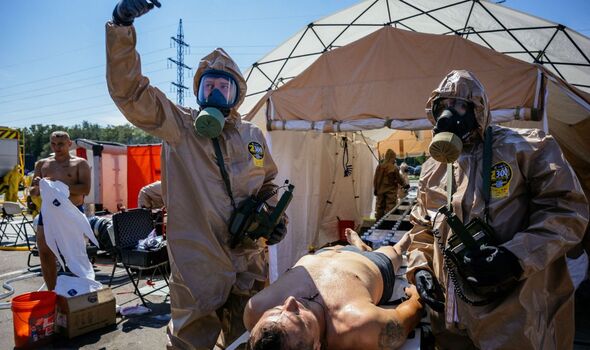 On Sunday, four major countries stressed the need for nuclear safety during the Ukraine conflict.

The US, Britain, France and Germany held a conference call to urge military restraint to be taken in the area around the Zaporizhzhia plant.

The leaders also said they “agreed that support for Ukraine in its defence against Russian aggression would be sustained”.

Earlier this month, Ukraine’s nuclear agency Energoatom reported that a nitrogen-oxygen unit and a high-voltage power line had been damaged at the nuclear plant, but international news agencies have been unable to verify the damage to the plant.

The Ukraine agency said: “There is a risk of hydrogen leakage and dispersal of radioactive particles.

“The fire danger is high. Currently, there are no injuries.” 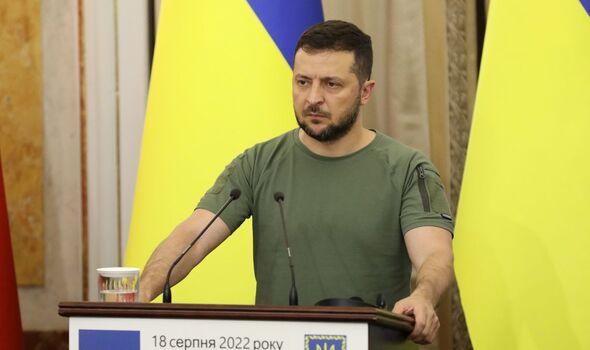 The International Atomic Energy Agency (IAEA), the world’s nuclear watchdog, has said they welcome the news.

The leader of the IAEA, Rafael Grossi said: “In this highly volatile and fragile situation, it is of vital importance that no new action is taken that could further endanger the safety and security of one of the world’s largest nuclear power plants.”

It was reported that Ukrainian President Volodymyr Zelensky was also relieved by the news.

He said: “If Russian blackmail with radiation continues, this summer may go down in the history of various European countries as one of the most tragic of all time.”