Britain is set to be battered with fierce winds and torrential downpours as Storm Ellen hits the country later this afternoon. The storm, which contains the remnants of Tropical Storm Kyle, is set to smash into the West Country before sweeping across Southern England and the Midlands. Terrifying weather maps chart the exact moment the storm is set to hit the UK.

Weather maps by forecasters at WXCharts show the storm building to the south west of the UK on Wednesday afternoon.

The purple mass, which symbolises the powerful storm, edges north and builds through Thursday.

The chart shows the effects of the storm, which is set to bring gale force winds, ripple across the UK from Thursday and into the weekend. 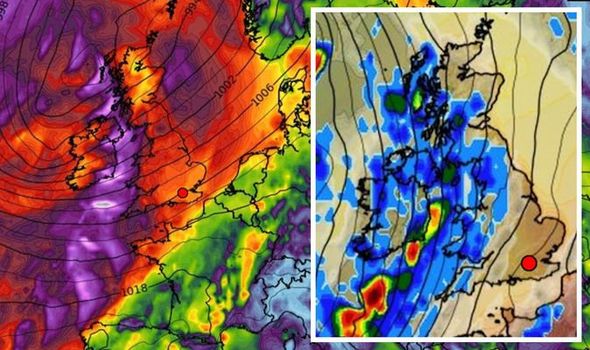 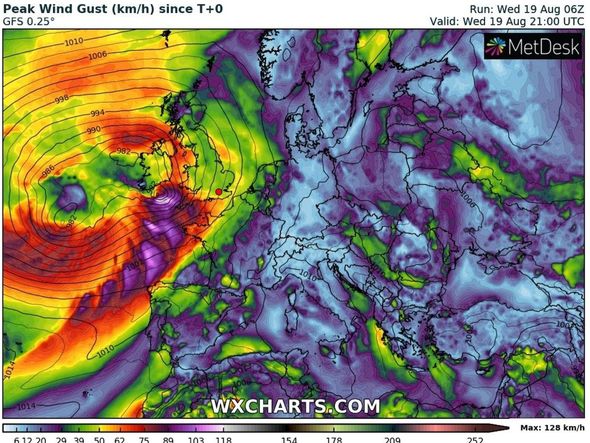 The storm is forecast to hit the UK and Ireland later on tonight, and is set to last several days.

Commenting on the weather system, Met Office Chief Meteorologist, Steve Ramsdale said: “Following the recent hot and thundery weather we are seeing a significant change to very unsettled conditions for August with an unseasonal spell of strong winds associated with low-pressure centres for the second half of the week.

“Uncertainty remains high in the intensity of these systems at this point, but we are confident in the change to a spell of much windier weather.

“Tropical air associated with a decayed tropical cyclone is being drawn towards the UK, and the marked contrast between this warm and moist air with normal North Atlantic air masses can lead to a very vigorous system.” 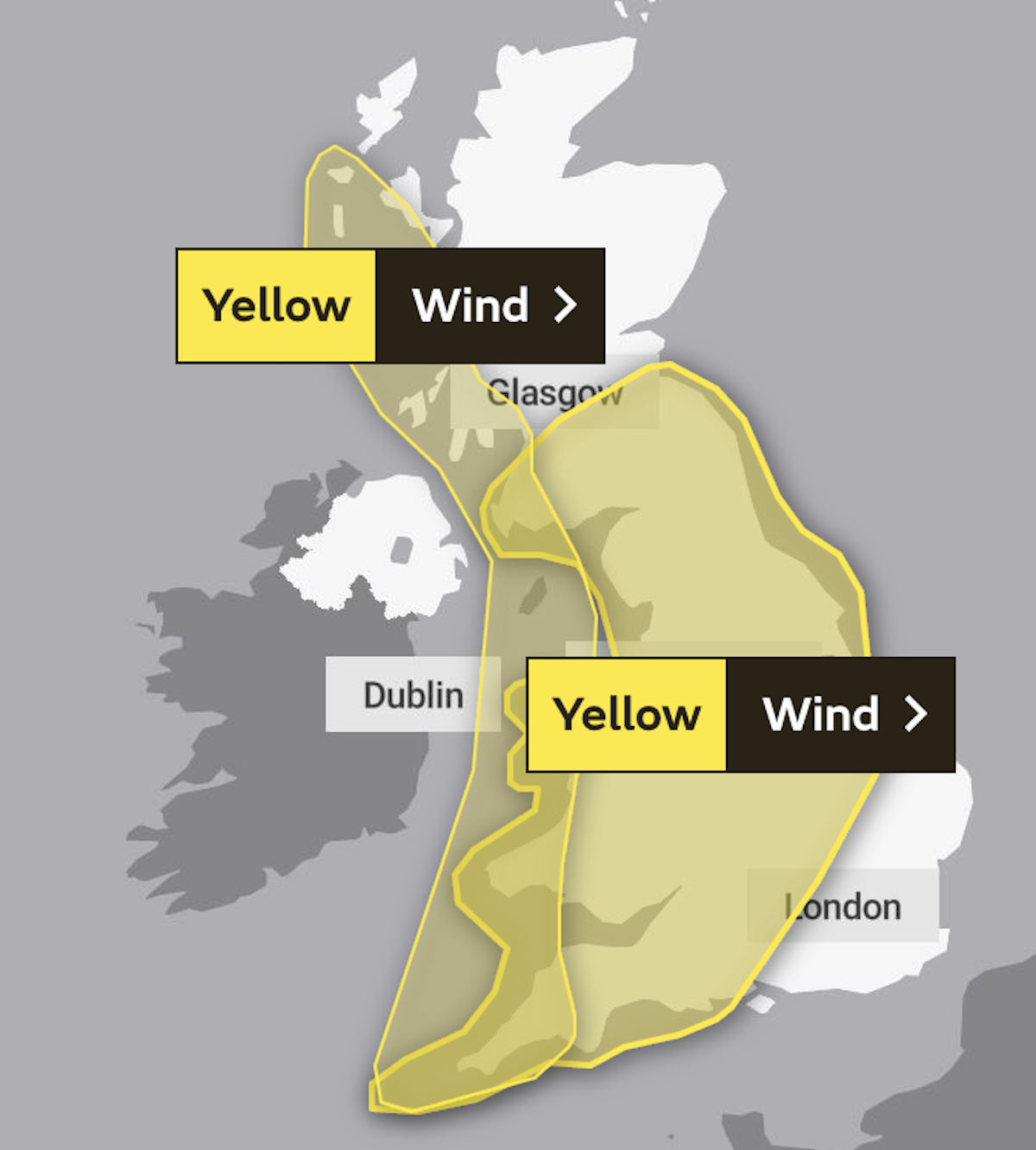 Met Office forecasters predict as much as 50mm of rain will fall within the space of six hours.

The national weather service has also put in place a number of yellow weather warnings, starting from 8pm tonight.

A warning for strong winds comes in force from tonight and will last for all of Thursday as gusts of up to 70mph are forecast.

The fierce winds will be felt most along the coast, with 65mph gales forecast in other parts of the country. 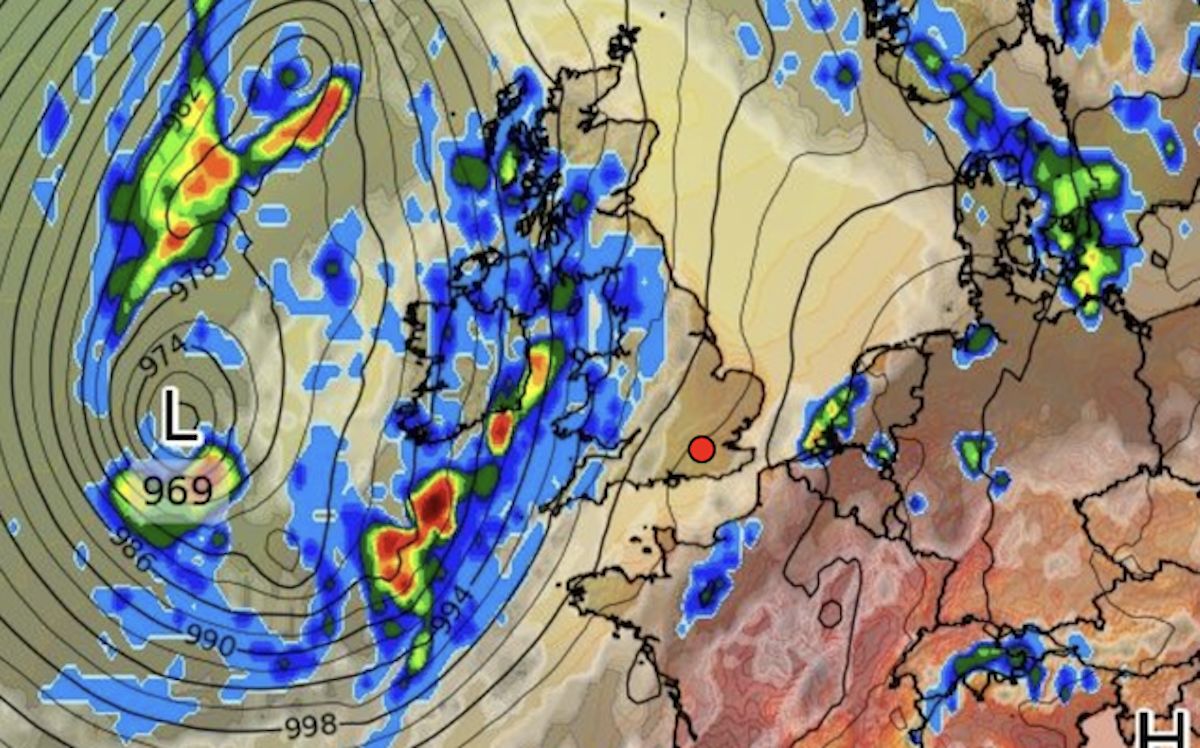 The Met Office warns there could be disruption to travel, debris on the roads and power cuts as trees crash across overhead lines.

Deputy Chief Meteorologist, Matthew Lehnert said: “Along with the sometimes heavy rain, strong winds have the potential to cause impacts that are not common in August.

“With this spell of unsettled weather coinciding with trees in full leaf and a peak in the camping season, wind-related impacts are more likely at lower wind speeds compared to other times of the year, particularly across Northern Ireland where winds are forecast to be strongest.”

On Friday a second yellow weather warning has been put in place from 4am to 6pm. 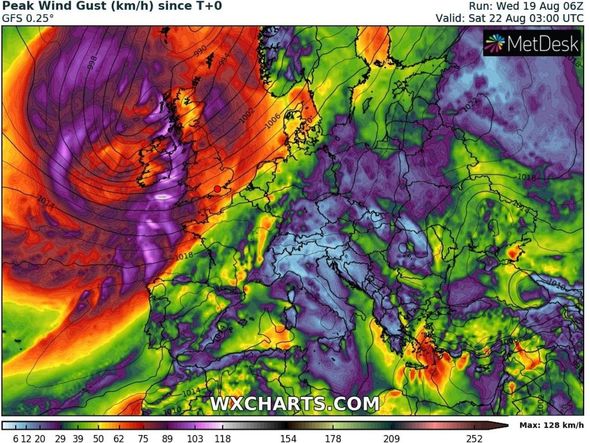 The alert covers much of the UK and warns of strong winds which could lead to travel disruption.

The stormy weather will drive temperatures down, averaging in the early 20s.

But parts of East Anglia is set to be a lot warmer than the rest of the country, and could see highs of about 28C on Thursday.