Britain has baked in scorching temperatures this week, as the mercury soared to well over 30C in some areas with humidity as high as 80 to 90 percent in parts. Much of the country has also witnessed thunderstorms in recent days, with some regions taking a battering from heavy rain and lightning storms.

And next week, weather maps from WXCharts, which take data from MetDesk, show barreling winds swirling in the Atlantic – and on track to the UK.

Starting small off the west coast of the USA and Canada, the system gradually builds into Thursday, with winds speeds reaching a peak of about 70mph. 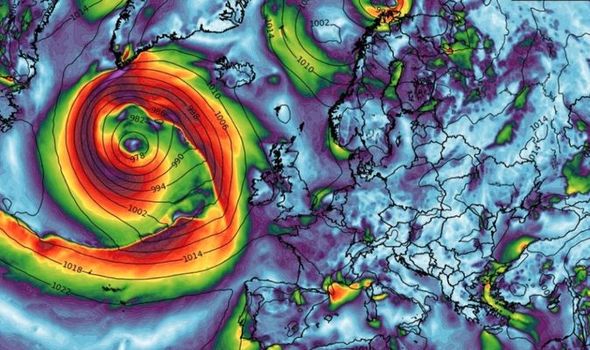 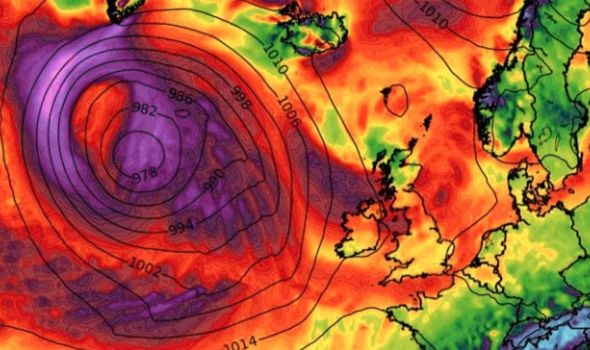 Into Friday, the vortex continues to build before tracking towards the UK – where speeds start to deplete rapidly.

By midday on Saturday, July 4, the east coast of the UK could see winds of about 35mph before the system dissipates.

Grahame Madge, spokesman for the Met Office, told Express.co.uk: “It’s changing. The weather pattern we had which led to the heatwave is easing.

“It started yesterday afternoon and will continue through today and tomorrow to be a weather pattern more dominated by Atlantic conditions, so that will be fresher conditions for many, perhaps a bit breezier. 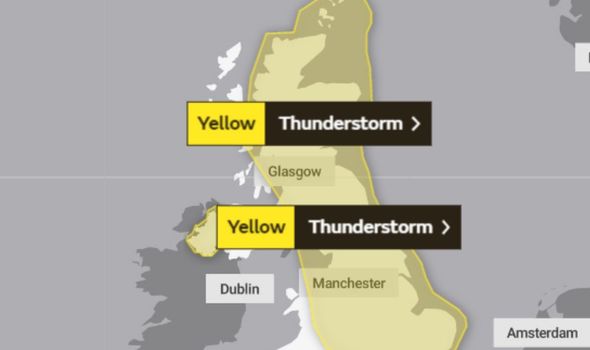 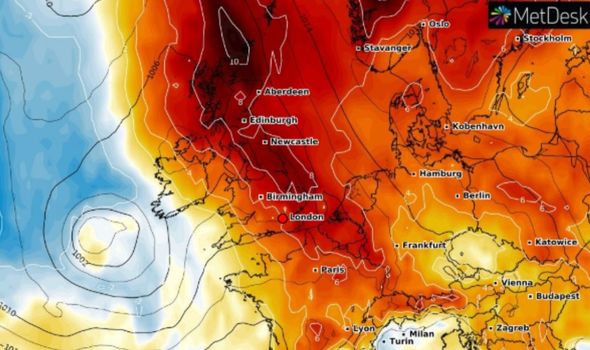 “Bit more in the way of rainfall, although obviously with the thunderstorms we’ve had good amounts of rainfall and indeed hail in some locations.

“But very much a change from the heatwave and the thundery conditions to much more Atlantic-dominated conditions, not so much heat and certainly not so much thunder and lightning.”

Mr Madge said the temperatures will start to drop, but the south east will still see some warm weather this weekend.

He added: “Temperature-wise, we’ll be coming back down nearer to normal… in the South East still seeing temperatures 28C possibly isolated 30’s.

“But that area of heat is becoming ever more confined to the South East, and as we go through into tomorrow everywhere will start to be much fresher and cooler.

“There will still be thunderstorms but not so much risk.

“Into next week we’ll still be seeing an unsettled spell, we do have a weather system anchoring itself to the north and west of Scotland that will bring heavy rain to Scotland, northern England and Northern Ireland on Sunday through into the early hours of Monday.

“Still a chance of showers, still quite breezy conditions Sunday and into Monday especially for northern and western coasts.” 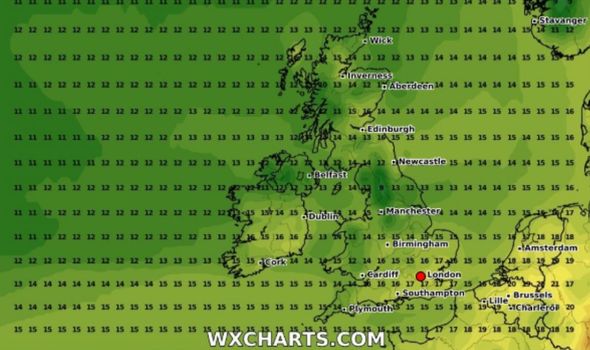 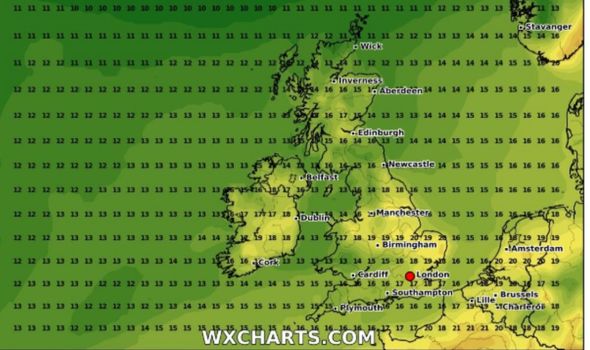 On Monday the weather patterns will be split over two halves of the UK.

From around Pembrokeshire northwards, this half of the UK has a good chance of rain on Monday.

For the southern half of the UK, from South Wales to East Anglia, places will see drier conditions, still with some chances of showers, but still brighter and with less overall rainfall.

Tuesday’s rainfall looks likely to be much less, some showers and heavy rain in places, but emphasis will shift to perhaps more settled conditions with brighter spells.

Next week the temperature is not expected to be as high as it has been this week.

According to WXCHARTS maps, which use data from MetDesk, the highest temperatures on Monday will appear in the South East.

Highs of 17C are forecast for some areas, while many other parts of the UK are also forecast to see temperatures into the teens.

On Tuesday maximum temperatures up to 20C could be possible.