September temperatures will rocket into the high twenties due to a 600-mile subtropical swell. The hot Atlantic air is set to sweep over the UK towards the beginning of this week.

Brian Gaze, The Weather Outlook forecaster, said the south east of the country may experience temperatures of 26C.

But before the heatwave strikes the UK, rain is forecast across Scotland and Northern Ireland.

Alex Burkill, Met Office Meteorologist, said: “The weather is going to be quite changeable this coming week with the rain at times.

“Though we should see something a little bit warmer during the middle part of the week before things turn unsettled by the weekend.” 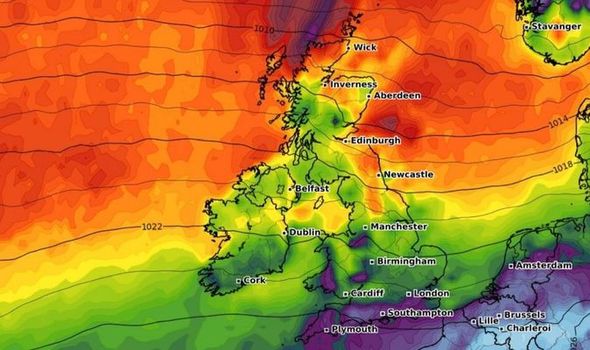 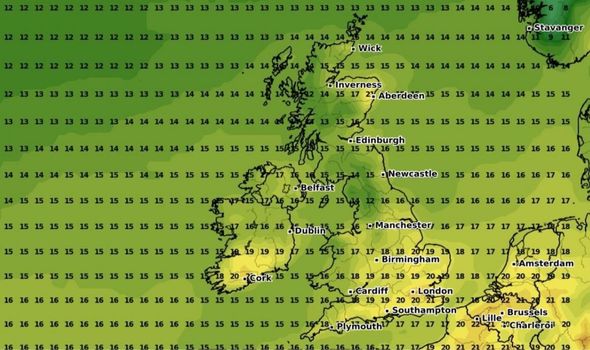 Mr Burkill said: “Clear skies towards the south will allow it to turn quite chilly perhaps with some patches of mist and fog first thing on Monday morning.

“Monday then getting off to a fine start across many parts of England and Wales.

“However, the cloud and rain across parts of Scotland and Northern Ireland will be heavy at times and push further south eastwards with some strong winds as well in the southeast.” 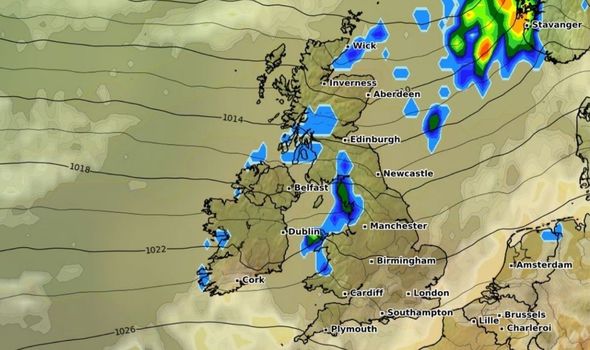 The south east of Britain will start to see some of the promising warmer weather as temperatures start to increase on Monday.

Mr Burkill added: “That’s where it’s likely to stay driest and sunniest for the longest and so temperatures could reach highs of 23C possibly even 24C here.”

“However, as we go through Monday evening the cloud is going to spread here.

“Elsewhere the rain should break up a little bit and become a little lighter perhaps with some late sunshine across parts of Scotland.” 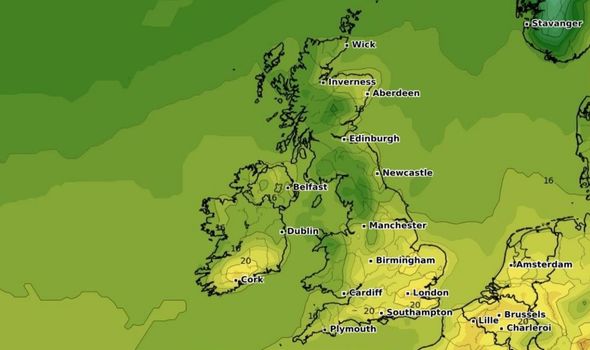 The signs of a return to hot weather are a drastic change to last month’s blustery weather.

According to the Met Office, June, July and August have been wetter than average for Britain.

But September could bring some hopes for an Indian summer.