Home » World News » UK rain radar: When will it rain this week? Stormy system to batter Britain in WAVES

Will it rain this week?

Britons hoping the UK can correct its weather fortunes are in luck, as radars show incoming rain this week.

Aside from a few showers over the midlands and northeast England, maps show that August will end just as dry as it began.

But September should establish a new trend, according to UK rain radars, which show an incoming band of rain. 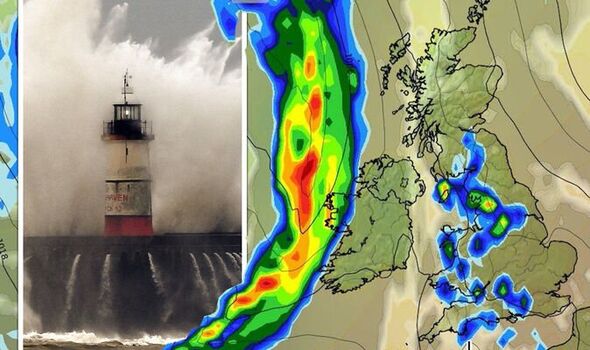 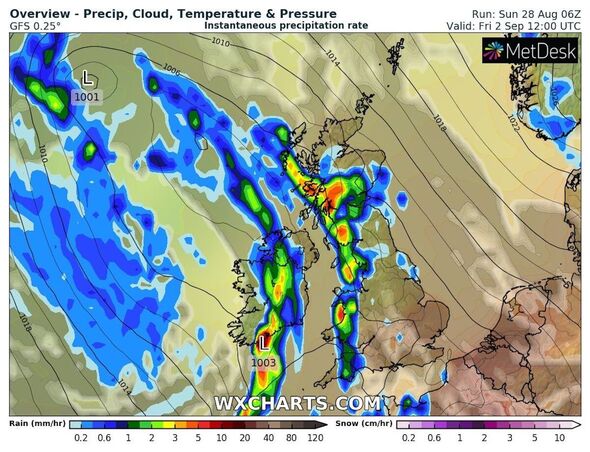 Radars from WXCharts show a large incoming system from the west on September 2 will land over Ireland by 6am.

The rain should land in Britain by midday, striking Northern Ireland’s western flank and fracturing off into the UK mainland.

Showers will leave the country’s west coast untouched, pelting communities in northern Wales, the Midlands, northwest England and Scotland with up to 5mm of rain per hour.

By 6pm, most Britons will have experienced rain as the system covers Northern Ireland and much of northern England and Wales. 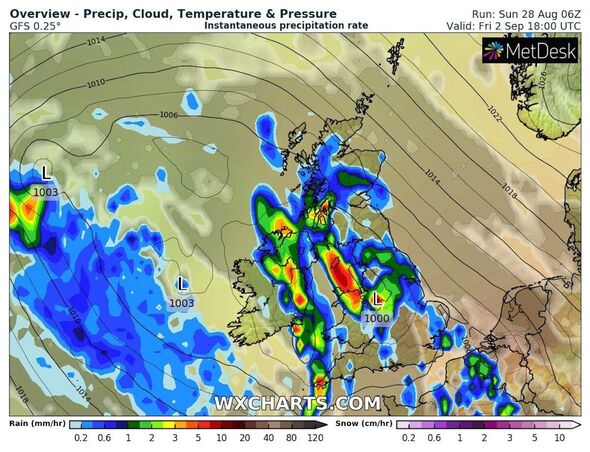 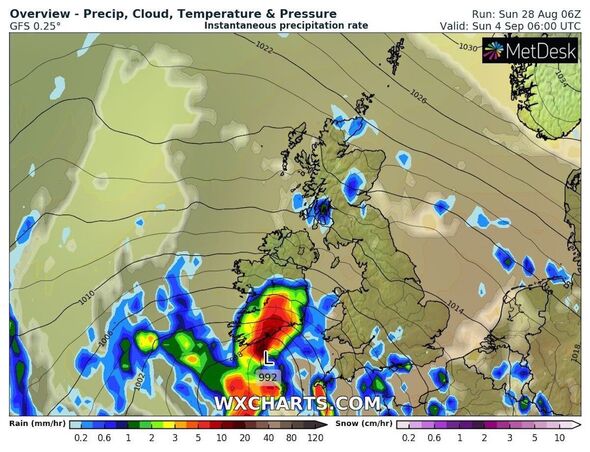 Maps show that the initial band of rain is the outer rim of a more aggressive storm system that will take up residence off southeast Ireland over the rest of the week.

Between September 3 and 4, a churning mass of rain will gradually move east, causing showers to ripple across the UK and Ireland as it nears the Cornwall coast.

WXCharts forecasts show they will leave no area untouched, with the most intense rain across northern England between Manchester and Newcastle.

People living in the area can expect between 0.8mm and 5mm per hour from September 5 to 7. 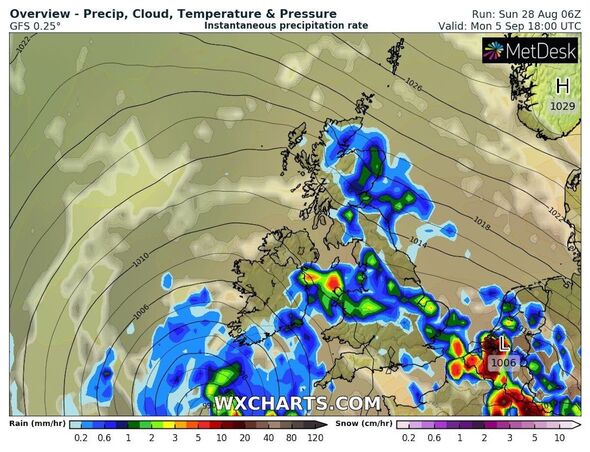 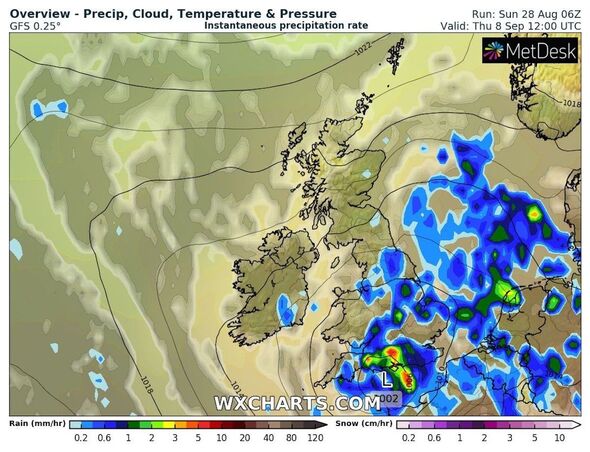 Elsewhere, the rain will remain light but steady, as the system causes between 0.2mm and 2mm per hour until September 8.

The Met Office long-range weather forecast, which covers September 2 to 11, states the heaviest rain will arrive in “parts of Scotland and Northern Ireland”.

Wind may make this seem much heavier, while “thundery showers” could “break out elsewhere”, the forecast added.

The latter end of the period will see “much more unsettled weather” as showers “eventually cover most regions”.

Some of the rain outlined in the forecast could turn “heavy and prolonged” and come with “a risk of thunder”.

The Met Office also has a September 12 to 26 forecast that looks deeper into the month.

While less clear than the one covering dates to September 11, forecasters warned the period would remain “widely unsettled”.

But later in the month, people can expect a return to the settled trends of the last few months and “above average” temperatures.