BBC Weather: UK set for outbreaks of rain and winds

Heatwave conditions have given way to flash flooding across the UK’s driest regions since the weekend of August 13. The dramatic weather appears to have broken mid-30C temperatures which have dominated the last two months. And it has offered a brief respite for green spaces everywhere, data shows.

Weather charts show that Northern Ireland and Wales became the first home nations to receive rain after August 14, when temperatures peaked at 34C in the August heatwave.

Since then, showers have graced most parts of the country, leaving few areas untouched by heavy rain.

Charts from the European Centre for Medium-Range Weather Forecasts (ECMRWF) show not a single region has gone without rain since Monday, August 15.

Cloud and rain has arrived from the west and south, tracking over the Atlantic Ocean and northern mainland Europe. 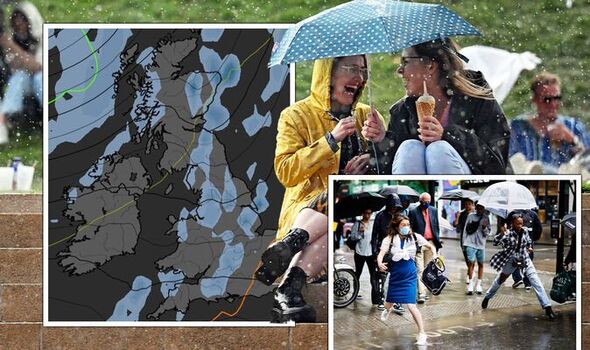 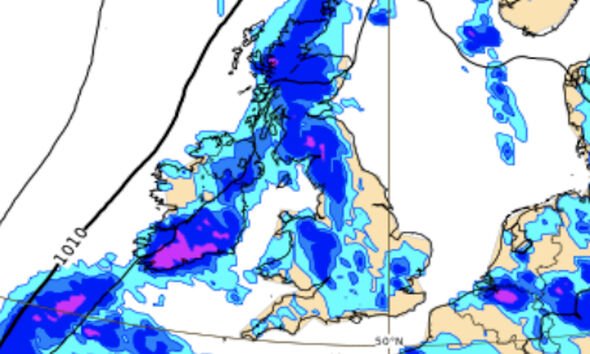 The first heavy rain of the week landed in Northern Ireland, Scotland and Wales on Monday, pouring between 0.5mm and 4mm from 3pm to 12am on August 16.

Rainfall occasionally reached 10 to 25mm per hour over the Scottish highlands, the ECMRWF maps show.

During the early hours of August 16, the rain became lighter over the Midlands and northern England, with totals of 0.5mm to 2mm per hour from 6am to 9am.

Later in the day, around 3pm, torrential downpours battered the Norwich coast and Scotland. 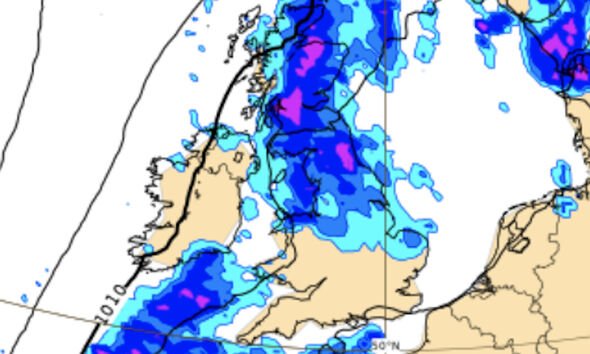 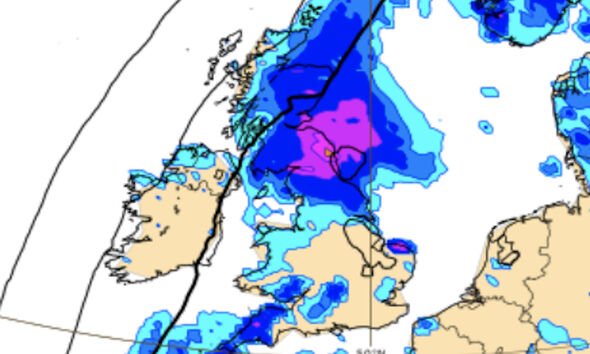 Rainfall in both locations ranged from 2mm to 10mm per hour between 3pm that afternoon to 6am on Wednesday, August 18.

The rest of the country witnessed the most severe rainfall later, the ECMWRF maps show.

Yesterday’s rainy system came to the UK via France and made landfall over southern England in the afternoon.

Storms tipped out 25mm per hour over the south to the east coast from Plymouth to Norwich every hour between 3pm and 10pm, before letting up in the late evening, around 9pm. 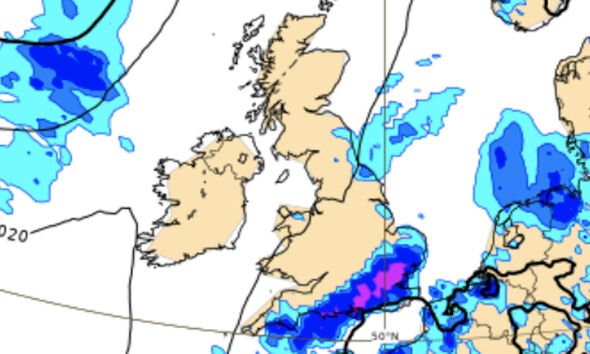 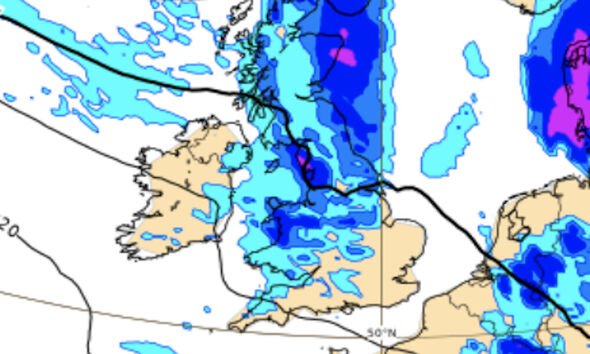 When will it next rain?

The latest rainy weather has given the UK some much-needed water as reservoirs run low.

Some water firms have implemented hosepipe bans, meaning that while many Britons prefer the sun, they want the drought to end.

Weather charts have predicted the month will grow increasingly wetter towards the end of the month, as the next rain is due tomorrow.

The ECMWRF’s data shows another rain system will land over most of the country from 12am on August 19.

Rain will cover Northern Ireland, Scotland, Wales and most of England aside from the south coast.

Showers will concentrate on the east and west coast, yielding between 2mm and 4mm from Scotland to North Wales.

Elsewhere, showers will likely stay lighter, during 0.5mm until the system leaves early on Saturday morning.