Sweltering highs of 31C are forecast to hit the UK in the next few days, with a blast of hot air tracking across the country. The late summer heatwave will be a welcome return to hot temperatures for many after two storms and torrential rain have dominated the end of August and beginning of September.

Met Office forecasters say 25C will be reached on Sunday, before two days of 31C highs on Monday and Tuesday.

This is due to warm air arriving from Europe, with the south of England to feel the best of the heat. 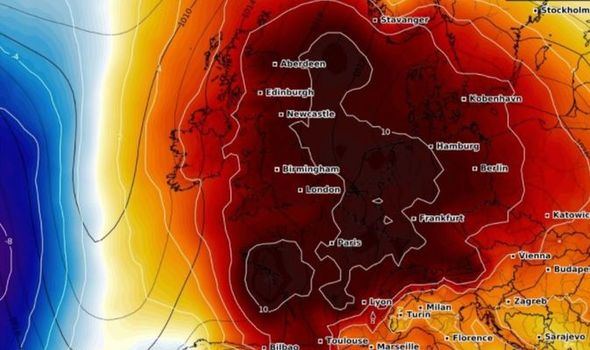 “We’ll really start to notice it on Sunday with 25C on the cards, before 31C on Monday and again Tuesday.”

While Thursday and Friday may bring a risk of showers to much of the UK, with temperatures feeling cool.

Speaking about Thursday’s weather, BBC forecaster Phil Avery said “There will be some sunshine to go with that rather chilly start.

“But as I get you on into the afternoon, I think the cloud is going to fill in and the sunshine will become ever more fleeting.

“And not just as warm as we’ve seen it of late.” 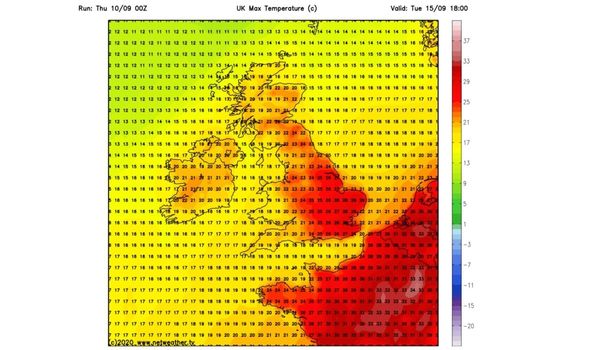 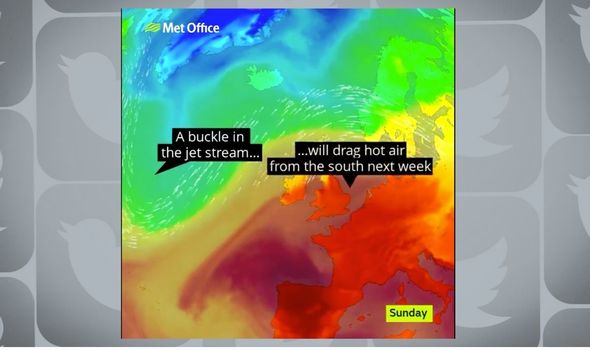 However soon temperatures will begin to build, especially over the weekend and into next week.

According to Netweather, this weekend conditions will be unsettled across the north, with spells of wet and windy weather.

This is especially true later on Saturday and overnight into Sunday morning.

However, to the south, areas will stay dry and bright, increasingly warm and sunny on Sunday, as high pressure builds.

Maps from the Met Office explain how the cooler conditions in the north will be due to the jet stream.

This could make weather wet and windy, while the south sees mostly fine weather.

The north/south divide is due to a “buckle” affecting the jet stream. 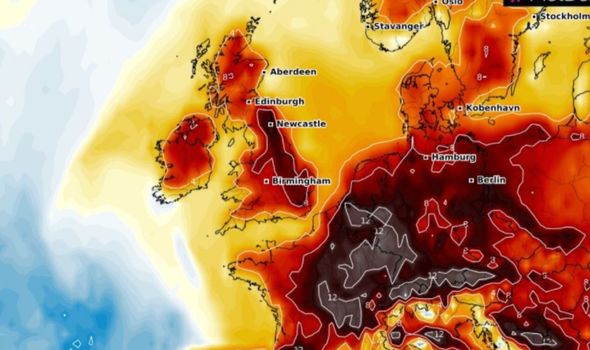 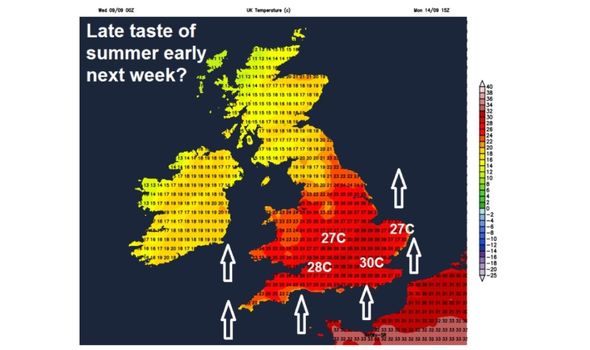 Met Office forecasters say a “buckle in the jet stream will drag hot air from the south next week”.

Maps from WXCharts, Windy and Netweather show the extent of the heat builds up across the south of England on Sunday, Monday and Tuesday.

Netweather temperature maps show the mercury lingering around the mid to high 20C for much of these three days.

This heat may bring humid nights as for the south temperatures don’t dip below 20C on Monday and Tuesday night.

Weather maps from WXCharts show the extent of the heat, with temperature anomaly charts turning black as highs bake Britain.

An Indian Summer is a spell of unseasonably warm weather during the autumn months.

With average September temperatures between 17C and 18C, next week’s predicted 31C is drastically higher.