Netweather’s long-range forecast said: “Into early October there is an increasing chance of high pressure pushing in from the south and bringing mostly settled and warm weather, probably with a fair amount of sunshine for most, and a likelihood of more changeable weather holding on in the north and west of Scotland in particular. “Temperatures will tend to be close to or just below the long-term seasonal norm early to midweek, with some cool nights midweek as the high pressure moves in and some fog patches in places, but will tend to rise above normal late in the week as there is a significant chance of southerly and south-westerly winds setting in. “Mean temperatures are thus expected to be a little above normal overall, but only by 1C or less in most parts of the country.”

The latest forecast on Weather Outlook added temperatures will be higher next week than the recent bitter winds to lash many regions this week.

The forecast said: “During Monday outbreaks of rain steadily spread across much of the north and west.

“Temperatures will be higher than recently, particularly in southern and central areas.

“Tuesday may bring a reasonable amount of dry weather.

“However, it is expected to become very unsettled again through the middle of the week with wet and windy spells in all regions.” 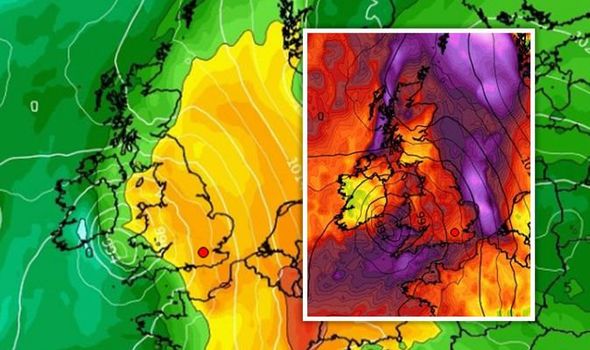 Jo Farrow at Netweather added this weekend will still be chilly as strong winds and rain will batter the UK.

She said: “Temperatures across the UK are just into double figures, inland southern Britain just into the mid-teens. When you add on the wind it will feel cold all day.

“By this evening many places will be dry. The winds will ease down for Northern Ireland but when backed to a north-westerly there will be showers filtering through the Cheshire Gap.

“It will feel cold and the strong winds and more showery outbreaks just continue for Norwich, Cromer and Southwold. 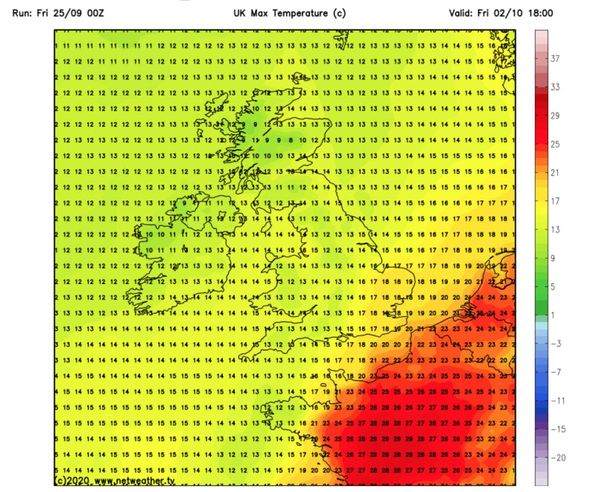 “Saturday starts off fine but cool for most still with a brisk wind for eastern England.

“Bands of showers and more cloud will be pushed over eastern England during the day becoming more confined to SE England later in the afternoon. The cold north wind remains a key feature for Saturday over Britain.

“Many areas will keep bright dry conditions, but it will just be chilly. Find your winter coat.

“Saturday night should be dry across the UK although the low pressure continues to lurk near to the Low Countries.” 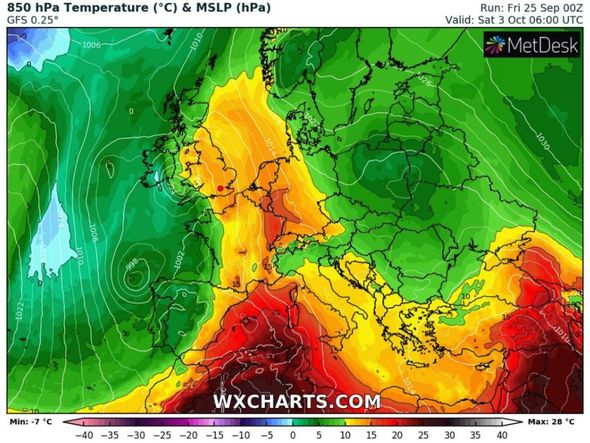 Ms Farrow added northern areas will see the worst of the colder air.

She said: “This will keep more cloud over East Anglia, so temperatures don’t plummet but still with a strong northerly.

“That cold north wind is still going on Sunday for East Anglia and SE England.

“There could still be lingering cloud, even some dampness here but for most Sunday looks sunny, dry and with light winds for Northern Ireland, Scotland and NW England it will be a lovely day for getting out. 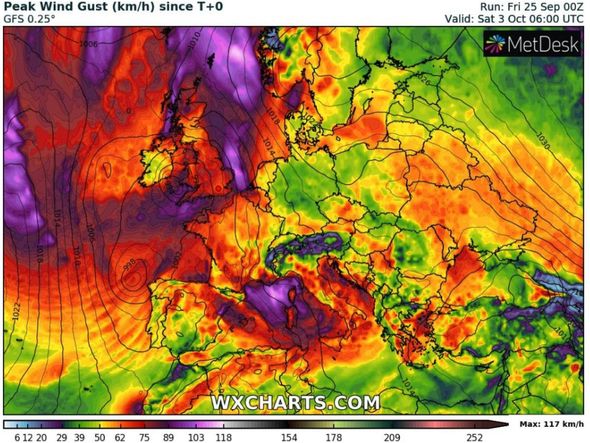 “Plenty of fine weather for Wales and the rest of England but that chilly wind to contend with.”

The Met Office has also issued yellow weather warnings for rain and wind today in eastern areas including Norwich.

They will last until midnight today and cause disruption on the roads and rail.

The Met Office said in its forecast: “A period of strong northerly winds is expected to develop across East Anglia on Friday morning and persist into the evening.

“Gusts of 45-55 mph are likely at times across parts of East Anglia with 60-65 mph gusts at times in coastal districts. Persistent rain may also prove an additional hazard.”