Thousands of Brits took full advantage of the glorious weekend weather, with many choosing to visit the beach to soak up some sun and paddle in the ocean. But locals have since slammed these tourists for the inconvenience they caused.

Barry Island locals in south Wales have hit out at the tourists for the traffic gridlock they caused and for leaving their beach in a mess.

One person commented: “Shame [the tourists] don’t take their rubbish with them and the locals have to go down and pick up after everyone”.

Another person added: “Barry lovely in the winter, disgusting in the summer! Rubbish left strewn all over the beaches! Anti-social behaviour!” 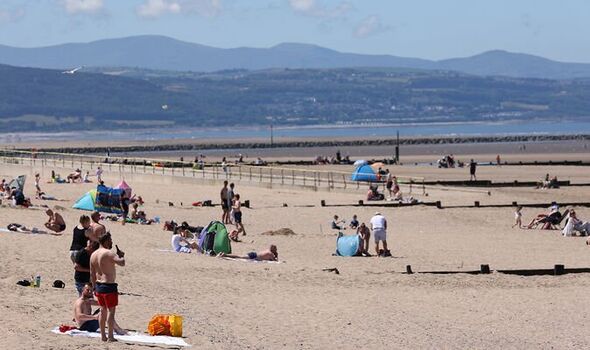 Other locals commented on the overcrowding caused by the the sudden influx of tourists.

One person wrote: “Nightmare! Rammed beach is not my idea of heaven….. much prefer Barry in the autumn with my dog.”

To which someone replied: “I couldn’t think of anything worse!”

A third person added: “I cannot think of anything worse than sitting on a packed beach like sardines.” 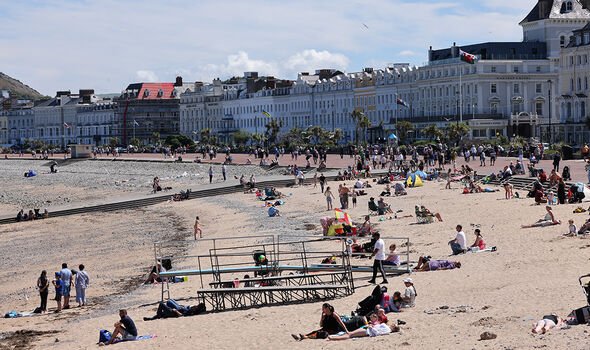 It is not just Barry Island locals who have slammed tourists, with people living in Oxwich Bay in south Wales describing feeling “marooned” when the hot weather brought hundreds of people to the area.

Overflowing car parks, congested lanes and gridlocked traffic were reported at Welsh beaches over the weekend as families looked to make the most of the lasting heatwave, including at nearby Ogmore by Sea.

Oxwich Bay saw hour-long queues of traffic as the number of visitors reached the kind only seen a handful of times each year — locals reported waits ranging from 30 minutes to three hours.

One resident raised concerns around road safety and access, with emergency services unable to bypass a long line of queues.

They said the situation needed addressing for the future.

They said “Last year a newborn baby and an old lady were affected by the hold-up and the delays of up to an hour. This is important to us.” 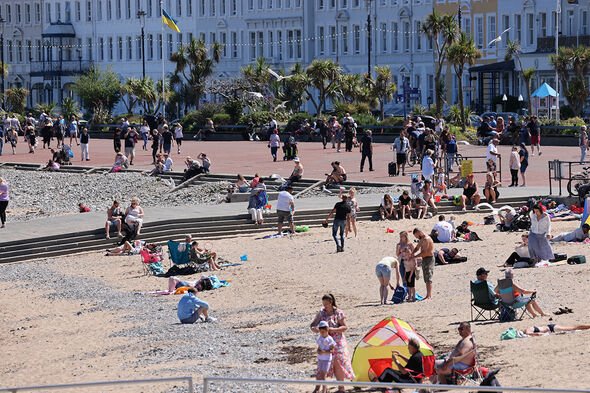 Another resident, Steve Jones, has lived in the area for more than 22 years and spoke of being “marooned” in a situation he expects to likely get worse in the future: “It is a problem — realistically it only happens a few times a year and in this sort of weather but there isn’t really a solution for it.

“As soon as the main car park gets filled, you get long lines of queuing traffic that lock everything up.

“We have gotten used to it, it happens a few times a year and was even worse during lockdown, ironically.

“It is a massive inconvenience not just to us but also anyone wanting to visit Gower.” 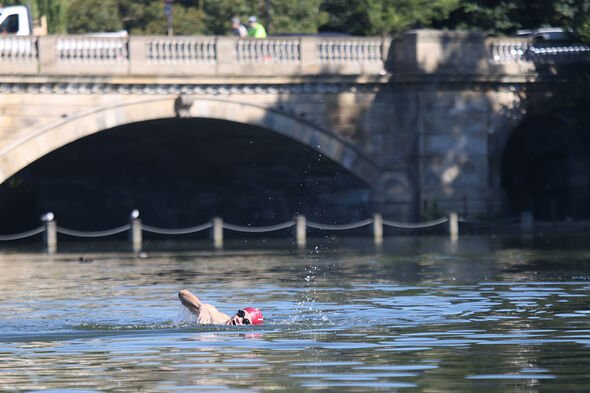 The queueing traffic at Oxwich also reportedly led to visitors also seeking alternative ways to the beach and led to traffic problems elsewhere — one person described it as having been “carnage” since early hours of the morning.

Neil Griffiths visited the beach with family just before 8am and said “I have never seen it so busy”.

He said: “It’s absolutely heaving here. One family with a six-month-old baby queued for three hours to get in.

“It breaks my heart to see so many dogs in this heat. I purposely left mine at home.”

Residents spoke of concerns that the situation could get far worse in the upcoming Ironman 70.3 event where roads within Gower will be closed from public access.

Alan Glass, of Penrice Community Council, said “We’re going to be on lockdown during the whole morning and there is a lot of disruption to the roads around here.

“The issue is once people turn in, the roads are too narrow to turn around so as soon as the car park is full, everything just stands still.”

Horton and Port Eynon Lifeboat have advised visitors to Gower beaches to be more mindful of the dangers following multiple rescues on July 10.

Volunteer crew rescued individuals and families at three separate instances in the space of a few hours that were all in danger of being marooned and returning to shore without difficulty.

A woman from Kazakhstan was rescued from crossing the causeway from Worms Head back to the mainland as the causeway was being covered by the incoming tide.

Shortly afterwards they rescues another two people in the same position before receiving a call that a family of five was also marooned.

A Horton and Port Eynon lifeboat spokesman said: “With the forecast of warm weather over the forthcoming week I anticipate a very busy time for the RNLI and its volunteers.

“I would remind everyone when walking near the coast to not only check the weather but also to check local tide times and plan walks accordingly.

“The causeway at Rhossili is usually open 2.5 hours either side of low tide and the times it is open are displayed near to the causeways.

“You should also take a means of communication with you and, if you find yourself in difficulty or see someone in difficulty phone 999 and ask for the Coastguard.

“I would stress that if you are cut off by the tide you should not attempt to swim or wade ashore.

“Trying to swim or wade to shore when cut off by the tide is extremely dangerous. The tide comes in quicker than you think and moves faster than you can swim.”