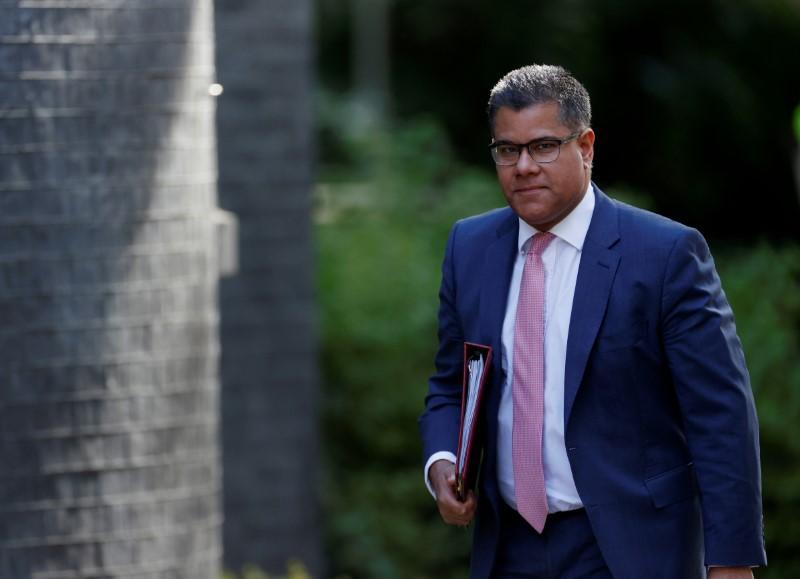 LONDON (Reuters) – British business minister Alok Sharma has been tested for COVID-19 after feeling unwell in parliament on Wednesday, just a day after the government required hundreds of legislators to resume voting in person.

More than 50,000 people in Britain have died of the disease, the worst death toll in Europe, and Prime Minister Boris Johnson spent several days in intensive care in early April after contracting it.

During April and May, legislators could vote remotely, but on Tuesday the government ended the arrangement, angering parliamentarians across all parties.

Hundreds of lawmakers spent over an hour in enormous queues through the imposing corridors and halls of the Palace of Westminster on Tuesday, casting their first ever socially-distanced votes.

A spokesperson for Sharma said the 52-year-old minister began feeling unwell while presenting new legislation in the main chamber of the House of Commons.

“In line with guidance he has been tested for coronavirus and is returning home to self isolate,” the spokesperson said.

Television footage showed Sharma wiping his brow, and opposition lawmaker Sarah Olney, who took part in the debate, said it had been clear from the start that Sharma looked unwell.

“I wish him a speedy recovery but (am) frankly amazed that he decided to take the risk,” she said on Twitter.