UNITED NATIONS/DUBAI (Reuters) – The United States moved to restore all U.N. sanctions on Iran on Thursday, arguing Tehran was in violation of a nuclear deal it struck with world powers in 2015 even though Washington itself abandoned that agreement two years ago. 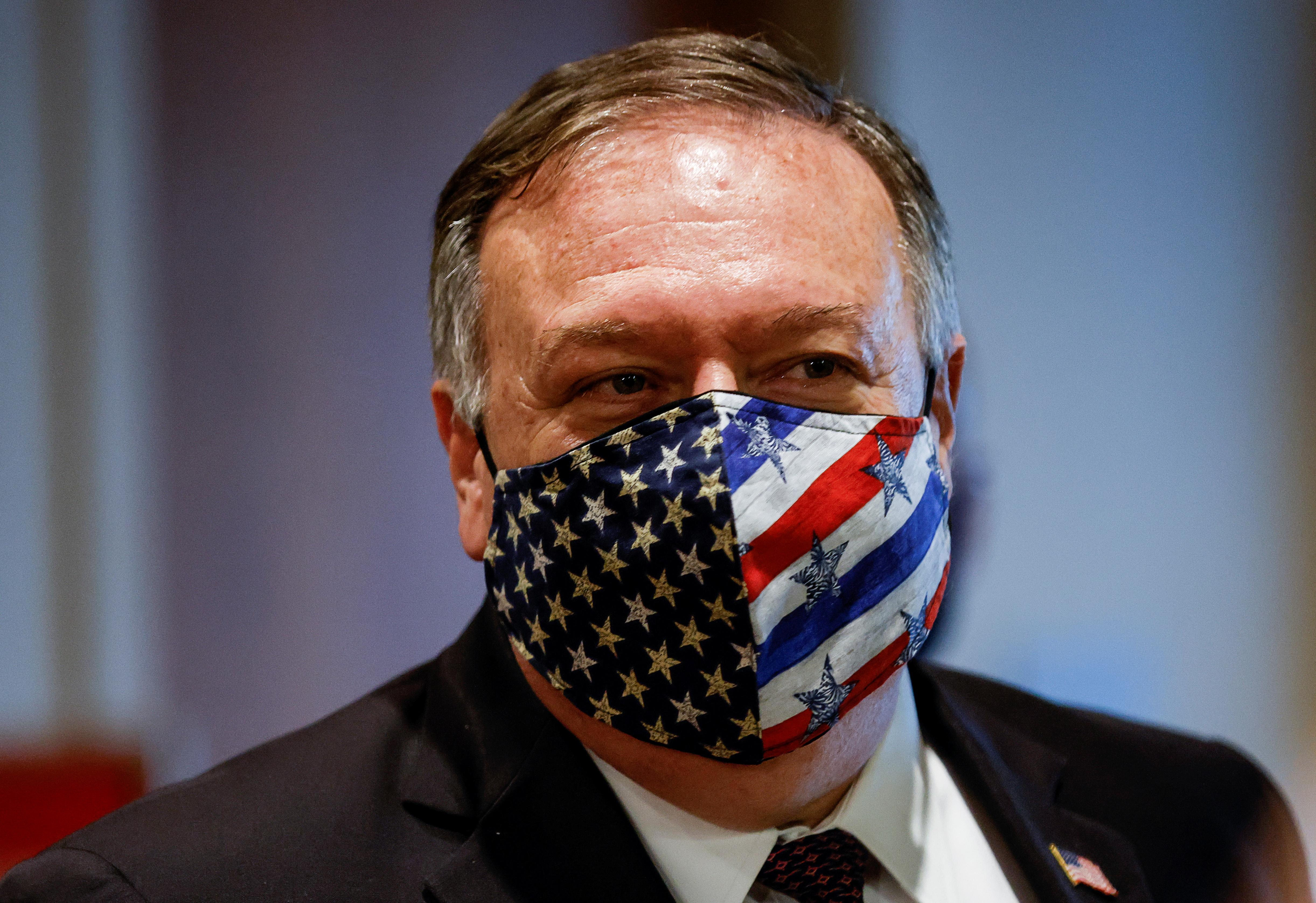 The United States submitted a letter to the 15-member U.N. Security Council accusing Tehran of non-compliance, in theory starting a 30-day process that could lead to the “snapback” of U.N. sanctions even though major powers such as Russia reject the U.S. stance and say they will not restore the U.N. measures.

Iran itself rejected the U.S. move, taken in part because of the impending October expiration of a U.N. arms embargo on Tehran, arguing Washington had no right trigger the re-imposition and asking Security Council members to reject the U.S. action.

U.S. President Donald Trump’s administration abandoned the Iran nuclear deal, which was designed to prevent Tehran from developing nuclear weapons, arguing in part that its limitations on Iran’s atomic activities were inadequate.

In a letter to the U.N. Security Council, U.S. Secretary of State Mike Pompeo said Iran had breached many of the deal’s central limits without acknowledging that most of the Iranian “non-performance” came only after Washington had pulled out.

“Iran’s non-performance is incontestable and a matter of public record,” said the letter, citing Iran’s enrichment of uranium above 3.67%, amassing of an enriched uranium stockpile beyond the agreement’s 300 kg ceiling, and other violations.

In a letter to the Security Council submitted before the United States action, Iranian Foreign Minister Mohammad Javad Zarif said Washington had no right to trigger the “snapback” mechanism as it was no longer a party to the pact.

“The U.S. push to reimpose U.N. sanctions on Iran will have dangerous consequences,” Zarif’s letter said. “Now it is the international community’s turn to counter the unlawful push by the United States.”

Iranian state TV said the letter was sent to the current president of the U.N. Security Council by Iran’s U.N. envoy Majid Takhteravanchi.

Russia’s U.N. ambassador rejected U.S. plans to restore U.N. sanctions on Iran as “nonexistent,” saying only a country that remains in the 2015 agreement can trigger the return of the sanctions in a process known informally as “snapback.”

“We will not take it as snapback,” Russian U.N. Ambassador Vassily Nebenzia told reporters before Pompeo was to deliver the U.S. letter.

“He’s not triggering a snapback. Snapback can be triggered by a country that is a participant of the JCPOA, which the U.S. is not,” he said, referring to the accord by its formal name, the Joint Comprehensive Plan of Action (JCPOA).

“We consider snapback as nonexistent. We will not take it as a snapback,” Nebenzia added.

He was referring to the Security Council resolution that enshrined the 2015 deal between Iran and six major powers: Britain, China, France, Germany, Russia and the United States. 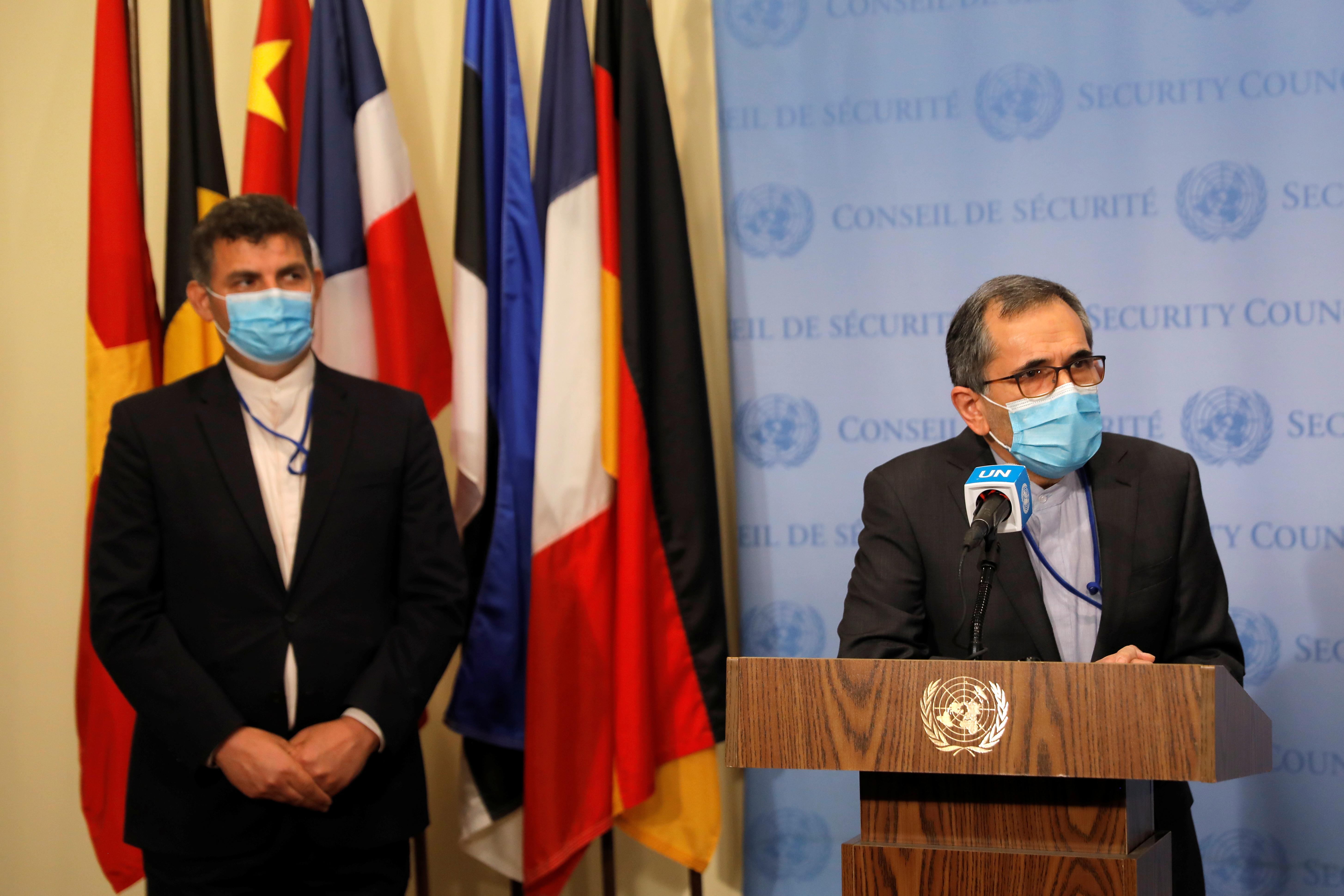 Under the agreement, Iran committed to limit its nuclear activities in return for wide relief from sanctions.

A snapback of U.N. sanctions would require Iran to suspend all nuclear enrichment-related and reprocessing activities, including research and development, and ban imports of anything that could contribute to those activities or to the development of nuclear weapon delivery systems. It would reimpose the arms embargo, ban Iran from developing ballistic missiles capable of delivering nuclear weapons and bring back targeted sanctions on dozens of individuals and entities. Countries also would be urged to inspect shipments to and from Iran and authorized to seize any banned cargo.