Turkey and Russia, which back opposing sides in Syria’s war, agreed on a ceasefire to stop escalating clashes in Idlib. 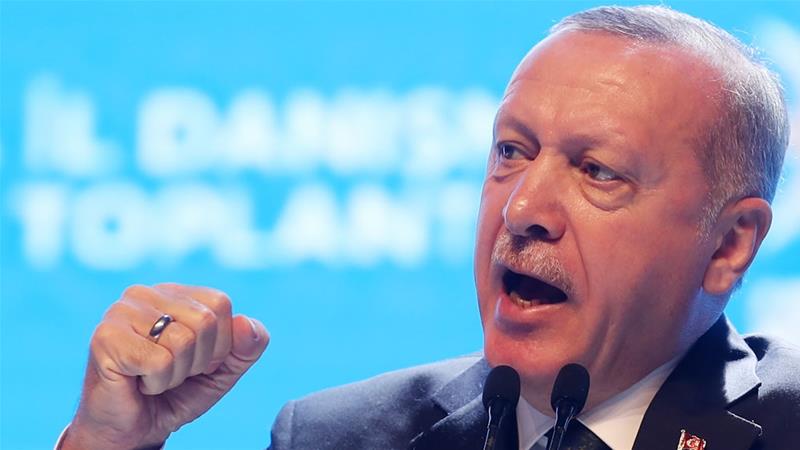 Turkey is expecting Russia to take measures over “small violations” of a week-long ceasefire by its allied Syrian government forces in Idlib province, President Recep Tayyip Erdogan has said, warning that Ankara will respond heavily if its military observation posts in the region come under attack

Turkey and Russia, which back opposing sides in Syria’s war, agreed on the ceasefire to stop escalating clashes in Idlib that brought the two countries close to direct confrontation amid a Moscow-backed Syrian government offensive that has displaced almost a million people.

As well as supporting certain rebel groups in Idlib, the last opposition stronghold in Syria, Turkey set up 12 posts in the province under a 2018 deal with Russia aimed at preventing an assault by Syrian President Bashar al-Assad’s forces.

“In the face of the smallest attack [on our posts], we will not only retaliate, but we will respond much more heavily,” Erdogan said in a speech in Ankara on Wednesday.

The Turkish president agreed to the ceasefire last week with his Russian counterpart, Vladimir Putin, who supports Syrian government forces, but previous such deals have proved temporary.

“Although there are only small incidents here and there, the ceasefire has started to be violated,” Erdogan said. “We are sharing these developments with Russia … and expect them to take measures.”

Under the ceasefire deal, Turkey and Russia also agreed to establish a secure corridor along a key east-west highway in Idlib and hold joint patrols on it as of March 15.

A Russian delegation arrived in Ankara on Tuesday for talks on details of the agreement, which the two sides said would be finalised by next week.

Turkish Defence Minister Hulusi Akar said the talks on implementing the ceasefire have so far been “positive and constructive”.

Damascus, backed by Iranian forces and Russian air raids, has been fighting to retake Idlib since December, pushing close to a million civilians northwards towards Turkey’s border.

Turkey already hosts some four million refugees, and has called for greater assistance from Europe and its NATO partners in dealing with the crisis.

It launched a full-scale military operation in Syria after dozens of its soldiers were killed in Idlib last month.