EU leaders agreed on Thursday to prepare limited sanctions on Turkish individuals over an energy exploration dispute with Greece and Cyprus, postponing any harsher steps until March as countries sparred over how to handle Ankara. Shying away from a threat made in October to consider wider economic measures, EU leaders agreed a summit statement that paves the way to punish individuals accused of planning or taking part in what the bloc says is unauthorised drilling off Cyprus.

France, angered by Turkish foreign policy in Syria and Libya, has sought to push the EU to consider sectorial sanctions on Turkey’s economy, but did not have wide support.

But Germany, Italy and Spain pushed to give diplomacy more time. Greek envoys said the country was frustrated at the EU’s hesitancy to target Turkey’s economy over the hydrocarbons dispute.

In a series of statements made today, Erdogan branded the EU’s sanctions as “biased and illegal”.

Erdogan said: “Our rights must be granted. There are now many rights that EU member states must grant Turkey.

“Reasonable countries in the EU thwarted this game by showing a positive stance.”

In 2011, the Greek Cypriot government began exploring for natural gas with a US company despite warnings from Turkey, which does not recognise the divided island’s status and claims exploration rights. 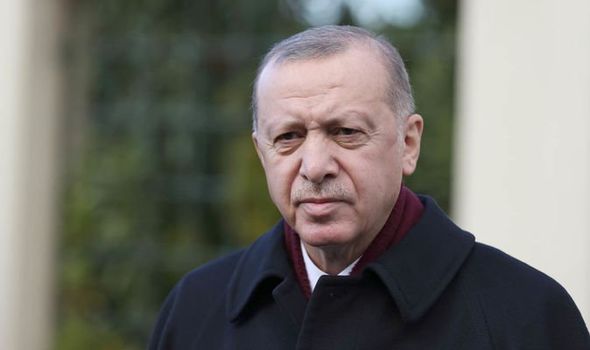 Tensions flared in August when Ankara sent a seismic exploration ship into Cyprus’ exclusive economic zone and also in waters claimed by Greece. The EU, led by Germany, has been trying to negotiate a settlement but without success.

Turkey says it is operating in waters on its own continental shelf or areas where Turkish Cypriots have rights.

Greek Prime Minister Kyriakos Mitsotakis said in a video message before the summit discussion, which one diplomat described as a “heated debate”: “It is very clear what is at stake here: the credibility of the European Union.”

Underscoring the sensitivities of penalising NATO member Turkey, which is also an EU candidate country, another diplomat said there were largely fruitless “long discussions about words” in the final text, which accused Turkey of “provocations”.

In their statement, which softened some criticism of Turkey in early drafts, EU leaders told officials “to adopt additional listings … in view of Turkey’s unauthorised drilling activities in the eastern Mediterranean”.

The US said it was suspending Turkey from a programme to produce parts for the Lockheed Martin F-35 stealth fighter jet, the most advanced US warplane, but some production has continued. It has also blocked Turkey’s planned purchase of more than 100 aircraft.

Erdogan today said both the US and EU sanctions would damage both sides.

In a speech to his ruling AK Party officials, Erdogan called on US and EU politicians to break from the influence of anti-Turkey lobbies, saying there were no problems that cannot be resolved with dialogue and cooperation.

EU leaders also plan to discuss arm exports to Turkey with NATO allies and the US, German Chancellor Angela Merkel said on Friday, after Greece pushed for an arms embargo on Ankara. 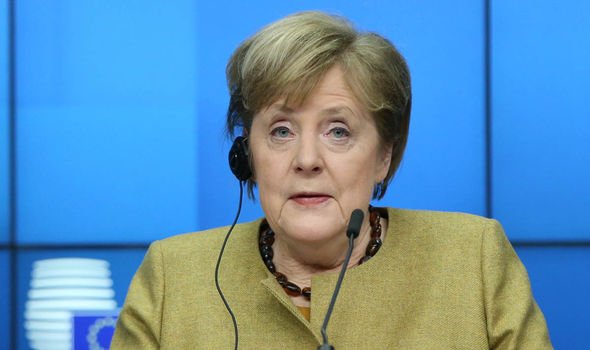 At her EU Summit press conference today, she said: “We also spoke about how questions about arms exports must be discussed within NATO. We said that we want to coordinate with the new US administration about Turkey.”

She also said that EU leaders have asked the High Representative to prepare a report for the next summit on EU cooperation with Turkey and said that Libya and Nagorno-Karabakh were among the topics to be looked at.

“In light of that we will talk more about our relations with Turkey, which is marked on the one hand by strategic dependencies – many of us are members of NATO – and on the other hand by tensions,” she said.

Turkey is furious about US support in Syria for the Kurdish YPG militia, which Ankara sees as a terrorist group.

Turkish forces have carried out three incursions into northern Syria since 2016 to push the YPG back from the border.

Turkey conducted the most recent operation last year despite a warning from US President Donald Trump, who has been broadly supportive of Turkish President Tayyip Erdogan, that he would “totally destroy and obliterate” Turkey’s economy if it went too far.