WASHINGTON (Reuters) – A U.S. Navy veteran detained in Iran since 2018 was freed on Thursday and was on his way back home, President Donald Trump and his family said, in a rare instance of cooperation between the archenemies. 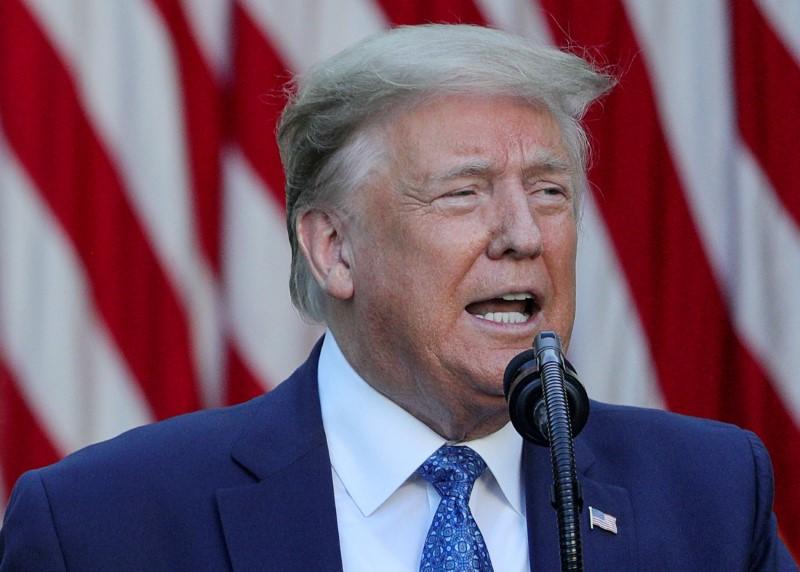 A White House spokesman said Michael White’s release may lead to an opening in the otherwise deeply bitter relationship between Iran and the United States.

White had been released from an Iranian prison in mid-March on medical furlough but had been held in Iran under Swiss custody. Switzerland looks after U.S. interests with Tehran because the United States and Iran lack diplomatic relations.

“I am to happy announce that Navy Veteran, Michael White, who has been detained by Iran for 683 days, is on a Swiss plane that just left Iranian Airspace. We expect him to be home with his family in America very soon,” Trump wrote in a tweet.

White’s release is a rare bright spot in an otherwise deeply frayed relationship between the United States and Iran, which have grown more hostile toward each other since Trump took office in 2017.

Asked whether White’s release could be an opening in terms of U.S.-Iranian relations, White House spokesman Hogan Gidley told Fox News Channel, “Hopefully so. The president has built incredible relationships with leaders across this globe.”

U.S.-Iranian relations have been bitter since the Islamic Revolution toppled the U.S.-backed Shah of Iran in 1979 and ushered in an era of theocratic rule. Tensions flared after Trump pulled out of the 2015 Iran nuclear deal in 2018 and reimposed U.S. sanctions that have crippled the country’s economy.

Both the United States and Iran have called for the release of prisoners due to the novel coronavirus outbreak. Iran is one of the worst-hit countries in the Middle East, while the United States has reported the highest number of deaths and infections in the world from the virus.

“My son, Michael, has been held hostage in Iran by the IRGC and I have been living a nightmare,” his mother Joanne White said in a statement announcing his release. “I am blessed to announce that the nightmare is over, and my son is safely on his way home.” IRGC is the acronym for Iran’s powerful Islamic Revolutionary Guard Corps.

Both the U.S. State Department and Iranian officials have repeatedly denied that Asgari was part of a swap with White, or anyone else and said his case was separate.