Donald Trump has been clinging onto hope of a victory despite ongoing counting suggesting opponent Joe Biden is on track to secure his first term in the White House. President Trump and his lawyers have accused the Democratic party of “fraud” and have lodged demands for a recount in Wisconsin and Michigan, threatening a national lawsuit to challenge the final results of the US Election 2020. But the former Chief Counsel to the Republican Party Mark Braden told the Today programme the US president is unlikely to snatch victory from Mr Biden.

Asked whether the election could be decided in the courts, Mr Braden told the Today programme: “No.

“It’s quite likely that within the next day, two days, three days, there’ll be a clear winner.

“There will probably be some recounts but presently there don’t appear to be any races that are close enough for the recounts to have an impact.

“The lawsuits are pretty much a sideshow, to be candid.” 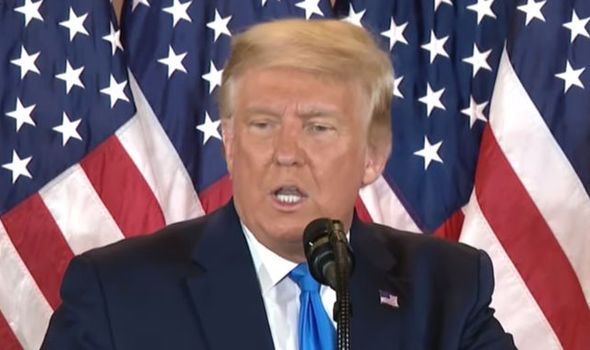 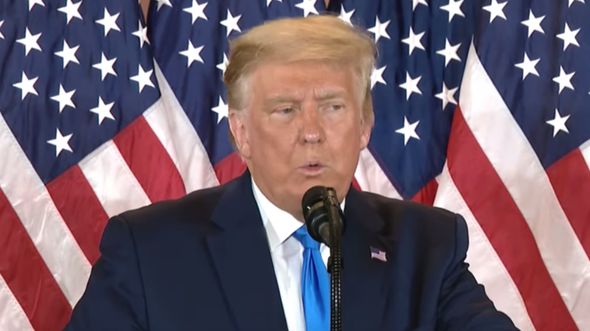 He suggested people should not take the threat of legal action as seriously as the election remains rooted on the ballots cast.

“And it doesn’t look like it’s going to happen here.”

Mr Trump’s lawyer Rudy Giuliani echoed the president when he suggested there have been attempts to “cheat” the Republican Party out of the White House.

Claims of fraud have however been dismissed, with Joe Biden urging everyone to be patient as the final votes are counted in all states.