Concerns raised as hospital, testing info will be sent to a central database in Washington, DC, instead of to the CDC. 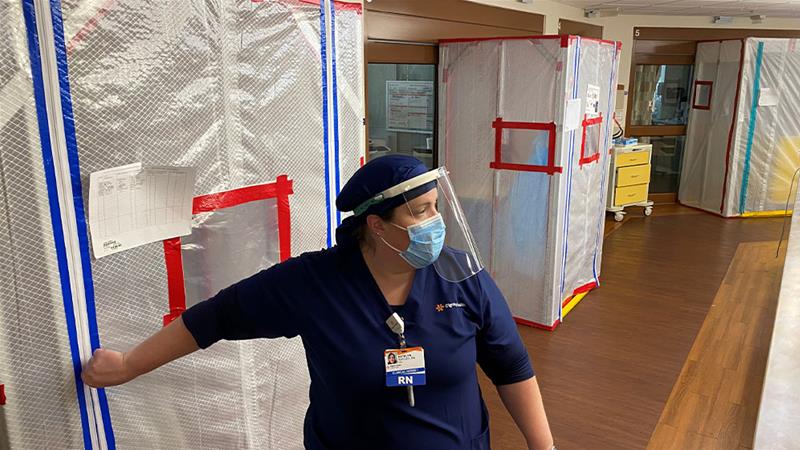 The Trump administration is taking control of data collection on COVID-19 hospitalisations in the United States from the Centers for Disease Control and Prevention (CDC) rising questions about whether the information will be politicised as cases in the US surge and deaths rise.

Patient information will now be sent to a new central database in Washington, DC run by the US Department of Health and Human Services instead of to the CDC, which has been criticised for slow and inconsistent public reporting of the number of cases, available beds and ventilators.

“Today, the CDC still has at least a week lag in reporting hospital data,” HHS spokesman Michael Caputo said in a statement issued to US media outlets.

“America requires it in real time. The new, faster and complete data system is what our nation needs to defeat the coronavirus, and the CDC, an operating division of HHS, will certainly participate in this streamlined all-of-government response. They will simply no longer control it,” Caputo said.

The sudden change, however, raises concerns among public health experts because President Donald Trump and White House officials have sidelined the science-based recommendations of the CDC in urging a quicker reopening of the US economy.

Indeed, national governments worldwide have battled with researchers, the media and each other about the veracity of the data used to monitor and track the disease’s march across the globe. In the US, state-by-state numbers on specifics like nursing home infections – the source of most deaths – have been reported unevenly. 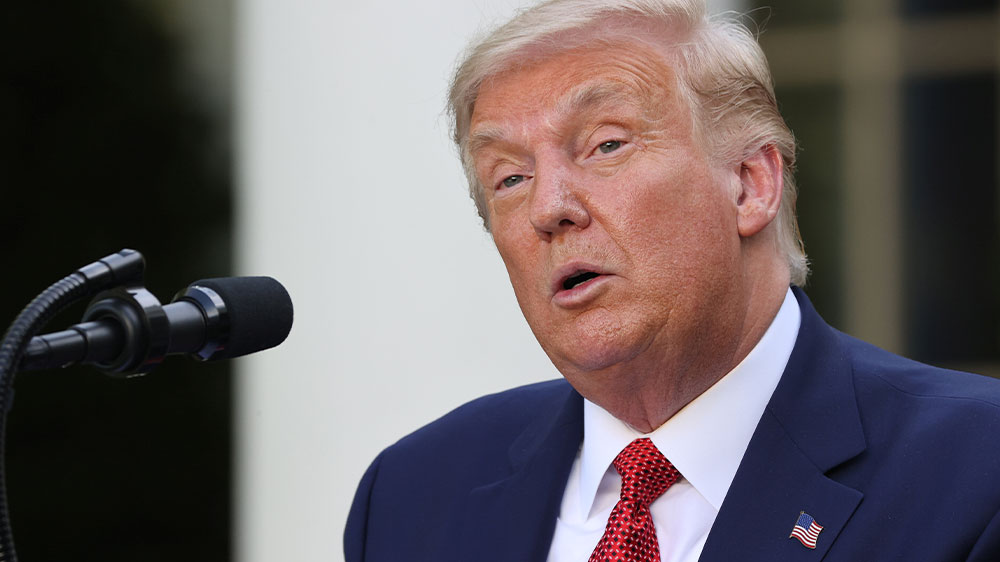 On Tuesday, Trump again claimed the reason coronavirus cases are rising in the US is because testing has become widely available and he asserted death rates are continuing to decline, even though the data shows that infection rates are climbing.

“If we didn’t test, you wouldn’t have all the headlines because we’re showing cases and we have just about the lowest mortality rate,” Trump said in remarks at a White House news conference.

“Think of this: If we didn’t do testing – instead of testing over 40 million people, if we did half the testing – we would have half the cases. If we did another – you cut that in half – we would have, yet again, half of that,” the president said.

Nationwide, the US has 3.4 million confirmed cases with  55,500 people hospitalised on Wednesday with the infection, a number that is now rising rapidly after dropping in May and June, according to The COVID Tracking Project, an independent data collection effort that draws its numbers from state health departments and other sources. 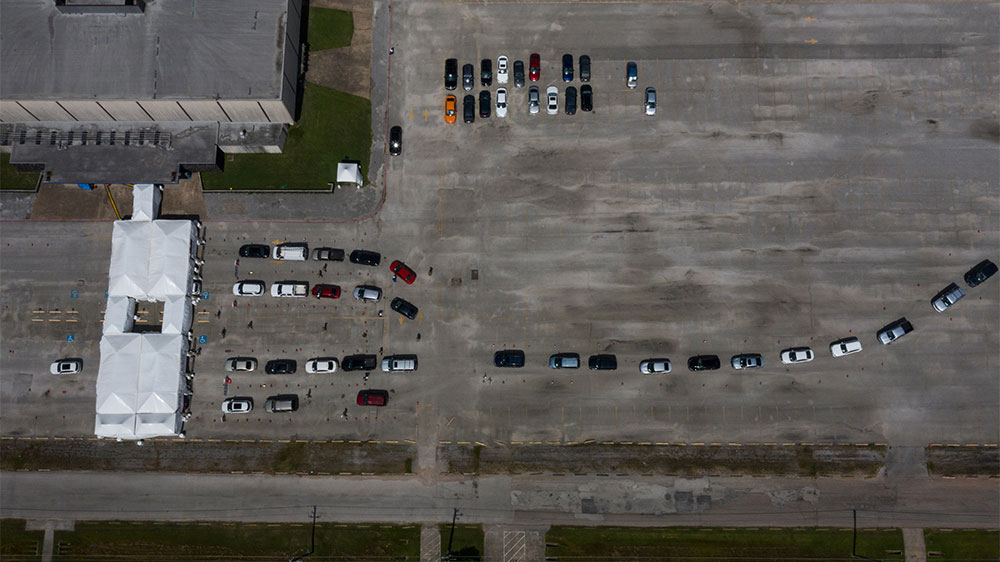 “Historically, CDC has been the place where public health data has been sent, and this raises questions about not just access for researchers but access for reporters, access for the public to try to better understand what is happening with the outbreak,” Jen Kates, director of global health and HIV policy with the nonpartisan Kaiser Family Foundation, told the New York Times.

Under the current system, the CDC collects detailed surveillance information about hospitalisation rates and patient characteristics from a network of 3,000 hospitals. The data is then analysed by CDC scientists and reported back weekly to state and local officials.

“I worry greatly about cutting CDC out of these reporting efforts,” Jennifer Nuzzo, an epidemiologist with the Johns Hopkins Bloomberg School of Public Health’s Center for Health Security in Baltimore, told the Washington Post newspaper. “I see little benefit from separating reporting of hospitalisations from reporting of cases, which CDC currently coordinates.”

HHS Secretary Alex Azar and Deborah Birx, the White House’s Coronavirus Task Force response coordinator, said in a letter to governors they had ordered the changes because some hospitals failed to report the information daily or completely. 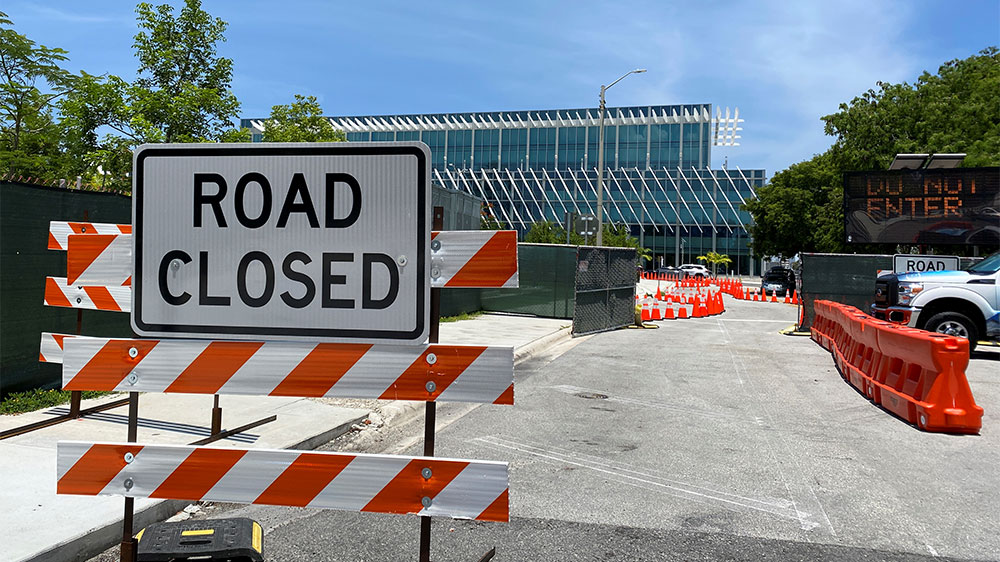 Last week, Trump rejected guidelines the CDC produced for reopening schools safely as too stringent. The president, facing re-election in November, is pushing to have schools reopen beginning next month in order to help get the US economy moving.

The Trump White House has also begun criticising the nation’s top infectious disease scientist Dr Anthony Fauci, head of the National Institute of Allergy and Infectious Diseases, who has been a leading voice for public closures and social distancing to control the virus.

In an op-ed published in the USA Today newspaper on July 14, Trump’s top trade adviser Peter Navarro argued Dr Fauci had underplayed the risks of the coronavirus in early days of the pandemic.

“Fauci has a good bedside manner with the public, but he has been wrong about everything I have interacted with him on,” Navarro wrote.

US COVID-19 cases by state