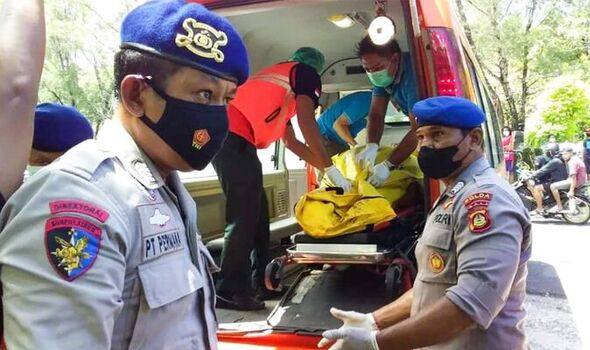 The body of Michael Andrew, 36, was discovered lying facedown by a shocked local near the Suwung landfill on the island’s Denpasar City, with post-mortem examinations of his injuries suggesting he died in a road accident.

The British man was found in a swamp next to a landfill after it is thought his motorcycle, a grey Honda Scoop, fell into the water.

According to national media, 18-year-old Putu Kurniawan discovered the body while working in the area.

He said: “[I] was working and saw there was a corpse floating there.

“He was found wearing black shorts, a black t-shirt [with] a tattoo on his right arm, it was suspected that he had drifted from where he had the accident.”

His partner, 36-year-old Indah Prihartini, said Mr Andrew had gone to a nightclub in the beachfront area of Legian on Friday night.

He texted her on WhatsApp shortly after midnight on Saturday saying he would be home soon, though never returned.

The UK citizen was reportedly partying at one of the AMV bars in the Legian area, South Kuta, Badun.

When officers arrived at the scene, they identified the body from his wallet, which contained a driver’s licence, a credit card, a coronavirus vaccine pass, a room key and Rp 607,000 (£32.30) in cash.

South Denpasar Police Chief Kompol Gede Sudyatmaja said that “at around 1 am”, Mr Andrew “sent a WhatsApp message to his girlfriend” telling her “he was on his way home”.

However, “after waiting until the morning”, Mr Andrew “did not come home and was contacted by his cellphone, but it was not active”.

The police chief said it is suspected Mr Andrew “was involved in an accident and fell into the swamp”.

He added the British Consulate in Bali had been informed of the death and the circumstances around the tragedy are now under investigation.

He said: “Investigating officers are checking cameras in the area to try and establish the cause of death of the foreign man.

“The initial assessment is that we don’t believe that foul play was involved.

“The victim’s embassy has been informed and they will contact relatives in his home country.”

The Foreign Office said: “We are providing consular support to the family of a British national who died in Bali and are in contact with the local authorities.”