Santiago’s total quarantine comes amid a resurgence in cases in the wealthier eastern areas of the city. 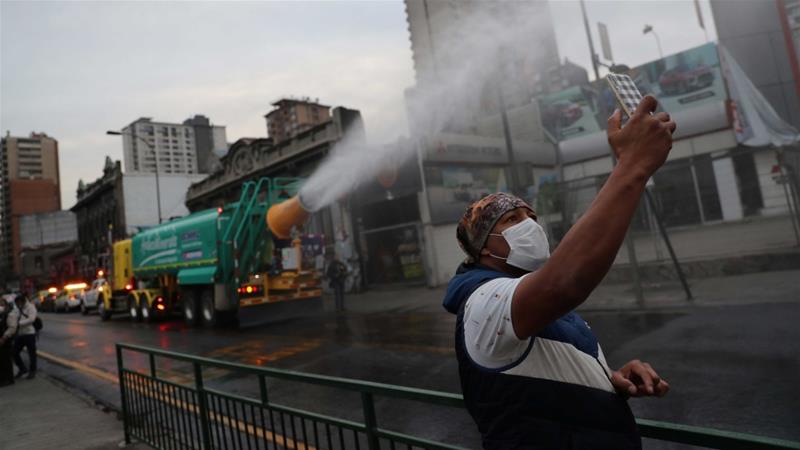 Chile’s health minister Jaime Manalich on Wednesday announced a general quarantine for greater Santiago to force down a sharp resurgence of coronavirus cases in the capital.

“The month of May is proving very tough on our country,” said Manalich, who reported that 2,660 new cases of the virus were recorded in the country overnight, up 60 percent from the previous day.

The minister said the “extraordinary, tough new measures”, which take effect on Friday, are necessary to bring down the contagion rate. He also announced a nationwide quarantine for all people over 75.

Santiago has a population of approximately 6.5 million people. The total quarantine there and in surrounding satellite towns comes amid a resurgence in cases in the wealthier eastern areas of the city where the virus was first identified among people returning from trips to Italy and Asia.

Manalich called on citizens to pull together and take the measures seriously, and report anyone not wearing masks or observing social distancing.

“In reality the battle for Santiago is the crucial battle in the war against coronavirus,” said Manalich.

Some 313,750 coronavirus tests have been carried out on the population of 18 million people.

Asked about claims that some public hospitals were close to collapse, he insisted that patients and medical resources already have been transferred to avoid overwhelming particular areas.

“We don’t fear a collapse but in the event that these actions we’re taking work and are respected,” he said. “We need the commitment of every citizen, to understands what is at play here and respect all the measures so we don’t face a collapse in the system because of a vertiginous increase in cases.”