Home » World News » Tokyo Olympics: Belarus sprinter Krystsina Tsimanouskaya says she has been taken to airport against her will for criticising national Olympic coaches

An Olympic sprinter from Belarus is seeking protection from Japanese police at a Tokyo airport after apparently being taken there against her will by officials from her own country.

Krystsina Tsimanouskaya, says she was seized after publicly complaining about national coaches.

She was due to compete in the women’s 200 metres and the 4×400 metres relay at the Tokyo Olympics next week.

She can be seen in pictures surrounded by police, taken at the city’s Haneda airport on Sunday and was heard by a photograpger saying: “”I think I am safe. I am with the police.”

The 24-year-old says she has sought the protection of officers so she does not have to board a flight home. 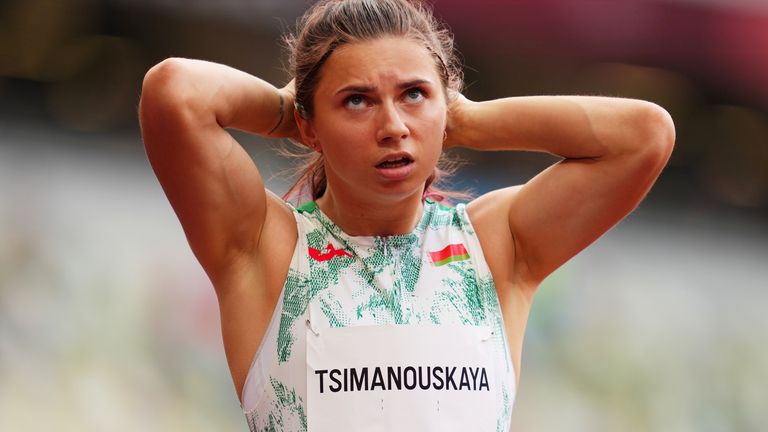 “I will not return to Belarus,” she told the Reuters news agency in a message over Telegram.

Coaching staff went to Tsimanouskaya’s room on Sunday and told her to pack, she claimed. She said she had been removed from the team due “to the fact that I spoke on my Instagram about the negligence of our coaches”.

In another video she said: “I am asking the International Olympic Committee for help. There is pressure against me and they are trying to get me out of the country without my permission. So, I am asking the IOC to get involved in this.”

The IOC says it is aware of the reports and is “looking into the situation… and asking for clarification.”

But in a statement on its Facebook page, the Belarus Olympic Committee said Tsimanouskaya was removed from the Games because of her “emotional and psychological state”.

It said: “According to doctors, due to the emotional and psychological state of the Belarusian athlete Christina Tsimanouskaya, the coaching staff of the national athletics team decided to stop the performance of the athlete at the XXXII Olympics. 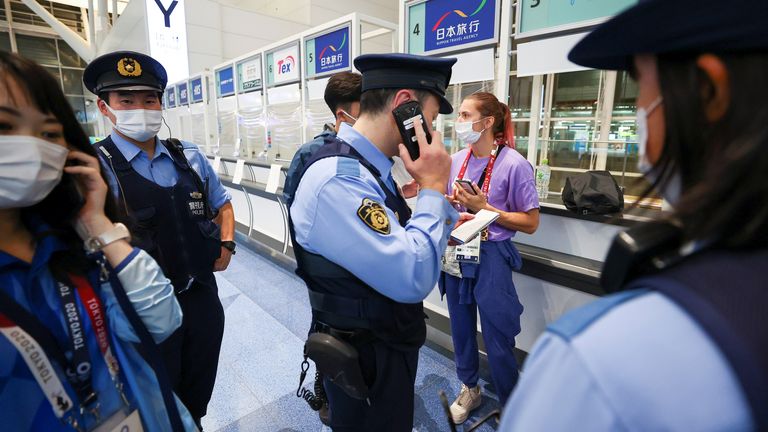 “Consequently, the athlete’s application for participation in qualifying races at 200m and in the 4x400m relay was recalled.”

Tsimanouskaya, who also ran in the heats for the 100m, had previously complained she was entered in the 4x400m relay after some members of the team were found to be ineligible to compete at the Olympics because they had not undergone a sufficient amount of doping tests.

“Some of our girls did not fly here to compete in the 4×400 m relay because they didn’t have enough doping tests,” Tsimanouskaya said from the airport.

“And the coach added me to the relay without my knowledge. I spoke about this publicly. The head coach came over to me and said there had been an order from above to remove me.”

A Reuters source at the Belarusian Sport Solidarity Foundation, which supports athletes jailed or sidelined for their political views, said Tsimanouskaya planned to request asylum in Germany or Austria on Monday.