The Kiwi leader’s chances of being re-elected have hit a new low since she was elected in 2017. Ms Ardern became the youngest female head of government in the world when she was elected at age 37.

The latest opinion poll by 1 News/Kantar has revealed that New Zealand’s right-leaning parties would have enough support to form a coalition government in the next election.

The centre-right National Party is the most popular party polling at 37 percent while the libertarian-right ACT party (Association of Consumers and Taxpayers) is polling at 11 percent.

It is estimated the combined total would give both parties enough seats to form a government.

In contrast, New Zealand’s left-leaning parties are not expected to have enough power together to form a government, according to the survey.

The Labour Party, which Jacinda Ardern leads, is at 33 percent and their traditional ally, the Green Party, is at nine percent.

Their other potential coalition partner, the Te Pāti Māori party, is polling with a mere two percent of the vote. 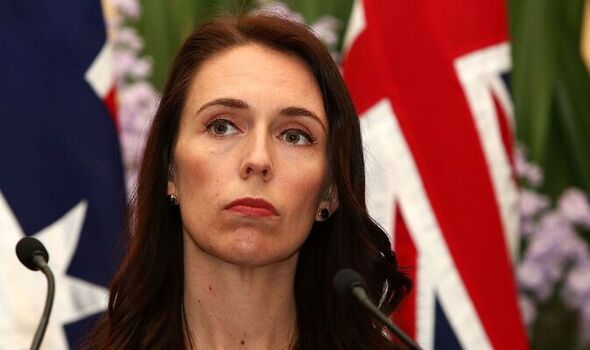 A recent poll shows that New Zealanders have lost faith in their economy which may be one of the reasons for the Labour Party’s popularity loss.

Just under half of Kiwis believe the economy will worsen in the next 12 months, compared to 26 percent of those who think it will improve.

One-in-four respondents also believe it will remain the same.

New Zealand’s next election is more than a year away and will be held in late 2023. 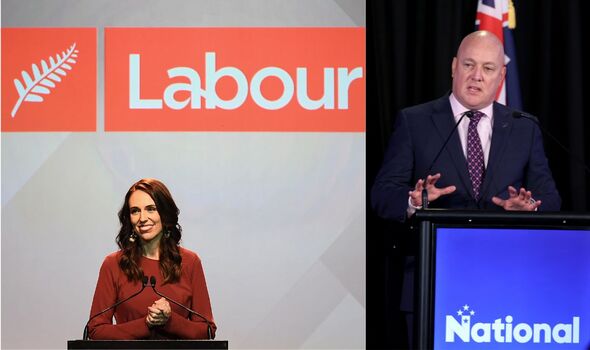 Ms Ardern spoke with TVNZ and said times were difficult for New Zealanders.

She added: “But New Zealand has advantages as well. I do look to those causes of optimism – low unemployment, low relative debt, and the fact that we have our borders, tourism coming back.

“Those things will give a boost – a much-needed boost to us – going forward.” 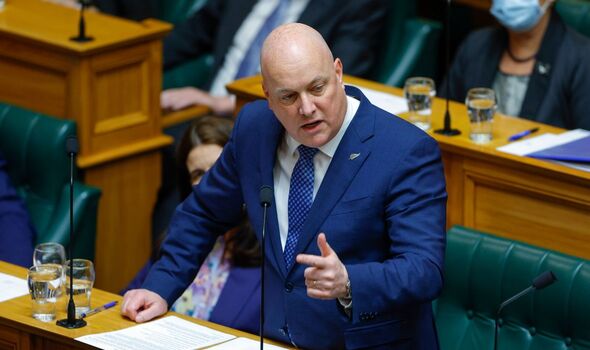 Christopher Luxon, leader of the National Party, was critical of the Prime Minister in response to the poll.

He said: “Kiwis are over the government and they want to change”.

“I think they understand that this is a government that is not good with money and not good at managing the economy.”

Despite Mr Luxon’s comments, Ms Arden is still winning as New Zealand’s preferred Prime Minister, with a backing of 30 percent compared to 22 percent for the Leader of the Opposition.