Six Miami University students have been cited by Ohio police and fined $500 after they were discovered holding a house party Saturday, in defiance of COVID-19 lockdown rules.

Even worse, the students claimed that many people at the party were knowingly COVID-19 positive.

A police officer captured dialogue with the students on startling bodycam footage, recorded as the officer approached several people out on a porch in Oxford, Ohio. (The students attend Miami University on the Oxford campus.)

The footage, published first on WOIO, shows the officer warning them that they’re violating pandemic rules. The officer runs a student’s licence and discovers that he’s recently been found to have coronavirus. The student then tells the officer that many of those at the party are also infected.

The interaction took place around 4 p.m. Saturday, and in the video, it’s clear that no one at the party is wearing face masks. Multiple people can be seen on the porch, and reports of the incident say that at least 10 to 20 other people were inside the home. 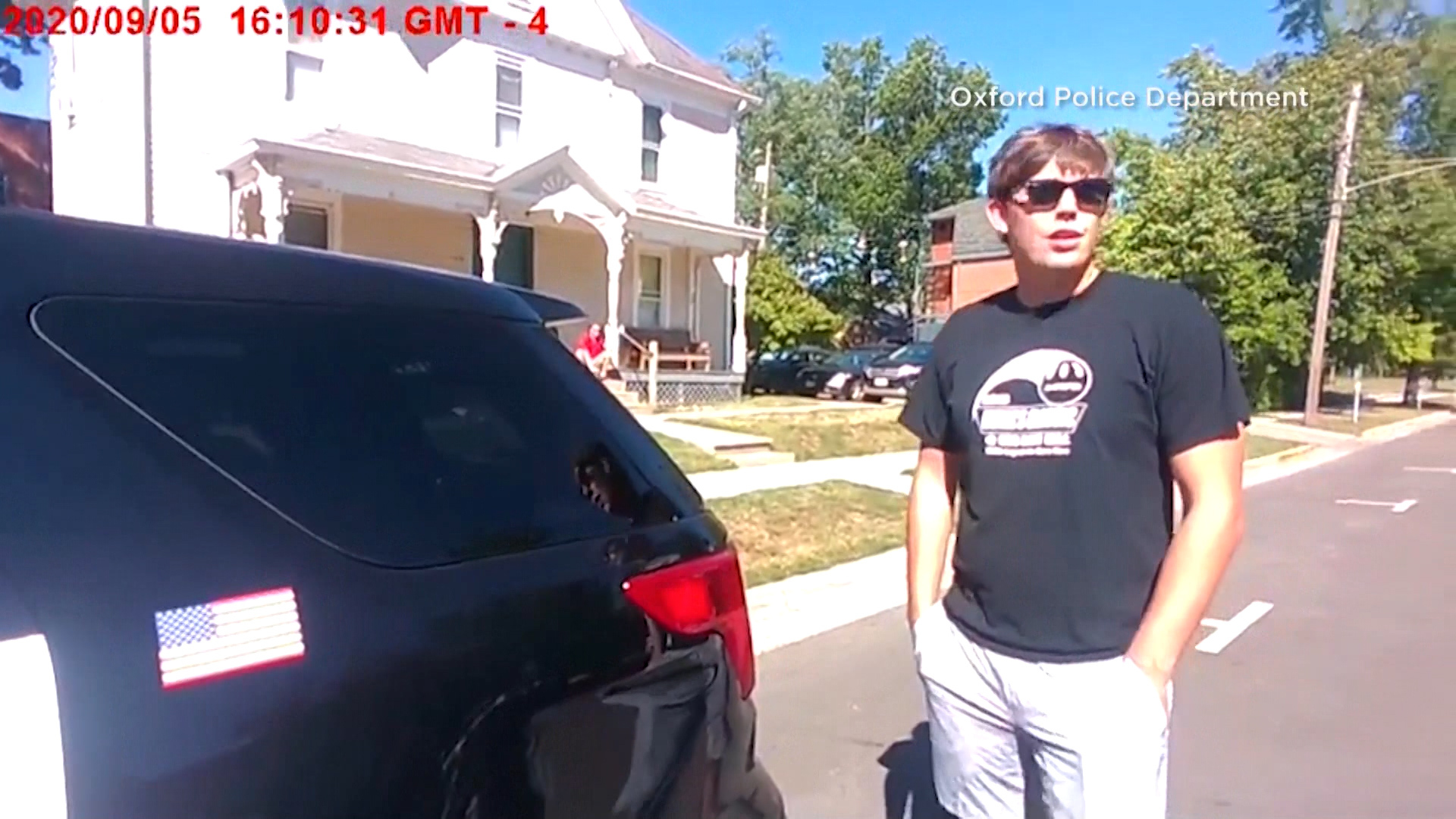 After running the student’s licence, the officer steps out of his car.

“I’ve never seen this before,” he says, waving the student over. “There’s an input on the computer that you tested positive for COVID?”

The officer then asks the student if he’s abiding by quarantine rules, to which the student replies that each person living in the house has tested positive for COVID-19 already, and he’s been staying inside the home. He later says that some visitors are also COVID-19 positive.

“But you have other people here, and you’re positive for COVID? You see the problem?” asks the officer incredulously. “You’re not quarantining if you’re mixing with other people.”

The officer ordered all non-residents of the house to leave, and eight people departed. He cited six students overall, five of whom live in the house. The names of the cited students have not been released.

According to ABC News affiliate WCPO, nearly one in 17 Miami University students have tested positive for COVID-19 and remain open cases.

The university has reported 1,084 total cases of COVID-19 in its student body since Aug. 24, reports WCPO.

So far, Miami University has not released a statement about this specific incident but has posted its “Healthy Together” coronavirus standards multiple times to social media.

In-person and hybrid classes start at the university on Sept. 21.

Teachers in at least three U.S. states have died after bouts with coronavirus since the dawn of the new school year, and a teachers’ union leader worries that the return to in-person classes will have a deadly impact across the U.S. if proper precautions aren’t taken.

— With a file from The Associated Press