HOUSTON (Reuters) – Hurricane Laura strengthened on Wednesday as it churned over evacuated oil-production platforms in the U.S. Gulf of Mexico and took aim at the energy industry’s refining hub along the Texas/Louisiana coast.

The storm is forecast to become a Category 4 hurricane with heavy rains and catastrophic, 130 mile-per-hour (209 kph) winds that will drive ocean waters up to 30 miles (48 km) inland, forecasters said.

A half a million people in the two states fled the storm, clogging highways out of the area before it makes landfall at about midnight (0500 GMT Thursday).

The storm resembles 2005’s Hurricane Rita, which caused more than $18 billion in damages and killed more than 120 people, many during a hurried Texas evacuation.

Laura’s 12 mph to 15 mph race to the coast is driving a wall of water, said Jim Foerster, chief meteorologist at DTN, an energy, agriculture and weather data provider.

The wall of water presents an “unsurvivable” surge that could stretch as far as 30 miles from the coast, the NHC said.

The storm track spans Port Arthur, Texas, to Lake Charles, Louisiana, an area with a half-dozen large oil refineries and natural-gas processing plants. Lake Charles, on the eastern side of the storm eye wall, could see an at six to nine foot wall of water, Foerster said.

The ports of Lake Charles, Louisiana, and Houston, Beaumont, Port Arthur and Orange, Texas, were closed to vessel traffic on Wednesday, the U.S. Coast Guard said

Already, nine oil-processing plants that convert nearly 2.9 million barrels per day of oil into fuel, and account for about 15% of U.S. processing were reducing production or shutting down.

As the storm prepared to strike the Texas/Louisiana border, refiners farther west were expecting to ride it out. 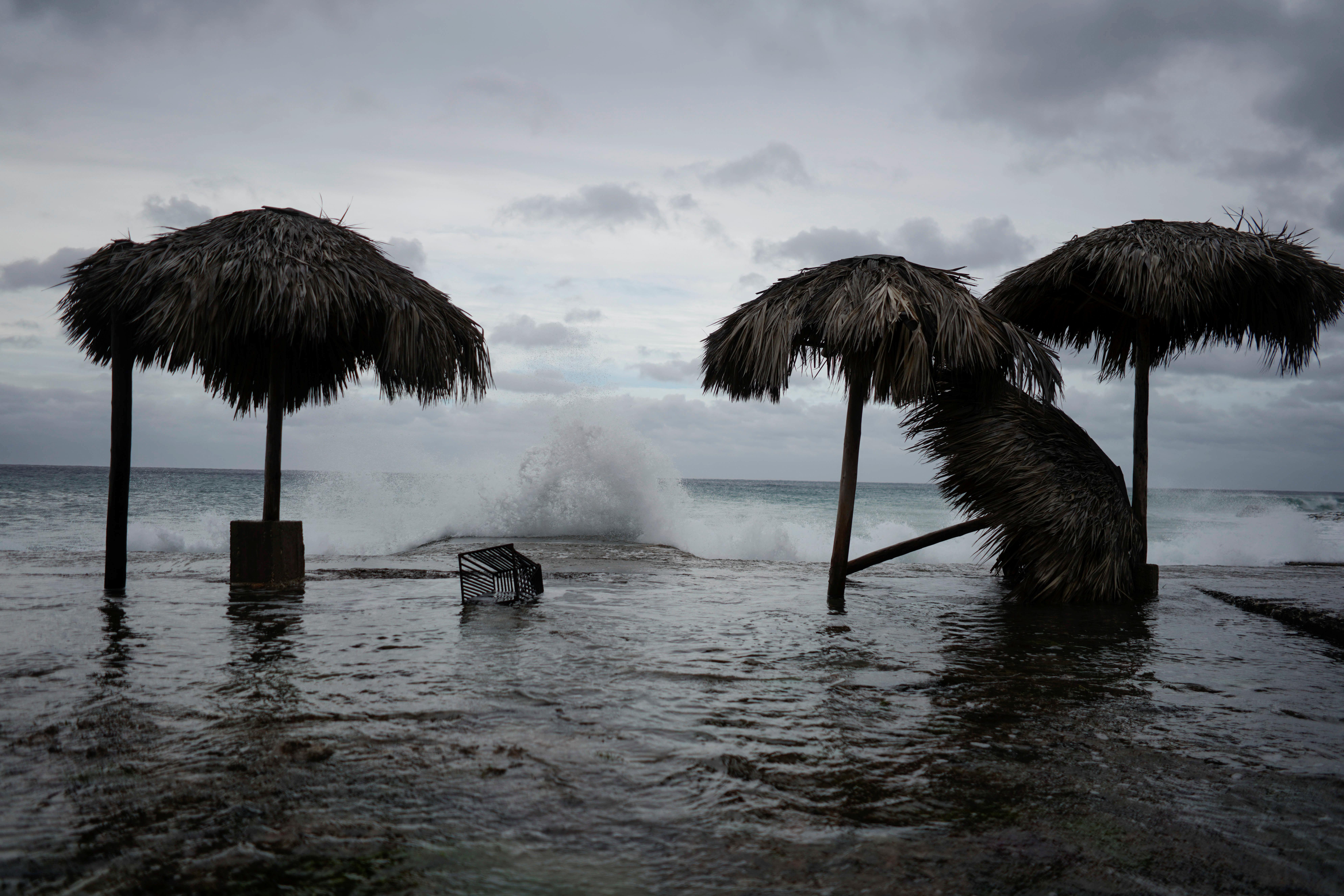 Marathon Petroleum Corp (MPC.N) and LyondellBasell (LYB.N) plan normal production at their Houston-area refineries, according to people familiar with the matter. Marathon did not have an immediate response. LyondellBasell did not immediately reply to a request for comment.

Exxon said its Baytown, Texas, plant outside of Houston, continued to run but was taking precautions in event conditions worsen.