Figures released this morning from the Ministry of Health show 164 deaths in the last day, bringing the total to 25,264. The total number of positive cases is now 217,466 (up 833) and the number cured is 118,902 (up 1,654). The considerable decrease in the death tally was reported by Prime Minister, Pedro Sanchez who is conducting a video conference with the leaders of all the autonomous regions in Spain to explain measures being taken to ease the lockdown imposed on March 14.

One of the major changes will be to allow up to 10 people to mix together for the first time.

The government says they don’t have to be members of the same family so neighbours and friends can meet for social occasions in either their homes or gardens. They can also share the same vehicle if they sit apart.

From Monday, the Ministry of Health says everyone using public transport must also wear a mask and 14.7 million will be distributed at transport hubs.

It will be the first time in nearly two months that group reunions will be allowed and signals the start of what Spanish Prime Minister Pedro Sanchez describes as the path to the “new normality”.

It adds to the new freedom rules for adults, children and pensioners who can now go out to walk, exercise or play at different times of the day.

The group reunions will be allowed from the start of phase one which most of Spain will enter from May 11. The Canary islands of El Hierro, La Gomera and La Graciosa will jump straight to this phase on May 4th because of their low incidence of coronavirus and no deaths, together with Forementera in the Balearics. 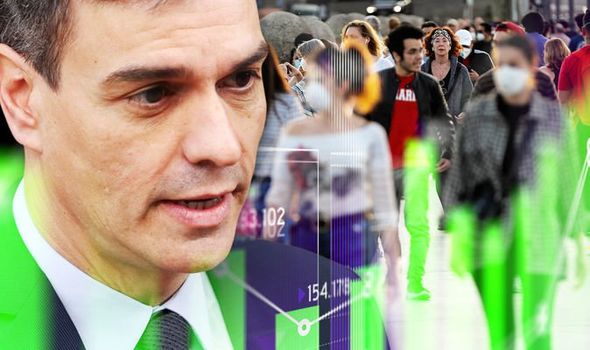 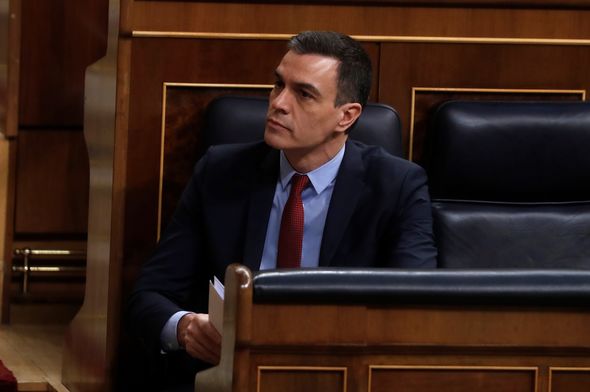 During the social gatherings, the ten or less people will still have to practise social distancing and follow strict hygiene rules such as hand washing.

Vulnerable groups such as people with immune suppressed diseases, pregnant women or diabetics will be excluded from these meetings.

The Spanish government has also bowed to criticism and will allow the terraces of bars and restaurants to open in this first phase with 50 per capacity, not 30 percent as before. Interior spaces can be used at later phase, again with reduced capacity and screens.

In a major address last night, Mr Sanchez said: “We have stopped the epidemic. We have limited the spread of the virus in record time. And now comes a stage in which we will gradually recover spaces of mobility and social activity, of social relationship while keeping the virus at bay.

“We are winning the battle against the epidemic, but with a very high cost in lives and sacrifices. The virus has not gone away. The virus is still there, on the prowl, and consequently we have to be prepared to be able to react, and logically, to be able to govern this transition towards that new normality.”