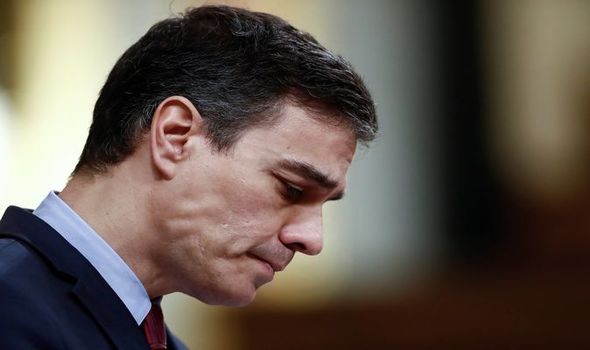 The Spanish Health Ministry has confirmed a further 517 people have died from COVID-19 taking the total number of deaths to 17,489,

Health authorities has also confirmed 3,477 new cases of the virus taking the total number of infections to 169,496.

The number of deaths announced on Monday is below the 619 new deaths recorded on Sunday.

The number of fatalities had spiked again on Sunday following three successive days of the falling numbers.

On Saturday figures suggested the second worst affected country in Europe, behind Italy, had overcome the peak of the virus.

The Spanish Government has this morning began lifting the nationwide lockdown as thousands of workers go back to their jobs.

Businesses including construction and manufacturing have been allowed to reopen once again.

Officials were seen at major transport hubs handing out face masks as people went on the morning commute.

However restrictions remain in place for large parts of the country as shops, bars and public spaces will remain closed until at least April 26.

Prime Minister Pedro Sanchez said on Sunday the decision to restart some sectors of the economy was taken after consulting a committee of scientific experts.

Mr Sanchez urged caution and insisted the public was not yet ready to return to normal life.

He said: “We are still far from victory, from the moment when we can pick up our normal lives again.

“But we have made the first decisive steps in the path towards victory.”

This is a developing news story, more to follow.