Ukraine's hold on Snake Island is 'resounding' defeat for Russia

Emmanuelle Chaze, DW correspondent, said Ukraine’s recapture of Snake Island was “very important symbolically” because it “gives them back control” of the Black Sea, a body of water that is pivotal to Russia’s rearmament provisions, as well as the shipment of global goods such as grain. Ms Chaze added that the strikes in Odessa in the early hours of Friday could be a “retaliation” to the defeat in Snake Island but said it was hard to confirm that because “everyday there is shelling upon civilians”.

Ms Chaze said: “The fact that Ukraine has a hold of Snake Island is very important symbolically.

“It’s also very important strategically because it gives them back control of parts of the Black Sea, which they had before the start of the war.

“But, of course, this is really a defeat and a resounding defeat for Russia so maybe those strikes [in Odessa] came as retaliation.

“But we cannot really tell because every day there is more shelling upon civilians here in Ukraine.” 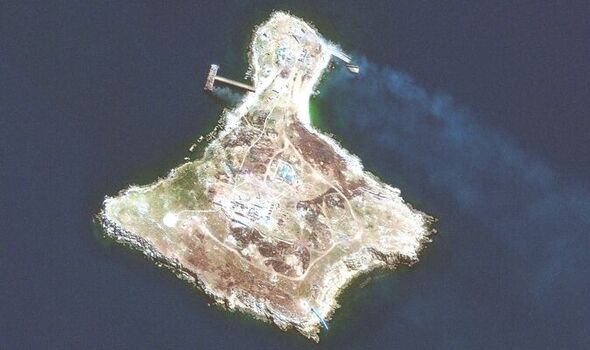 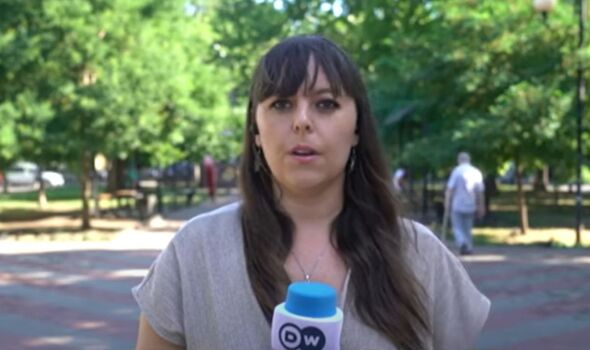 Snake Island became a national symbol on the first day of the invasion after a Ukrainian guard ordered by Russia to surrender radioed back: “Russian warship, go f**k yourself.”

Ukraine’s reclaiming of the island territory represents a major success in the fight against Russia.

Putin’s forces had used their control of the sea to impose a blockade on Ukraine, one of the world’s biggest grain exporters, threatening to shatter Ukraine’s economy and cause global famine.

Moscow denies it is to blame for a food crisis, which it says is caused by Western sanctions and Ukrainian sea mines. 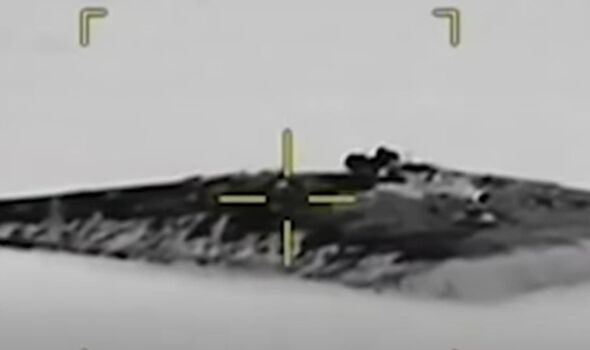 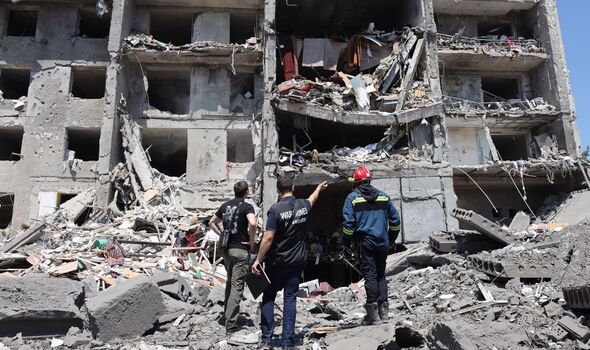 Pushing the Russians off Snake Island could be a step towards reopening Odessa’s port, although military analysts say Russia could still threaten cargo ships at sea.

Despite yielding ground and taking punishing losses in the eastern Donbas in recent weeks, Ukraine hopes to inflict enough damage to exhaust Russia’s advancing army, and turn the tide in coming months with advanced weapons arriving from the West.

Their efforts will be further aided by the United States, who announced a further $800 million in weapons and military aid.

US President Joe Biden, speaking after a NATO summit in Madrid, said America and its allies were united in standing up to Russian President Vladimir Putin. 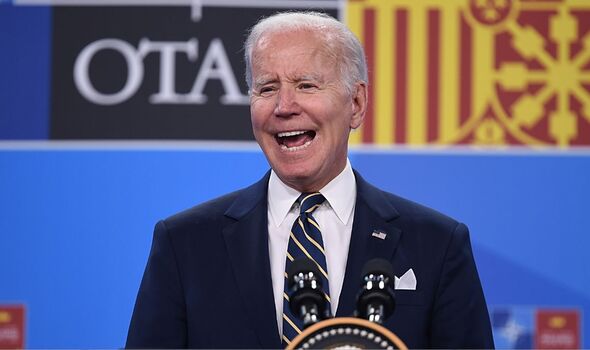 Mr Biden said: “I don’t know how it’s going to end, but it will not end with Russia defeating Ukraine. We are going to support Ukraine for as long as it takes.”

The strike in Odessa, however, has caused devastation in the port city and somewhat muted celebrations over Snake Island.

One section of a nine-storey apartment block was completely destroyed by a missile that struck at 1:00 a.m.

The walls and windows of a neighbouring, 14-storey apartment block had also been damaged by the blast wave. Residents were helping rescue workers comb the rubble.

Local resident Oleksandr Abramov said of the shelling: “We came here to the site, assessed the situation together with emergency workers and locals, and together helped those who survived. And for those who unfortunately died, we helped to carry them away.”