CHAMPERY, Switzerland (Reuters) – Alpine ski resorts emptied on Sunday as governments ordered new measures to limit the spread of coronavirus in Europe, including the closure of ski lifts and restaurants. 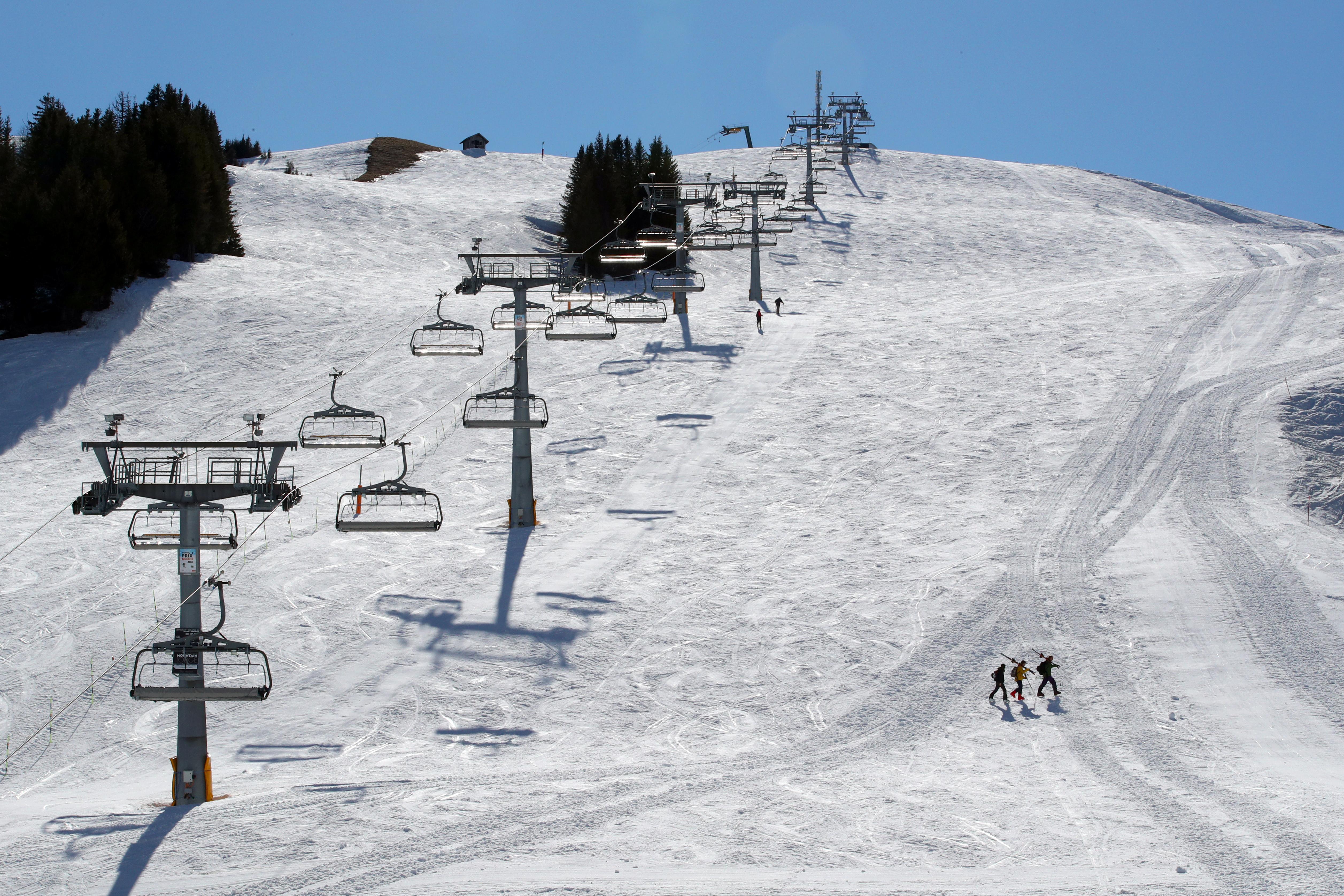 Switzerland, which has more than 1,500 confirmed cases and is wedged between badly affected European neighbors, on Friday ordered a ban on gatherings of more than 100 people, saying it applied also to ski resorts.

In the Swiss village of Champery, part of the vast Portes du Soleil resort that spans the border with France, tourists were checking out of hotels and removing skis from rental lockers. Large slope maps showed red crosses over the lifts.

“It’s sad as the snow is magnificent,” said Damien Gavillet, a 39-year-old ski instructor, at the bottom of the lift. “It’s true we are nearly at the end of the season but there are still great opportunities.”

Some determined skiers, lured by the good conditions and sunshine, didn’t let the lack of working lifts deter them and hiked up to the top on back-country skis and enjoyed empty slopes.

Others donned snowshoes and walked to the top of the slopes in bright sunshine to enjoy picnics there. Lower down, a few families with small children were sledding on the nursery slopes.

Around 5,000 people earn a living, either directly or indirectly, from tourism on the Swiss side of Portes du Soleil resort. Normally, the ski season here would last until late April, after the Easter holidays.

“It’s a catastrophe,” said a shop owner in the village, dotted with wooden chalets. “People have been leaving the village for the last 48 hours.”

Switzerland has made 10 billion Swiss francs ($10.52 billion) available in immediate assistance to mitigate the economic impact of the coronavirus outbreak, the government said on Friday.

Perhaps aware of the blow to tourism, some Swiss resorts kept lifts running on Saturday, witnesses said, but all appeared to be conforming on Sunday after Berne sent a reminder.

Some saw the bright side, noting the fact that it was a great location to avoid the crowds.

“This is an ideal place for isolation,” said a German woman.