SINGAPORE (Reuters) – A migrant in Singapore who self-harmed and was pictured bloodied in a stairwell has heightened concerns over the mental health of thousands of low-paid workers confined to dormitories in the city-state due to the COVID-19 pandemic. 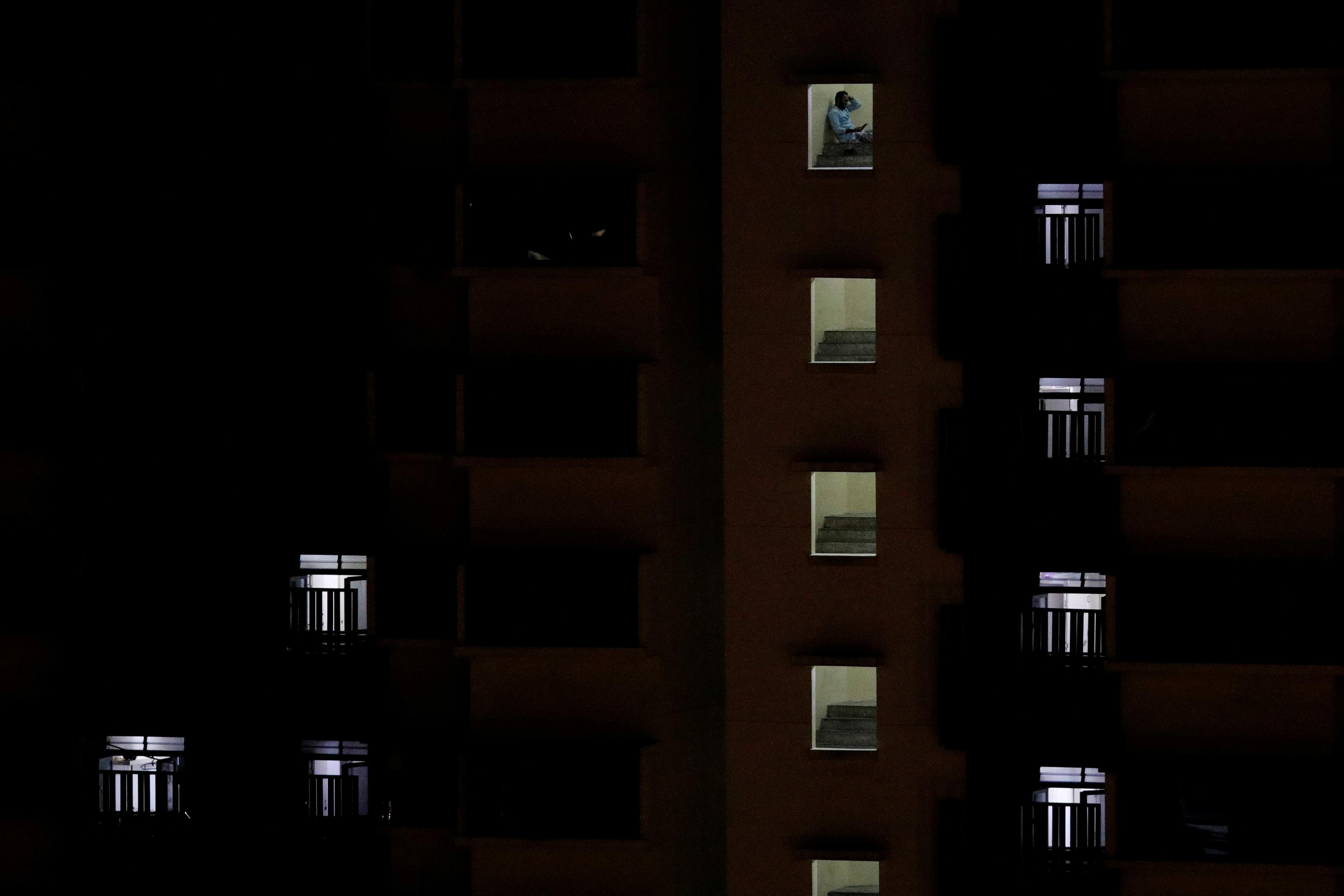 In April, Singapore sealed off sprawling housing blocks where its vast population of mainly South Asian labourers live in crowded bunk rooms, in an effort to ring-fence a surge in virus cases among the workers.

Four months on, some dormitories remain under quarantine, and even migrants who have been declared virus-free have had their movements restricted and face uncertainty over the jobs on which their families back home depend.

Rights groups say this has taken a heavy mental toll on workers, pointing to recent reports that migrants have been detained under the mental health act after videos showed them perched precariously on rooftops and high window ledges.

“We’ve heard of the extreme distress due to the inability to provide for families, inability to service debts to money lenders and banks and inability to fund medical care for children and elderly parents,” said Deborah Fordyce, president of migrant rights group, Transient Workers Count Too (TWC2).

“Many of the workers now say that the mental anguish is a more serious problem than the virus.”

Singapore has recorded over 53,000 COVID-19 cases, mainly from dormitories in which around 300,000 workers from Bangladesh, India and China are housed. Only 27 people have died from the disease in the city-state.

Authorities have said they expect to lift quarantines on all dormitories this month, with the exception of some blocks serving as quarantine zones, and that 89% of workers have either recovered or are virus-free.

But reports and images published in local media on Wednesday of a man in blood-stained clothing at the foot of some stairs have fuelled concerns about the mental toll of the lockdowns.

Singapore’s Ministry of Manpower – which has overseen the quarantines – said it was aware of the incident in which a worker had “harmed himself”, adding that he was now in a “safe and stable condition”. Police said the 36-year-old man was detained under the mental health act.

Checks had found there was no indication the man was in distress prior to the incident or was owed any salary, the ministry said in a statement, urging workers not to “act rashly” and reach out to non-governmental organisations for help.

The ministry did not immediately have further comment, but referred to previous remarks saying it was working with NGOs to address mental health needs of migrants by providing services including counselling.