SINGAPORE (Reuters) – Daily life in Singapore has been broadly unhindered while authorities on the wealthy Southeast Asian island waged their widely praised campaign to stop the spread of the coronavirus. 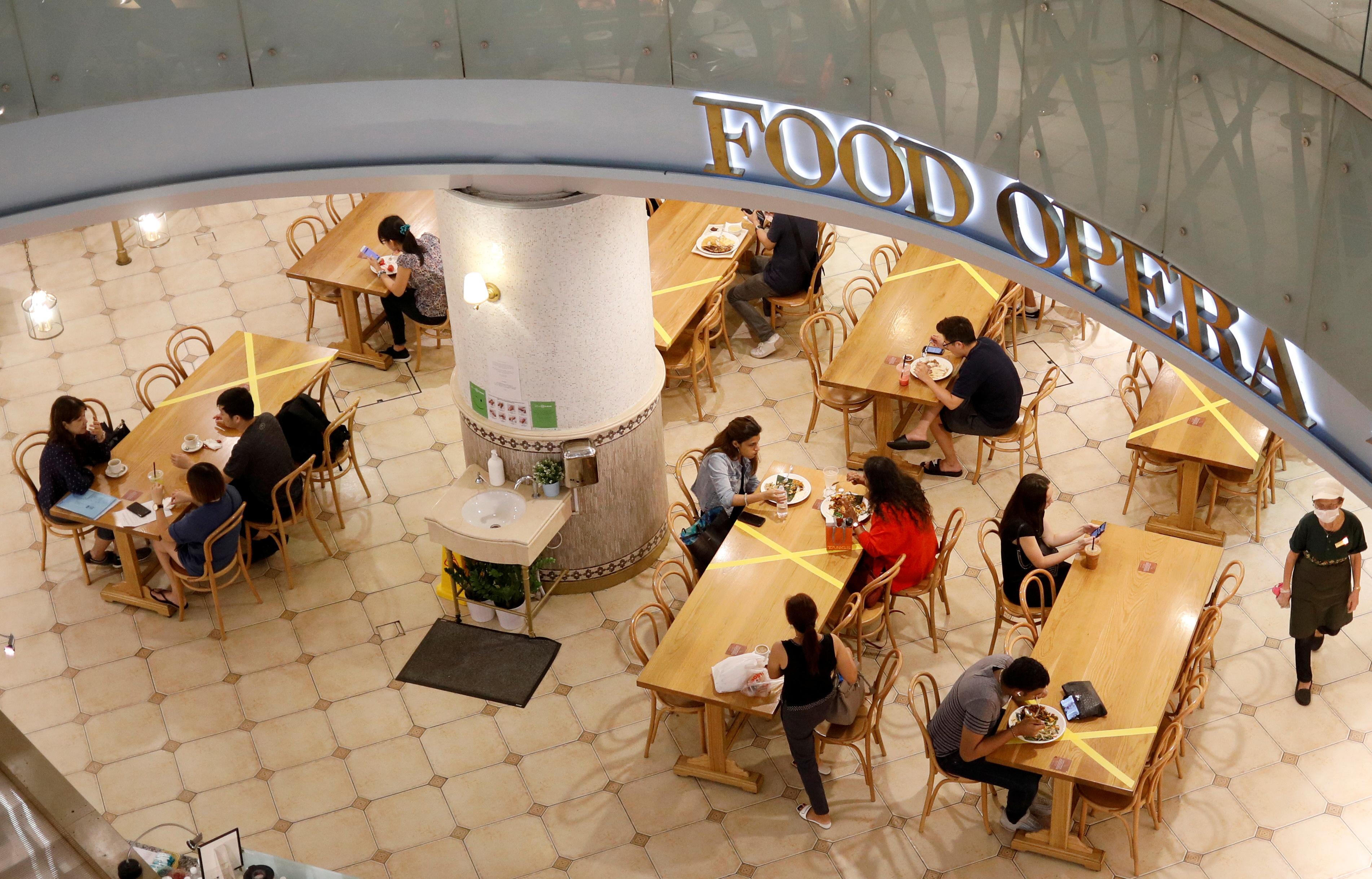 But the buzz and bustle of the city state, as portrayed in recent Netflix series ‘Singapore Social’, is finally quieting.

From Thursday, all bars and entertainment venues will close in an effort to contain a sharp rise to over 500 cases in recent days, while restaurants will stay open but with strict social distancing rules to keep customers apart.

“This is a challenge for everybody,” Azrol Ishak, a manager at bar-restaurant Brewerkz said as some customers separated by cordoned off tables sipped drinks on a veranda overlooking the Singapore River.

“Some of the restaurants are already (having) a very poor turnout and already closed down. We are still surviving…and try to sustain for another few months.”

Singapore was one of the hardest hit countries when the virus first spread from China earlier in the year, but strict contact tracing and quarantine measures appeared to have stemmed the contagion until outbreaks in Europe and the United States led to a second wave of imported cases and more domestic transmission.

Some countries like Italy and Britain have gone into complete lockdown, forcing people to stay home to slow the spread of a virus that has killed over 18,000 people globally.

The World Health Organisation’s top emergency expert on Friday held up Singapore as an example why social distancing was not necessary if other containment measures are imposed.

“It never closed its schools, it didn’t shut down its public health system, it didn’t do lockdowns,” Mike Ryan said. Offices and schools, with the exception of a few international schools, remain open in Singapore, but public gatherings of more than 10 people are prohibited under new rules imposed this week.

At chic French restaurant Merci Marcel in the Orchard Road shopping district, customers had their temperature taken and filled in travel declaration forms before dining at those tables not marked off with bright yellow tape.

Operations manager Nicolas Guidi said he has lost about 40% of covers due to regulations imposed in recent days preventing guests from sitting too close to each other.

“It’s kind of a bit scary when you come into the restaurant. You come for the experience and you see all this yellow tape everywhere..but they (customers) are happy to comply,” said Guidi.

“We have the chance as well to be in Singapore, where people have social responsibility.”