Bollywood actress Shilpa Shetty has spoken out after her husband Raj Kundra’s arrest, saying on social media “we don’t deserve a media trial”.

Millionaire Kundra was arrested on 19 July on suspicion of producing and distributing pornographic films and sent to judicial custody for 14 days last week after a court denied his bail request.

On Monday, Shilpa Shetty went on Instagram to ask people to respect their privacy for her “children’s sake” and to “refrain from commenting on half-baked information without verifying the veracity of the same”. 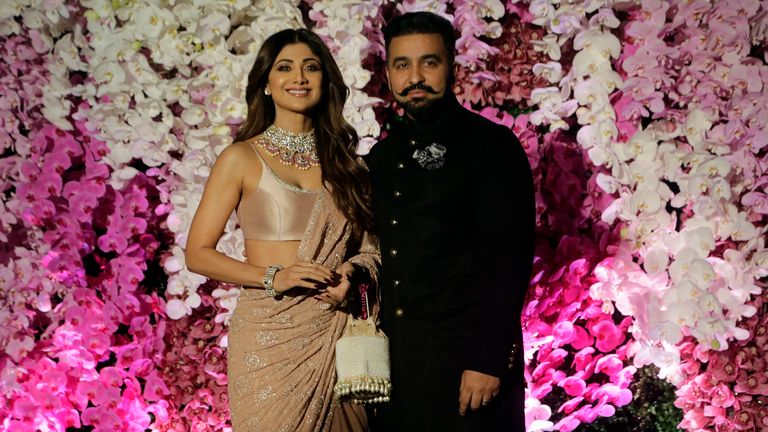 The 46-year-old said: “The past few days have been challenging, on every front.

“There have been a lot of rumours and accusations. A lot of unwarranted aspersions on me cast by the media and (not so) well-wishers as well.

“A lot of trolling/questions posed… not only to me but also to my family.”

The Celebrity Big Brother 2007 winner added that she will continue not to comment on her husband’s ongoing case, saying “please stop attributing false quotes on my behalf” and reiterating she has “full faith” in the Mumbai Police and the Indian Judiciary.

“I am a proud law-abiding Indian citizen and a hardworking professional for the last 29 years”, she said, “people have put their faith in me and I’ve never let anyone down.

“So, most importantly, I request you to respect my family’s and ‘my right’ to privacy in these times.

“We don’t deserve a media trial. Please let the law take its course.”

Kundra’s case was registered in February when police say allegations were made by a woman, who said she was forced to take part in a pornographic film in return for an acting role.

It is illegal to publish and screen “obscene material” in India, but watching it in private is permitted.