Russia has been storing “thousands of nuclear warheads and hydrogen bombs” in more than a dozen storage facilities, some of which are as close as 40 kilometres from the Ukrainian border, according to the Indian multinational English news channel WION. One site, in Belgorod-22, could be used to bring “these nukes into Ukraine” to help further destroy disputed territories. Russia has been increasingly employing the tactic of obliterating Ukrainian cities in the east, described by one Ukrainian mayor as “scorched earth tactics”, over the past few months following their retreat from Kyiv.

WION news anchor Palki Sharma said: “There is a second option, too, and that’s called tactical nuclear weapons. Russia could use those.

“These are missiles with a shorter range. These are the kind of weapons that can be used in Ukraine.

“Thousands of nuclear warheads and hydrogen bombs are stored there. 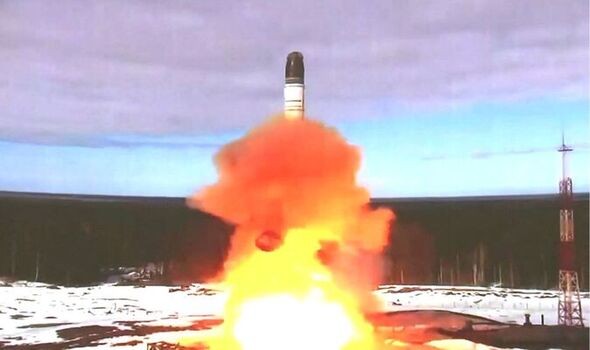 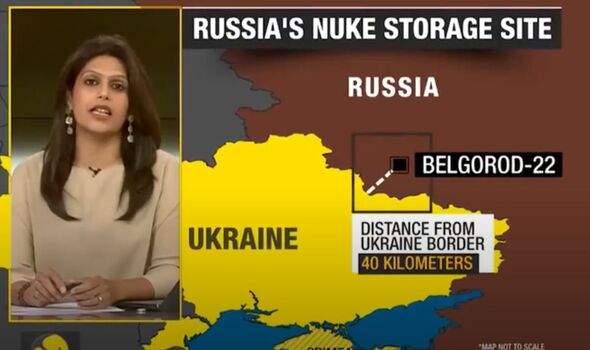 “One of these sites is Belgorod-22. It is just 40km from the Ukrainian border and it is believed that Russia stores these tactical nuclear missiles in this facility.

“Now what happens if Putin decides to launch one? This is of course a hypothetical situation but this is how it is expected to play out:

“First Russian forces go to the storage site and retrieve the weapon. They bring it back to a military base and the missile is made combat-ready.

“The warhead is mounted on the missile and then it is loaded on a plane. Russian fighter jets could then end up firing these nukes into Ukraine. Analysts say the threat of a nuclear strike is real.” 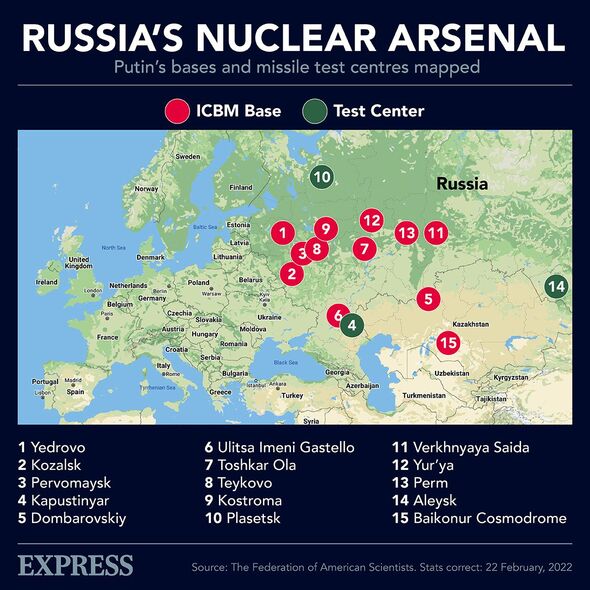 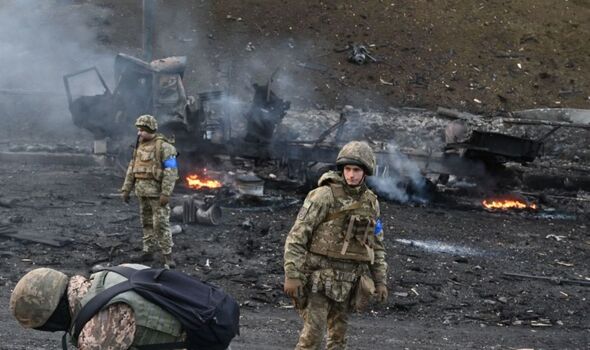 The threat comes as Ukraine said Russian forces had “fully occupied” a town south of the strategically important city of Lysychansk in the eastern Luhansk region as of Friday, while Moscow claimed it had encircled about 2,000 Ukrainian troops in the area.

The loss of Hirske and several other settlements around it leaves Lysychansk, the last major Ukrainian-controlled city in Luhansk, in danger of being enveloped from three sides by advancing Russian forces.

“There are some insignificant, local battles going on at the outskirts, but the enemy has entered.” 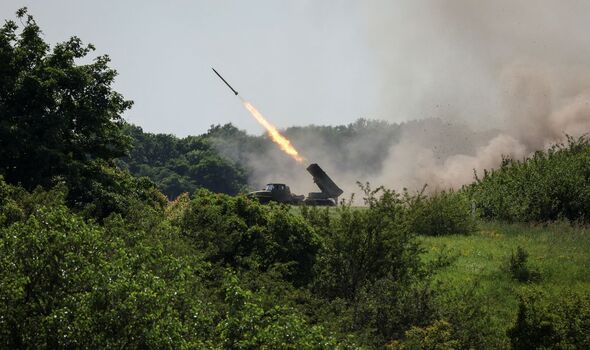 Russia’s defence ministry said it had encircled up to 2,000 Ukrainian troops, including 80 foreign fighters, at Hirske.

In its daily briefing on Friday, Russia’s defence ministry said its forces had “completely isolated” a group of Ukrainian units near Hirske and Zolote. It said it had encircled four Ukrainian battalions, an artillery group and a “detachment of foreign mercenaries.”

Half of Zolote is under Russian control, it said, adding that it was launching “uninterrupted attacks” around encircled Ukrainian forces at Hirske.

NATO plots new 200,000-strong force to ‘wipe Russia off Earth’
Ukraine told to have ‘no illusions’ over EU bid
Ukraine taunts Putin in NATO warning after US steps in
Russia loses 6 armoured trucks in one strike as Ukraine intensifies at
Russia’s plans are now ‘doomed’ as Putin ‘awakens sleeping giant’