Wild boar are becoming a more common sight on the streets of Rome, attracted by stinking piles of rubbish, at a time when the Italian capital is preparing to elect its mayor.

The animals have been increasingly drawn to the city in recent years, tempted by litter tumbling out of overflowing bins and skips.

Now wild boar have been seen trotting through northern Rome with their piglets. 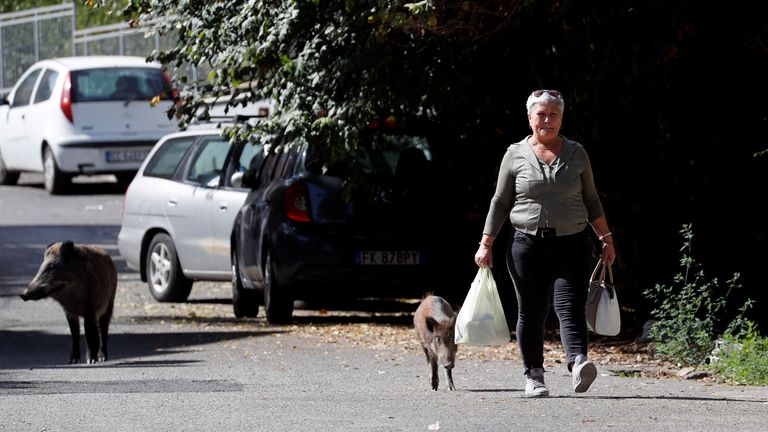 Footage showed around a dozen boar strolling past cars and pedestrians on a busy road in the northern area of Monte Mario, apparently unfazed.

Often videos of the unwelcome visitors go viral on social media and trigger a barrage of jokes.

Although the sightings are not a new issue for the Italian capital, the animals appear to be becoming more brash – causing concern among locals.

“I am scared…one time I saw them as I was going to throw the rubbish away. They came after me,” Rome resident Rosa Carletti told Reuters.

Another resident, Leonardo Zenobi, said: “We know they won’t attack us but we always keep a safe distance from them because if, by chance, there is a mother with her piglets, we risk being attacked.” With just weeks until mayoral elections in the region, the issue has been taken on by politicians.

Mayor Virginia Raggi, a member of the Five Star Movement, who is seeking re-election in the October vote, has attempted to shift the blame on to her rivals.

She accused the leaders of the surrounding Lazio region of not managing the problem and has filed legal action. 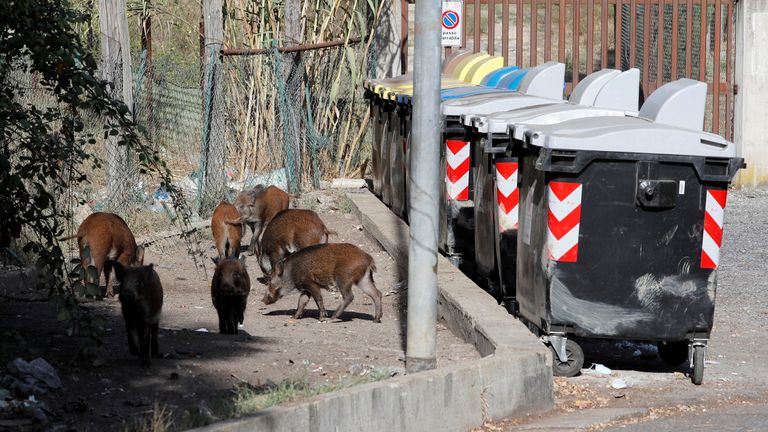 They have denied her claims and argue the management of the creatures is under the control of Rome’s various municipal councils.

Back in May, six boar forced a woman in a car park near Rome to drop her shopping bags and flee.

And last October, police killed a family of wild boar after they wandered into a children’s playground near the Vatican, with the shooting sparking outrage.