Ludovic Orban’s self-quarantine may yet be extended to other members of his administration. 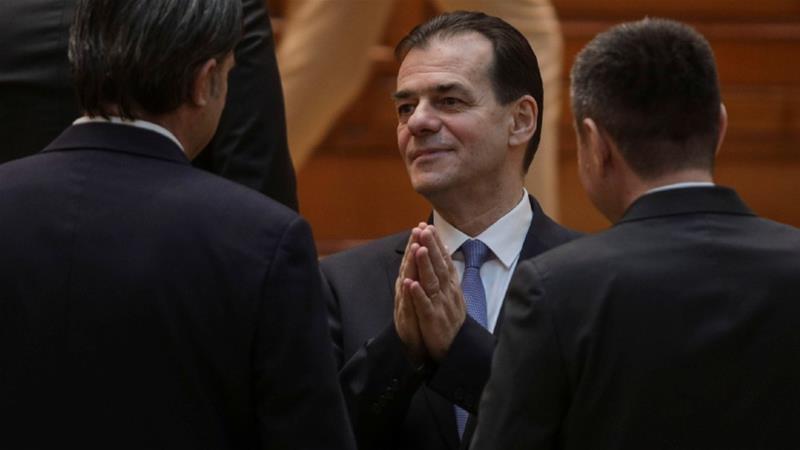 Romania’s interim Prime Minister Ludovic Orban has been asked by centrist President Klaus Iohannis to form a government and get a parliamentary vote of confidence as early as Saturday.

“I got assurances from all parties,” Iohannis told reporters after carrying consultations on the phone with political parties. “We aim to have the Parliament vote on Saturday.”

Orban, whose cabinet was removed in a no-confidence vote in Parliament last month, said earlier on Friday he would self-quarantine after attending the same meeting as a senator from his party who tested positive for the novel coronavirus.

“I will put myself in isolation … while continuing to exercise my duties,” Orban told journalists.

Orban, 56, and his ministers will all be tested for COVID-19 on Friday, possibly leading to a decision to put the whole government in quarantine, government spokesman Ionel Danca told the AFP news agency.

Apart from the premier, most cabinet members and all senators on Monday attended the meeting with the senator who was later found to be infected.

Romania, which has reported 70 cases of coronavirus infection, has ordered the closure of schools, universities and cultural establishments as well as quarantining passengers arriving from a number of countries, including Italy.