Weather forecasts have turned gloomy for the UK over the last few days, as thunderstorms have replaced sky-high temperatures and blue skies. While not usually a cause for celebration, millions of people will have welcomed the country’s first consistent rainfall in months. Anyone yet to experience the sudden washout can rest assured that rain is likely heading their way over the next few days, but it will hit some locations harder than others.

When will it rain near me?

Weather maps from forecasters at WXCharts show recent showers are part of a trend for the UK.

Rain radars on the site, which uses data from MetDesk, have detected incoming systems washing over the country this week.

Each system arrives from the west via the Atlantic but settles over a different region. 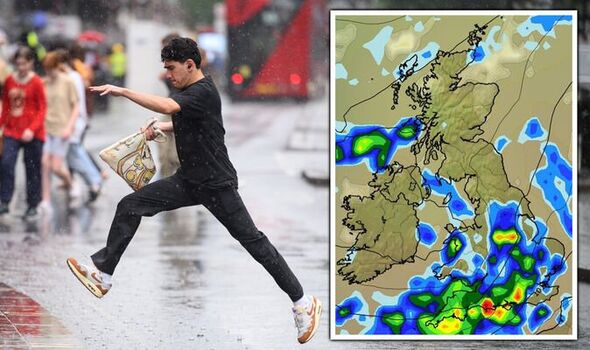 According to the rain charts, the heaviest rain today, August 17, will settle around England’s south and southwest coast.

The area is already within two Met Office warnings, but WXCharts maps show where the rain becomes the most intense.

By 3pm, the heaviest rain should pour out up to 10mm per hour over Sussex at the South Downs, leaving Chichester, Worthing and Portsmouth residents soaked.

Nearby cities like Portsmouth, Bournemouth and Poole will receive some rain, averaging between 2mm and 3mm per hour. 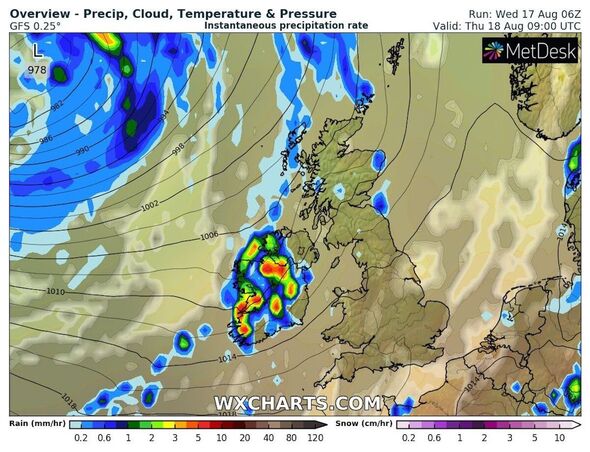 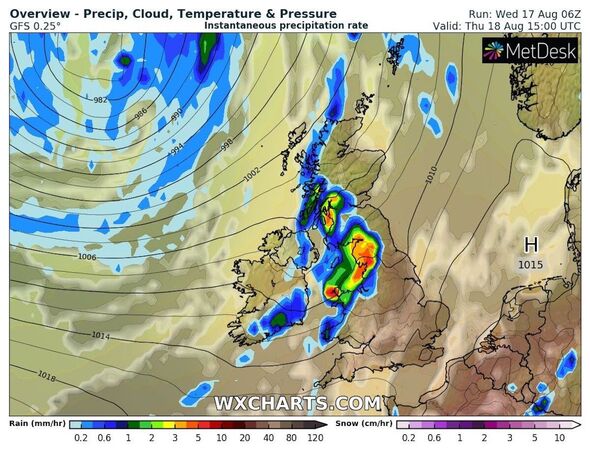 Rain on Thursday, August 18, will come via Northern Ireland and empty between 2mm and 7mm per hour over the southwest around Enniskillen by 9am.

The system should make landfall over mainland Britain by 3pm, tipping up to 1mm of steady rain per hour over the west coast of England, Scotland and Wales.

Liverpool, Blackpool, the Lake District National Park and Glasgow can expect the most, between 3mm to 5mm between 3pm and 6pm, before the system moves to Manchester and Newcastle.

Friday, according to WXCharts, should remain dry for most of the country, but the weekend will more than make up for lost time. 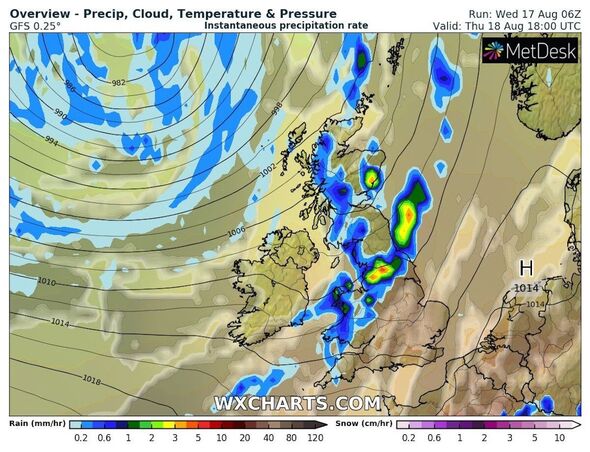 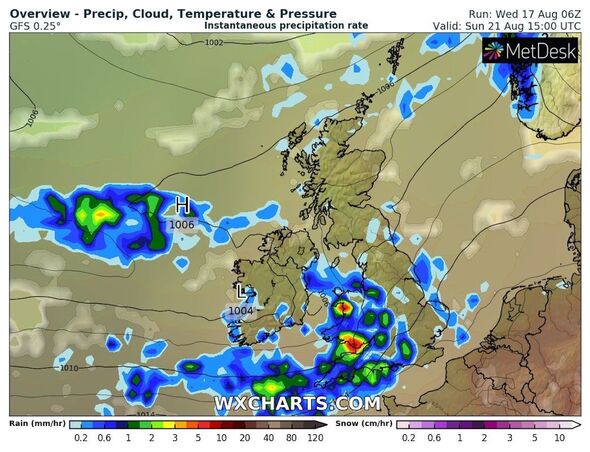 Rain will pass through Northern Ireland in the morning on Saturday, with showers around Omagh and Billycastle at 6am.

Scotland, again primarily Glasgow, can expect the heaviest rain as Saturday’s system rounds on the highlands to the city’s north.

Between 5mm and 8mm should land over the area during the early morning before causing similar rainfall over the south coast at the Galloway Forest Park.

The rain won’t make it far into England, settling around Liverpool and the west coast at its furthest south with around 1mm per hour, and most intense in Northumberland, where rainfall totals could reach 4mm.

By Sunday, the situation rapidly changes for southerners, as they will soak up most rain on August 21.

The weekend’s last system should skirt Ireland and land first in Wales with 0.2mm per hour maximum.

Rain will gradually build towards 2mm to 3mm per hour around Cardiff and the Pembrokeshire coast, with similar amounts for Cornwall Dorset, especially Plymouth.

Around 3pm, Cardiff’s rain will intensify to between 5mm and 7mm per hour, while the rest of the south coast, including Brighton, Southampton, the Isle of Wight, Bournemouth and London see similar totals by 9pm.