The invasion of Ukraine by Russia earlier this year has severely heightened tensions between Moscow and the West. So much so that leaders in the US, UK and other countries have openly discussed the need to help Ukraine while preventing direct conflict between nuclear powers. While nuclear war is now believed to be far from an imminent danger, some in the West fear that the conflict could provoke Putin to use such weapons, especially if his military is humiliated in the war. Putin put his nuclear forces on high alert in February, and Russian state TV has regularly hosted figures boasting about Moscow’s military and nuclear capabilities.

Hans Møller Kristensen, the director of the Nuclear Information Project at the Federation of American Scientists, recently discussed Russia’s nuclear weapons, noting the extent to which they would affect much of the world.

Speaking to the Wall Street Journal in March, he said: “If that was released (the nuclear weapons) it could destroy all major cities.”

He added, however, that Russia using its nuclear weapons is not an immediate threat: “It’s one thing to rattle the sword and warn your adversaries that you have this capability by doing exercises or increasing alert.

“It’s another step to actually use nuclear weapons because, once you do, all bets are off in terms of how destructive this new phase is going to be.”

Data from the Federation of American Scientists shows that Russia narrowly has the biggest nuclear weapons arsenal with 5,977 warheads. 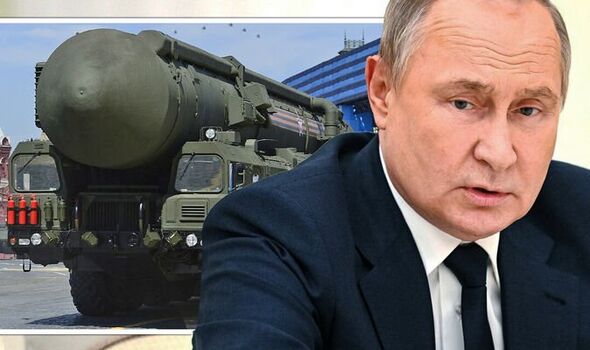 The director of national intelligence in the US, Avril Haines, warned in May that Putin would use nuclear weapons if pushed into a desperate position.

She told the Senate: “We do think that [Putin’s perception of an existential threat] could be the case in the event that he perceives that he is losing the war in Ukraine, and that NATO in effect is either intervening or about to intervene in that context, which would obviously contribute to a perception that he is about to lose the war in Ukraine.

“There are a lot of things that he would do in the context of escalation before he would get to nuclear weapons, and also that he would be likely to engage in some signalling beyond what he’s done thus far before doing so.”

Last month, Putin appeared to try to pacify tensions between Russia and the West after months of veiled threats. 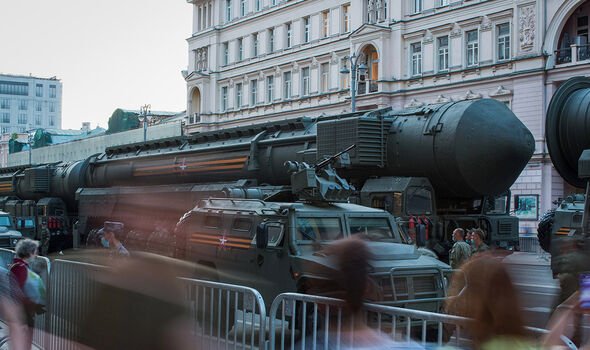 In a statement, the Russian President warned against nuclear war, saying there would be “no winners”.

He added: “We proceed from the fact that there can be no winners in a nuclear war and it should never be unleashed, and we stand for equal and indivisible security for all members of the world community.”

This did not stop him from threatening countries trying to thwart his progress in Ukraine, however, after he added: “Whoever tries to hinder us should know that Russia’s response will be immediate.

“And it will lead you to such consequences that you have never encountered in your history.” 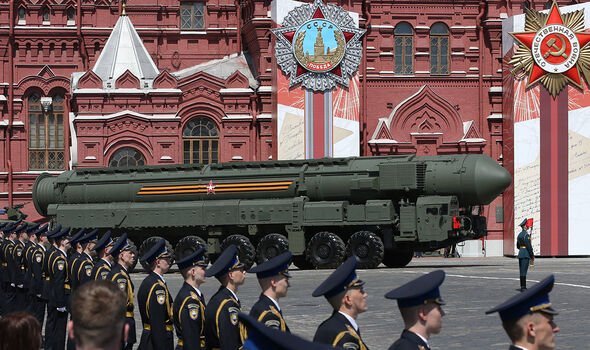 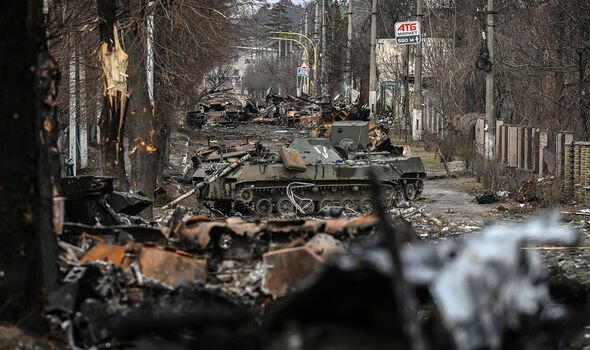 On Tuesday, Russia’s defence minister, Sergei Shoigu, also said that there is “no need” to use nuclear weapons in Ukraine.

He added: “From a military point of view, there is no need to use nuclear weapons in Ukraine to achieve the set goals.

“The main purpose of Russian nuclear weapons is to deter a nuclear attack.

“The media are spreading speculation about the alleged use of Russian tactical nuclear weapons in the course of the special military operation, or about the readiness to use chemical weapons. All these informational attacks are absolute lies.”