In a stark warning yesterday, the Ukrainian President vowed any “particularly ugly” attacks on August 24 would be met with a “powerful response”. In his nightly address, he praised the devotion to freedom that had been shown by his people during the invasion, and renewed his pledge to recapture Crimea.

Today marks 31 years since Ukraine broke away from the Soviet Union as the communist bloc collapsed.

But the annual military parade that usually runs through the streets of Kyiv to mark the occasion will not take place this year – nor will major celebrations take place in any part of the country.

Mr Zelensky said that though it was an important day amid the fight for self-determination, Russia was not averse to targeting civilians. 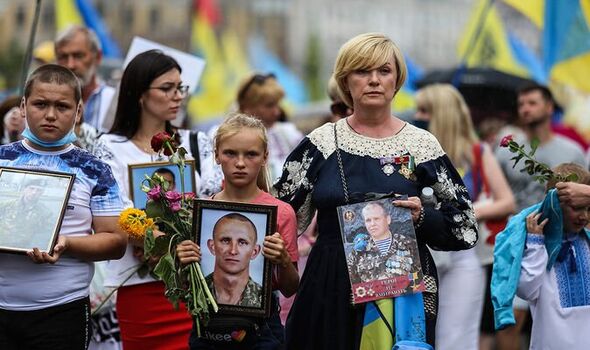 He warned: “[Today] is an important day for all of us. And that is why this day, unfortunately, is also important for our enemy.

“We must be aware that hideous Russian provocations and brutal strikes are possible.

“The Armed Forces of Ukraine, our intelligence, special services will do everything to protect people – as much as possible. And we will certainly respond to any manifestation of Russian terror.”

The Ukrainian President urged citizens to follow the regional safety precautions that had been put in place, and said that commemorations would instead celebrate individuals who had “contributed to our strength” during the horror war. 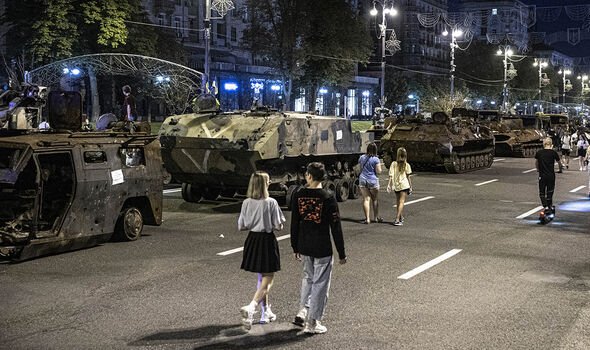 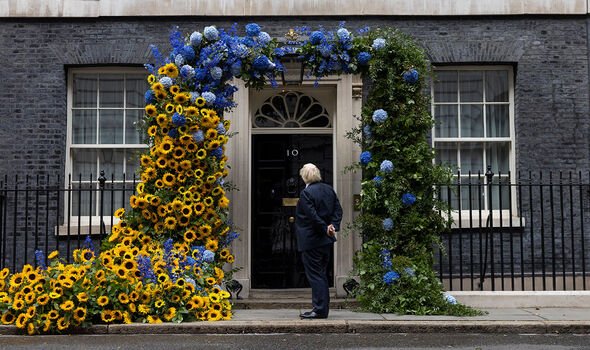 This would include “our warriors” and “all those who help warriors”, but also “communication officers, railwaymen, rescuers, media workers” as well as “utility workers, electricians, drivers, volunteers, officials, athletes, artists”.

He explained that he had asked organisations and ministries to nominate potential award winners, and gave the decision of who deserved to win to the Ukrainian people.

Yesterday marked Ukraine’s Flag Day. Mr Zelensky said: “Our national flag has become a global symbol of courage. A symbol of all who value a free life. 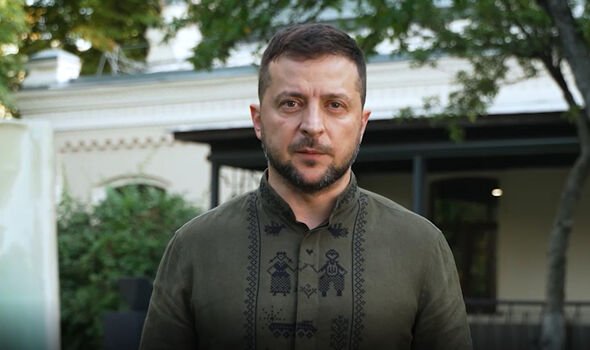 “Our flag is everywhere – from the frontline, where our warriors beat the enemy, to capitals on all continents, and it means one thing everywhere: humanity.

As Ukraine braces for a Russian onslaught, Governments and leaders from around the world responded in solidarity to its latest Independence Day.

In Downing Street, the door to Number 10 was last night framed with an arch of yellow sunflowers – Ukraine’s national flower – and blue lilac. 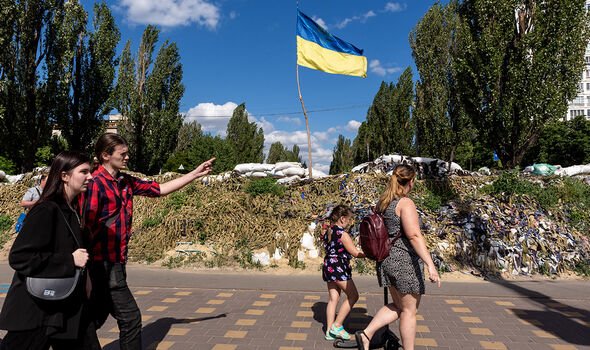 A statement read: “The United Kingdom will continue to stand with our Ukrainian friends – now and in the future.”

And yesterday, the Scots Guard band paid tribute to Ukraine by performing a rendition of their winning Eurovision song Stefania. Britain will host the song contest next year while Ukraine is unable, but has pledged to make it a celebration of the eastern European nation’s culture.

Meanwhile, America, the self-described Land of the Free, is expected to announce a fresh $3billion (£2.5billion) in aid today to train and equip Ukrainian troops in a longer-term military campaign.

US officials revealed that the package would include three types of drones, weapons and ammunition.

He added: “You can continue to count on NATO’s support, for as long as it takes. […] Ukraine must prevail, and Ukraine will prevail.”