The Russian leader announced the new weapons in a speech on Sunday while celebrating Russia’s Navy Day. Navy Day is a Russian holiday which is celebrated yearly and celebrates sailors by holding a naval parade along the Neva River in St Petersburg.

In his speech, Vladimir Putin said the new Zircon hypersonic cruise missiles can travel nine times the speed of sound, which is around 7,000 mph.

The Russian leader claims Russia has been developing these missiles for years and that they will start being deployed in the upcoming months.

He claimed the missiles “have no equivalent”.

He added: “The key thing here is the capability of the Russian navy. It is able to respond with lightning speed to all those who decide to infringe on our sovereignty and freedom.” 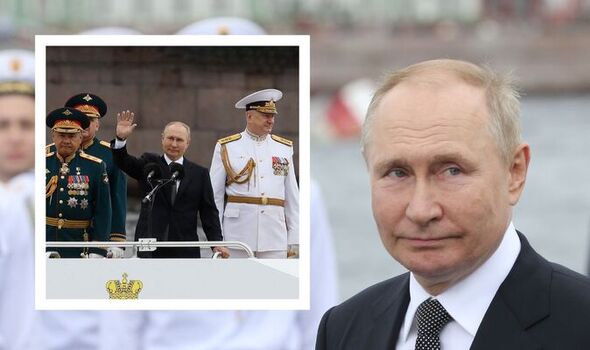 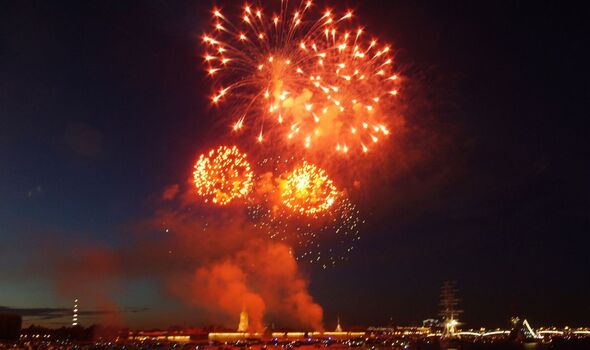 Shortly before the speech, Putin also signed a new naval doctrine that states the United States is Russia’s biggest threat.

The doctrine states that the “strategic policy of the USA to dominate the world’s oceans” is a threat to Moscow.

The document also sets out strategic aims for Russia’s navy which include turning Russia into a “great maritime power”.

Although Putin did not mention the Ukraine war in his naval parade speech, the doctrine calls for the “strengthening of Russia’s geopolitical position” in the Sea of Azov and the Black Sea, which both border Ukraine. 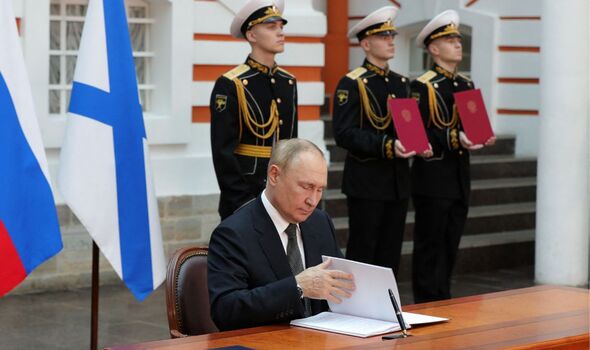 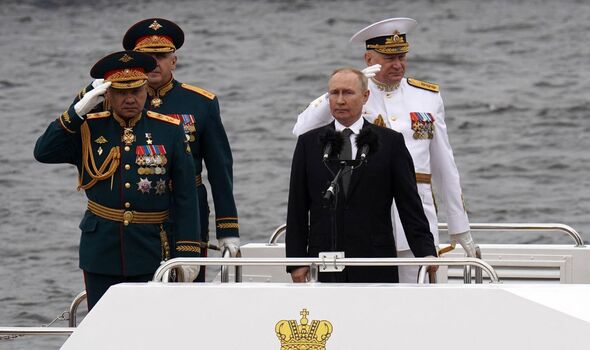 Navy Day in St Petersburg went ahead after celebrations were cancelled in Russian-annexed Crimea.

The Russian Black Sea fleet was attacked by a drone which injured five members of staff.

Mikhail Razvozhayev, Russian-installed governor of Sevastopol where the attacks took place, has accused Ukraine of trying to “spoil Navy Day for us”.

Mr Razvozhayez said: “All celebrations have been cancelled for security reasons.” 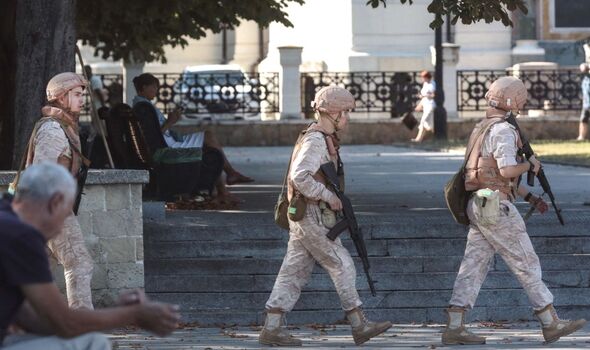 Ukraine has denied any responsibility for the attacks.

They claim Russia staged the attack in order not to hold any Navy Day celebrations in Crimea, as warships would be vulnerable to attack.

Sergey Brarchuk, a Ukrainian military spokesman, said: “The liberation of our Crimea from the occupiers will take place differently and much more effectively.”

The Russian Black Fleet has been responsible for blocking Ukraine’s trade and halting the country’s economy.

The fleet has managed to stop grain from leaving five of Ukraine’s ports, which has led to food shortages and price rises.

Last week, Russia and Ukraine both signed an UN-led agreement to allow food exports, but no grain ships have yet left Ukraine despite President Zelensky saying ships are ready.