The move is expected to be a breakthrough that may mark a turning point in the war that began on February 24. Kyiv said its military had recaptured swaths of territory in a thrust centred on the region around Kharkiv, Ukraine’s second-largest city.

Russia later acknowledged a section of its frontline had crumbled southeast of Ukraine’s second-largest city Kharkiv.

Vitaly Ganchev, head of the Russian-backed administration in the Kharkiv region, said on state television: “The enemy is being delayed as much as possible, but several settlements have already come under the control of Ukrainian armed formations.”

Ukrainian President Volodymyr Zelensky later said Kyiv’s forces had liberated more than 30 settlements in the Kharkiv region so far and that fighting continued in the eastern Donbas region and the south.

In a video address, the President said: “Our army, intelligence units and the security services are carrying out active engagements in several operational areas. They are doing so successfully.” 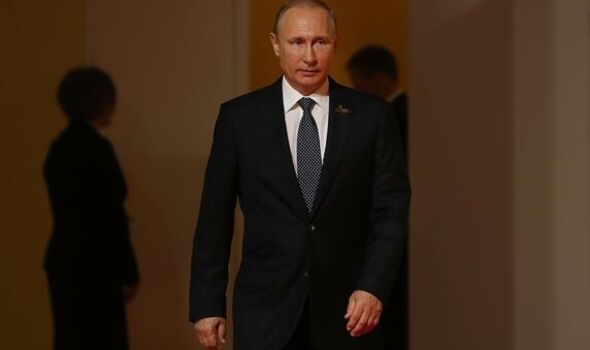 Russia has taken control of around a fifth of Ukraine since its troops invaded on February 24 in what Moscow calls a “special military operation” to “disarm” Ukraine.

The Kyiv government and its Western allies accuse Russia of an imperial-style war of aggression.

The Russian defence ministry released video of military vehicles speeding along a highway, saying they showed reinforcements rushing to defend the area.

One image showed troops by a highway welcome sign for Kupiansk, previously more than 50 km inside Russia’s front line.

The city is an important target as the junction of several of the main railway lines supplying troops at the front.

Mr Ganchev had said his administration was trying to evacuate civilians from cities including Izium, Russia’s main stronghold and logistics base in the province.

President Zelensky’s adviser Oleksiy Arestovych, in a video posted on YouTube, said the Russian defenders in Izium were almost isolated.

Citing what he described as reports from the front line, Mr Arestovych said hundreds of Russians had died so far and several hundred more had been taken prisoner.